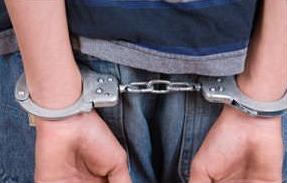 "Outright innocence is not sufficient to escape the brutality of detention."

If you reside in America and it is dinnertime, you have almost certainly broken the law. In his book Three Felonies a Day, civil-liberties lawyer Harvey Silverglate estimates that the average person unknowingly breaks at least three federal criminal laws every day. This toll does not count an avalanche of other laws — for example misdemeanors or civil violations such as disobeying a civil contempt order — all of which confront average people at every turn.

An article in the Economist (July 22, 2010) entitled "Too many laws, too many prisoners" states,

Between 2.3m and 2.4m Americans are behind bars, roughly one in every 100 adults. If those on parole or probation are included, one adult in 31 is under "correctional" supervision. As a proportion of its total population, America incarcerates five times more people than Britain, nine times more than Germany and 12 times more than Japan.

By contrast, in 1970, less than one in 400 Americans was incarcerated. Why has the prison population more than quadrupled over a few decades? Why are you, as an average person and daily felon, more vulnerable to arrest than at any other time?

There is a simple answer but no single explanation as to how the situation arose or why it continues to accelerate out of control. The answer: a constant flood of new and broadly interpreted laws are criminalizing entire categories of daily life while, at the same time, the standards required for arrest and conviction have been severely diluted. The result is that far too many people are arrested and imprisoned for acts that should not be viewed as criminal at all or should receive minimal punishment.

In some cases, the violated laws are so obscure, vague, or complicated in language that even the police are ignorant of them. In other cases, outright innocence is not sufficient to escape the brutality of detention.

(Note: the following examples are selected to illustrate the wide range of criminalization that is occurring and so their circumstances differ significantly from each other. Nevertheless, they share certain factors: the criminalization of harmless, trivial acts; the enforcement of unreasonable rules; the severity with which any noncompliance is punished; the indifference to the human devastation wrought by law.)

In 2005, while a passenger in his family car, Anthony W. Florence was mistakenly arrested for a bench warrant on traffic tickets he had already satisfied; the proof of payment he carried was to no avail. During seven days in jail, Florence was strip-searched twice, even though the guards admitted they had no reasonable suspicion of contraband. He was otherwise deprived of rights; for example, guards watched him shower and forced him to undergo a routine delousing.1

Eventually released, the attempt to get justice has taken Florence years. On October 12, the United States Supreme Court is scheduled to hear Florence v. Burlington, et al., in which the question is "whether the Fourth Amendment permits a jail to conduct a suspicionless strip search of every individual arrested for any minor offense no matter what the circumstances."2

According to his lawsuit, Florence is joined by people who were similarly treated after being arrested and jailed for such crimes as "driving with a noisy muffler, failing to use a turn signal, and riding a bicycle without an audible bell."

In 2003, "three pickup trucks" with "six armed police in flak jackets" pulled up to 66-year-old George Norris's house in Texas.

Norris was detained for four hours while they ransacked his home and confiscated 37 boxes of possessions without offering a warrant or an explanation. In March 2004, Norris was indicted under the Convention on International Trade in Endangered Species for "smuggling" the orchids he had ordered and paid for to run a side business. Norris was thrown into the same cell as a suspected murder and two suspected drug dealers.3

Prosecutors described Mr. Norris as the "kingpin" of an international smuggling ring. He was dumbfounded: his annual profits were never more than about $20,000. When prosecutors suggested that he should inform on other smugglers in return for a lighter sentence, he refused, insisting he knew nothing beyond hearsay. He pleaded innocent. But an undercover federal agent had ordered some orchids from him, a few of which arrived without the correct papers. For this, he was charged with making a false statement to a government official, a federal crime punishable by up to five years in prison. Since he had communicated with his suppliers, he was charged with conspiracy, which also carries a potential five-year term.

Unable to pay legal bills, Norris pleaded guilty and was sentenced to 17 months. For bringing prescription pills into prison, he was thrown into solitary confinement for 71 days. But "[t]he prison was so crowded … that even in solitary he had two room-mates."

In 2000, a poor kid from foster care named T.J. Hill thought he had found a path to success when he received a wrestling scholarship to Cal State Fullerton. School did not work out, and he was arrested in 2006 for possession of psilocybin (mushrooms).

He was put on five years' probation with a suspended imposition of sentence. In other words, if he completed his probation successfully, he would not have a criminal record.4

In November 2008, he left the state and a warrant was issued for his arrest. Although the original charge was minor and no further illegal activity occurred, T.J. was jailed on $100,000 bail to prevent flight risk. His family has spent thousands on legal fees. Now well known for his volunteer work with children, even police officers are hoping T.J. escapes more jail time. As one of them said, "He's a good guy. He's changed lives." Whether he will be allowed to continue doing so or will become dehumanized through a senseless, brutal imprisonment waits to be seen.

Such stories abound. Most share characteristics with the foregoing three. For example, the criminal activity being punished is trivial and violates no one's rights. The crimes are mala prohibita rather than mala en se. The first refers to crimes that exist only because rules were passed to control people's nonviolent behavior, like the buying of orchids; the second refers to crimes that exist because the acts are intrinsically wrong, like rape. Another characteristic shared: the punishments are extreme and any attempt to correct them is often ruinously expensive in terms of time and money. But the ultimate punishment is usually the police record that follows these "criminals" for life, shutting off worlds of opportunities.

Ask yourself, How different am I from Florence, with his paid-up-but-still-punished traffic tickets? Or from Norris, who accidentally purchased a harmless but illegal flower? Or from T.J. who made a mistake by breaking a malum prohibitum law against drugs?

If something similar happens to you or your children, do you want the lives of those you love to be destroyed by clerical error, understandable ignorance, or a youthful mistake? With every passing law, that prospect becomes more probable.

What Path to Justice?

Even thinking about how to shift a government system toward freedom or justice can be exhausting. The penal system is particularly daunting because its raw brutality seems to leave no room for reason. Fortunately, the best approach may be to address the penal system's precursors: the legislatures that create laws, the law enforcement and judiciaries that impose them. Without fundamental change at the early stages, effective change at the final stage of imprisonment is unlikely.

"The penal system is particularly daunting because its raw brutality seems to leave no room for reason."

Libertarianism has evolved sophisticated theories of what constitutes a proper justice system and how to implement it. One of the most popular theories is based on restitution, rather than retribution or punishment. Restitution is the legal system in which a person "makes good" on a harm or wrong done to another individual and does so directly; if you steal $100, then you pay back $100 and reasonable damages directly to the victim of your theft. You do not pay a debt to society or to the state by going to prison. You do not undergo "punishment" other than the damages assessed. You make your victim "whole" — and, perhaps, a bit more for his trouble.

Restitution is inherently self-limiting in how much the perpetrator is processed by the system. Beyond what is necessary to guarantee that the harm or wrong is repaired, there is no need for a perpetrator to relinquish any of his rights. A thief need not be caged to pay back $100 plus damages; all he needs to do is pay it back. There is no need for the currently huge prison industry nor the degradation of society that accompanies it.

To accomplish this, legal scholar Randy Barnett advocates sweeping away the entire criminal justice system. In its place, he proposes to establish a broadened civil-court system that adjudicates civil liabilities and damages. Many critics object to the pure restitution model; for example, they claim restitution cannot adequately redress crimes like murder. Whatever the merits of such objections, it is clear that restitution can address the great majority of harms and wrongs. Moreover, if an action required the presence of an actual victim whose person or property had been injured, then most current laws would fall off the books. Prisons would be spacious.5

Fortunately, smaller steps than outright revolution can offer relief to many people suffering from the injustice of our legal and penal systems. These steps include

The list could be much longer. But the implementation of any one of the foregoing and simple protections of justice could save misery or ruination for many thousands of innocent people.

Why are such reforms unlikely to occur?

Legislators have a strong incentive to call constantly for more laws and stricter enforcement. Until a large enough voter or protest base has been victimized by the law and demands change, politicians are rewarded for continuing that call. Being "hard" on crime is not merely a vote winner but also gives the state apparatus, on which the hands of legislators rest, much greater social control. Meanwhile, the asset forfeiture that often accompanies arrests can turn a tidy profit, not merely for the state but especially for the police departments that absorb the assets.

Moreover, hordes of unionized people now have well-paying, plush-benefited jobs in the legal and penal systems. If 90 percent of arrests and imprisonments were eliminated then 90 percent of those jobs might disappear.

And so you and your children are likely to continue living under the constant threat of arrest by an arbitrary power against whom you either have no defense or a defense that could be ruinous. You will continue to live in a police state.