GET NEWS AND ARTICLES IN YOUR INBOXPrint
A
A
Home | Mises Library | Cooperation: How a Free Market Benefits Everyone

Cooperation: How a Free Market Benefits Everyone 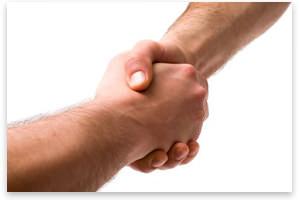 The following attempts to explain the most important idea in the history of social analysis. The notion (actually, it's a description of reality that is all around us but rarely noticed) has been around for centuries. It was first observed by ancients. It was first described with rigor by late-medieval monks working in Spain. It was given scientific precision in the classical period. It is the basis of advances in social theory in the 20th century.

In fact, it is an essential part of the case for freedom. It was the basis of the belief of our ancestors that they could throw off tyrannical rule and still not have society descend into poverty and chaos. The failure to comprehend this idea is at the very root of the pervasive bias against liberty and free enterprise in our times, on the Left and the Right.

This law — a law like gravity, not a law like the speed limit — is a description of why people cooperate and the ubiquity of the conditions that lead to this cooperation. If you can take a few minutes to learn it, you will understand how it is that society functions and grows wealthy even without a visible hand directing its path. You will also see how the criticism that the market economy leads to the strong dominating the weak is actually a sham.

This law shows how it is that people can gain, materially and in every other way, by working together rather than working in isolation. They don't just gain the sense of satisfaction that comes with participation in solidarity with one's fellow man; they can actually gain in the real stuff of life, the goods and services that are available to us all.

What's more, they gain more than the sum of their parts. Through cooperation and exchange, we can produce more than if we work in isolation. This applies in the simplest economic settings as well as the most complex ones.

It helps to lay this out more rigorously so that you can observe the magic of the marketplace at work. (I owe the following exposition to Ludwig von Mises in Human Action, Murray Rothbard in "Freedom, Inequality… " and, especially, Manuel Ayau's Not a Zero-Sum Game, which is available through Mises.org.)

Let's say you and I can both make bagels and pies. But there's a problem: you make both with incredible efficiency. In fact, you do a better job at making bagels and pies than anyone who has ever lived. You are the world-class, all-time champion.

Meanwhile, I'm not so hot at either. My bagels taste as good as yours, but they seem to take me an age to make. My pies are the same way. I struggle and struggle, but try as I might, I just can't seem to crank them out the way that you can.

What is likely to happen under these conditions? The intuitive answer, which you will hear in just about every sociology class in the country, is that you will make all bagels and pies. No one else will. You will lord it over the rest of us, and have massive market power. If anyone wants either, he or she must come to you and you alone. You are privileged, favored, rich, powerful, and the rest of us can only sit in awe and beg from you.

But in fact, that's not what happens at all. Let's back up a bit and see why.

If we both work at this pace, the total production is 18 bagels and 8 pies.

Just looking at this, you might observe that you have your act together, whereas I'm pretty shabby. What chance in life do I have?

Well, my hope is bound up with the reality that your time and resources are scarce and you want ever more of each. So you begin to think about exchange. Even though I'm not very good at either pies or bagels, you can still see that you can make more of one thing or the other by encouraging our cooperation, thereby freeing up your time to do what you do best.

If you specialize in making pies, you still need some bagels. So you plan to exchange pies for bagels from me. With this thought in mind, you increase pie production and reduce bagel production. I, on the other hand, stop pie production completely and devote myself to bagel production in hopes of fobbing them off on you.

So you now spend a mere 8 hours on bagel making, in which time you produce 8 bagels; in the remaining 16 hours of your day, you are able to bake 8 pies. Meanwhile, I can now devote all of my time to bagel-making, and I turn out 12 bagels in 24 hours.

So what is the gain here? Precisely two bagels. Can you believe it? Nothing else changed; there was no increase in our productive potential, no increase in technology, no change in consumer demand or the weather or the linearity of history itself. All that happened is that we agreed to produce in cooperative exchange rather than isolation, and voilà — two additional bagels.

You think there's a trick? Go back and check the numbers and the assumptions. I'm just as shabby as ever, and you are just as fabulous. And yet there's a role for both of us.

Let's say we now exchange the goods we make. You might give me 2 of the pies you made in exchange for 5 bagels that I made. That leaves you with 13 bagels and 6 pies, while I now have 7 bagels and 2 pies.

This would be reasonable, since those bagels you buy from me would have cost you 5 hours of production time. True, it took me 10 hours to make them, but what do I get if I exchange? I get 2 pies, which would have taken me 12 hours to make. So there is a sense in which I, by specializing, have saved 2 hours. And how many hours have you saved by encouraging me to make bagels? Five hours, during which time you made pies.

So who gained the most? In terms of bagels, we gain the same: one. In terms of time, I have gained more. In terms of pies, you have saved more. Who is the winner? Both of us. Again, what made us gain? Cooperation and exchange. Nothing more.

Now, you might say that this is absurd. No one sits around drawing exchange matrixes to see how we might benefit by dividing up the production. But in fact, we do this all the time. I might be a wonderful musician and web programmer. But my advantage is web programming, so I leave the music production to other people, even if they do it less effectively.

It's true in the business world: the boss might do an amazing job at accounting, clean-up, marketing, and customer support. He or she might do these things more efficiently than anyone else, but the cost of doing one thing is another thing given up. It makes sense to depend on others so that we can all specialize.

Consider the great 19th-century pianist Franz Liszt. He was the best and mostly highly paid musician in Europe. Let's say he was also a great piano tuner. Would it make sense for him to give up practice time for a concert that would pay him $20,000 in order to tune his own piano? Not at all. He would rather pay someone $200 to do that. The opportunity cost of piano tuning for Liszt was very high, but for the tuner, it was very low. They exchange, and both benefit.

It is the same with doctors and nurses. The doctor might be great at prepping patients, but in doing so the doctor is giving up performing another surgery that would cost him many thousands of dollars.

Note that this makes sense even if one person has an absolute advantage in each area. What matters for the real world is not absolute advantage but comparative advantage. That is where the law of association comes into being. It is true for two people, two hundred people, two thousand people, or all people all over the world. Herein we have the case for international trade, for it changes nothing about the mutual advantage for people that they reside in different lands.

This is why it makes sense for both poor and rich countries to trade, as noted by Bartolomé de Albornoz as early as the 16th century:

If it were not for these contracts, some would lack the goods that others have in abundance, and they would not be able to share the goods that they have in exchange with those countries where they are scarce.

Note that these gains come not from design but merely from the freedom to associate, which Pope Leo XIII called a human right in his encyclical Rerum Novarum:

If [the state] forbids its citizens to form associations, it contradicts the very principle of its own existence; for both they and it exist in virtue of the same principle, namely, the natural propensity of man to live in society.

Both the moral and practical advantages were reiterated by Pope John Paul II in Centesimus Annus:

It is becoming clearer how a person's work is naturally interrelated with the work of others. More than ever, work is work with others and work for others: it is a matter of doing something for someone else. Work becomes ever more fruitful and productive to the extent that people become more knowledgeable of the productive potentialities of the earth and more profoundly cognizant of the needs of those for whom their work is done.

The law was formalized by David Ricardo in England, and further emphasized by economists ever since. The significance is impossible to exaggerate: It means that it is not necessary that all people of the world have the same talents in order to benefit from cooperation. In fact, it is the very diversity of the human population that makes it advantageous for them to work together and trade to their mutual benefit.

What this means is that isolation and self-sufficiency lead to poverty. Cooperation and the division of labor are the path to wealth. Understand that, and you can refute libraries full of nonsense from both the Left and the Right.