GET NEWS AND ARTICLES IN YOUR INBOXPrint
A
A
Home | Mises Library | Conscription of Men, Women, and Resources

Conscription of Men, Women, and Resources 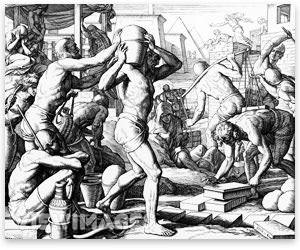 Should we be conscripting people into the military or community service programs of some sort? Whether the government should require "national service" is a perennial issue that has enjoyed renewed emphasis during this time of economic strife, but let's not mince words. What is compulsory national service but a type of slavery?

We can sing the praises of the ennobling and embiggening effects of time in the military or time in the peace corps, but this loses its luster when the ennobling and embiggening are done at the point of a gun. "Service" extracted at the point of a gun is not honorable. It is tragic. Furthermore, conscription is a backdoor way of increasing the state's burden on society in a way that is more difficult to measure than taxing and spending. The use of compulsion suggests ipso facto that resources are being wasted.

Some may argue that this is an exercise in incendiary rhetoric, but it is also correct: compulsory service is slavery by definition. Call a spade a spade. Milton Friedman did when he referred to the conscripted army that was fighting in Vietnam as an army of slaves. They were: they went to Vietnam as a result of threats against life and limb. Some who took a principled stand against the war and in line with their convictions, like Muhammad Ali, were stripped of some of the most productive years of their lives.

Even if we grant the standard arguments in favor of national defense and in favor of a draft — e.g., national defense is a public good that will be underprovided by the private marketplace; it is unfair that the children of the poor should find it disproportionately attractive to fight in order to defend the property of the rich; etc. — it is unlikely that the political process can improve on the market (or its close substitutes).

If public officials are to presume themselves responsible stewards of the resources with which they have been entrusted, this demands a thorough accounting for the epistemological problems associated with conscripted resources versus voluntary exchange. Robert Higgs offers a wide-ranging criticism of the military draft in his classic Crisis and Leviathan. This generates real insight into the problems of national service and conscription.

Higgs points out that people were slow to volunteer after the United States entered the war (p. 131). In spite of Woodrow Wilson's stated opposition to conscription, he moved forward with a draft law that had been sent to Congress "the day before the declaration of war" (Higgs 1987:131).

Conscription carries with it the abrogation of all that is free about a free society. Ramped-up patriotic rhetoric attempted to convince the public that the draft was legitimate, and the government persecuted participants in anticonscription movements (Higgs 1987:133). The government drafted over 2.8 million men during 1917 and 1918, and Higgs speculates that many volunteers joined because they would have assigned to worse duty had they been drafted (Higgs 1987:134). Predictably, the draft was subject to political gamesmanship, corruption, and favoritism among local draft boards (Higgs 1987:133–34).

In his classic Economics in One Lesson, Henry Hazlitt defined "the art of economics" as the process of tracing out the consequences of any action or policy on all groups rather than on the groups the policy is intended to help. To protest that an empirical regularity, like corruption in government action, is unintended is not to excuse the policy in any meaningful way. Indeed, if a "well-intentioned" policy produces predictable responses in incentives, this strengthens the argument against the policy.

Individuals' reluctance to volunteer suggests that service to the alleged moral rightness of the cause is not a sufficient compensating differential to those who are called to risk life and limb. Higgs describes this eloquently:

The President and Congress were more eager to send men to war than men were to be sent, given the existing terms of service. Evidently no one in the government ever considered whether the desired number of volunteers could be obtained by making the deal sufficiently sweet. (Higgs 1987:131)

The debate occurred again before the beginning of World War II when "there was a tremendous political struggle over conscription" where "(a)lmost no one took seriously the possibility of raising troops by offering recruits sufficient pay and perquisites" (Higgs 1987:200). 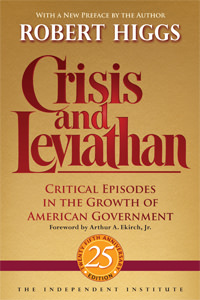 This would expose the costs of the war and likely provide a political check. Conscription, inflation, and price controls are more subtle and can create the perception of a shared burden. The costs of war are understated by conscription because conscription of men naturally leads to conscription of property (Higgs 1987:203–204). The Selective Service Act of 1948 instituted a draft during peacetime, which Higgs called "an inefficient tax laid on the labor services and lives of certain unfortunate young men, by no means randomly selected" (Higgs 1987:228-29).