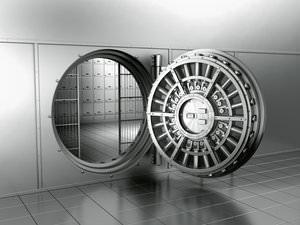 Today, capitalism is blamed for our current disastrous economic and financial situation and a history of incessant booms and busts. Support for capitalism is eroding worldwide. In a recent global poll, 25 percent (up 2 percent from 2009) of respondents viewed free enterprise as “fatally flawed and needs to be replaced.” The number of Spaniards who hold this view increased from 29 percent in 2009 to 42 percent, the highest amongst those polled. In Indonesia, the percentage went from 17 percent to 32 percent.

Most, if not all, booms and busts originate with excess credit creation from the financial sector. These respondents, incorrectly, assume that this financial system structured on fractural reserve banking is an integral part of capitalism. It isn’t. It is fraud and a violation of property rights, and should be treated as such.

In the past, we had deposit banks and loan banks. If you put your money in a deposit bank, the money was there to pay your rent and food expenses. It was safe. Loan banking was risky. You provided money to a loan bank knowing funds would be tied up for a period of time and that you were taking a risk of never seeing this money again. For this, you received interest to compensate for the risk taken and the value of time preference. Back then, bankers who took a deposit and turned it into a loan took the risk of shortly hanging from the town’s large oak tree.

During the early part of the nineteenth century, the deposit function and loan function were merged into a new entity called a commercial bank. Of course, very quickly these new commercial banks realized they could dip into deposits, essentially committing fraud, as a source of funding for loans. Governments soon realized that such fraudulent activity was a great way to finance government expenditures, and passed laws making this fraud legal. A key interpretation of law in the United Kingdom, Foley v. Hill, set precedence in the financial world for banking laws to follow:

Money, when paid into a bank, ceases altogether to be the money of the principal; it is then the money of the banker, who is bound to an equivalent by paying a similar sum to that deposited with him when he is asked for it. ... The money placed in the custody of a banker is, to all intents and purposes, the money of the banker, to do with it as he pleases; he is guilty of no breach of trust in employing it; he is not answerable to the principal if he puts it into jeopardy, if he engages in a hazardous speculation; he is not bound to keep it or deal with it as the property of his principal; but he is, of course, answerable for the amount, because he has contracted, having received that money, to repay to the principal, when demanded, a sum equivalent to that paid into his hands.1

In other words, when you put your money in a bank it is no longer your money. The bank can do anything it wants with it. It can go to the casino and play roulette. It is not fraud legally, and the only requirement for the bank is to run a Ponzi scheme, giving you the money deposited by someone else if they lost your money and you happen to come back asking for your money. This legalization of fraud is essentially one of the main reasons no one went to jail after the debacle of 2008.

The primary cause of the financial panics during the nineteenth century was this fraudulent nature of fractional reserve banking. It allowed banks to create excessive credit growth which led to boom and bust cycles. If credit, instead, grew as fast as slow moving savings, booms and bust cycles would be a thing of the past.

Critics of the gold standard, (namely, Krugman, et al.), usually point to these cycles as proof that it failed as a monetary system. They are confusing causation with association. The gold standard did not cause these financial panics. The real cause was fractional reserve banking that was grafted onto the gold standard. The gold standard, on the contrary, actually greatly limited the severity of these crises, by limiting the size of the money multiplier.

This is why in the early days of banking in the US, some wildcat bankers would establish themselves in the most inaccessible locations. This was to ensure that few would actually come and convert claims for gold into actual gold since banks had created claims that far exceeded the actual gold in their vaults. And, if by chance a depositor tried to convert his claims into gold, they would be treated as thieves, as though they were stealing the bank’s property by asking for their gold back.

The Federal Reserve System was created following the panics of 1903 and 1907 to counterbalance the negative impact of fractional reserve banking. One hundred years after its creation, the Fed can only be given a failing grade. Money is no longer a store of value, and the world has experienced two of its worst financial crises. Instead of a counterbalance, the central bank has fed and expanded the size of the beast. This was to be expected.

That global poll on capitalism also found that almost half (48 percent) of respondents felt that the problems of capitalism could be resolved with added regulations and reform. Janet Yellen also holds this view, and that regulation, not interest rates, should be the main tool to avoid another costly boom and bust in global finance. This is extremely naïve. We already have more compliance officers in banks than loan officers. Recent banking legislation, Dodd-Frank, and the Vickers and Liikanen reports will probably make the situation even worse. Banks will always be able to use new technologies and new financial instruments to stay one step ahead of the regulators. We continue to put bandages on a system that is rotten to the core. Banking in its current form is not capitalism. It is fraud and crony capitalism, kept afloat by ever-more desperate government interventions. It should be dismantled. Under a system of 100 percent reserves, loan banks (100 percent equity-financed investment trusts) would be like any other business and would not need any more regulation than that of the makers of potato chips.