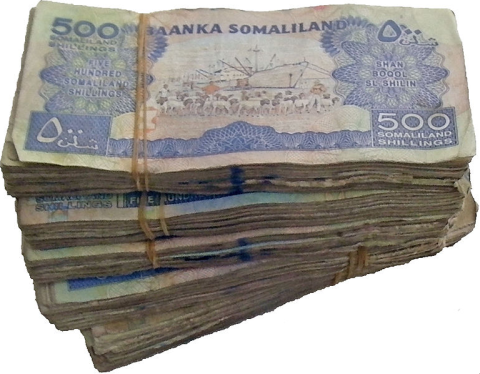 For years a debate has raged in monetary economics over the credibility of the theory that a more stable monetary system would emerge were the system to allow for concurrent currencies operating under no legal restrictions.

One side of the debate, represented most prominently by Milton Friedman, believes that the emergence and acceptance of a new currency would be hindered — and its ability to supplant an incumbent currency all but eliminated — by network effects and/or switching costs.

In general, a network effect results when the desirability of an item depends upon the number of others using it. Since money is demanded due to its acceptability among others for future payment, money would appear to have network effects.

The other side of the debate, represented most notably by Friedrich Hayek, blames legal restrictions for preventing people from switching currencies during times of poor monetary management in the incumbent money.

In Hayek’s ideal system there was no contractual obligation on the part of the money issuers to redeem their notes with some underlying commodity. The unbacked, irredeemable notes then trade against each other and other commodities at fluctuating exchange rates on the open market.

It was Hayek’s belief that competition for customers would force issuers of particular currencies to maintain a stable exchange rate and desist from engaging in reckless monetary practices.

Most economists have come to accept Friedman’s position. There has, however, until recently, been no empirical illustrations of the validity of each opposing view. Any example of poor monetary management in the past has been marred by significant legal restrictions on the use of other currencies.

The Hayek versus Friedman debate cannot be solved empirically; however, a real-life example of concurrent currencies circulating absent any legal restrictions would contain some heuristic value.

The real-life example is Somalia. The collapse of Mohamed Siad Barre’s Democratic Republic of Somalia in 1991 gave us the unique opportunity to observe concurrent currencies absent any legal restrictions in practice.

Since 1991, Somaliland, a self-declared autonomous region, established its own central bank, and declared the Somaliland Shilling legal tender. For this reason Somaliland and its respective currency are omitted from our consideration.

The Na’ shilling, on the other hand, would appear to contain the very network effects that Friedman had warned of. Introduced first in 1992 and again reissued in 2001, it circulates mainly within a single clan, and has failed to gain any significant foothold elsewhere.

Although the Balweyn notes can be distinguished from each other and the pre-1991 currency, the Somali public have treated them all as the same currency — which we will call the Somali Shilling. This would suggest that all three currencies, similar in appearance, have bypassed the problem of network effects and/or switching costs because of their similarities.

In the span of four years the Somali Shilling depreciated by a staggering 67 percent. Despite this fact the Somali Shilling remained the most used currency in Somalia. The question is why did the Somali public continue to use a currency which was experiencing such horrendous inflation? The reason boils down to network effects and/or switching costs.

Keep in mind that within the Somali Shilling there were essentially three currencies operating under no network effects or switching costs. Was there any competition for market share among these three currencies? In short, no. Why?

The Somali Shilling was essentially three currencies: the pre-1991 SoSh, the Balweyn I, and the Balweyn II. Out of these three currencies the pre-1991 SoSh was the most stable. Unfortunately it was also out of production and high-quality forgeries were impossible to produce. The lack of enough durable notes in circulation prevented it from gaining market share.The number of notes in circulation continued to decline because they were too fragile to be used in trade.

The Balweyn I and Balweyn II, on the other hand, were spectacularly unstable, depreciating rapidly, and competing for market share. This fact, however, failed to allow the price of either of these currencies to be regulated. Why? This created a peculiar situation where, rather than competition between monies limiting the amount of inflation and seigniorage in each, it led to a tragedy of the commons — a situation where there has been competition for seigniorage in the “same” currency. Or, the producers of these currencies might have thought it would be more profitable to run the currency down into, what has become, a commodity money — a money worth its paper, ink, and transport costs.

Whatever the reasons for the Balweyn I and Balweyn II not becoming more stable due to competition, they were nonetheless accepted before other competing currencies. This leaves us with the question as to why did Somalis continue to trade using two inferior currencies (the Balweyn I and Balweyn II) as opposed to other, better managed, currencies operating inside and outside of Somalia? Well, it would be hard to argue it was due to legal restrictions.

Instead, we must deduce that Somalis had simply become accustomed to trading using the familiar Somali Shillings. Switching currencies was an option, but the Somalis rebuffed this idea as costly and unattractive.

In the end we are forced to conclude that the “success” of the Balweyn I and Balweyn II notes is probably the result of network effects and/or switching costs, and is most definitely not due to their superior stability.

Now, although it must be stressed that empirical analysis says nothing about Friedman’s and Hayek’s debate in general, we can say that in the very unique case of Somalia, that Friedman, at least, appears to have been correct, and network effects and/or switching costs have, in fact, prevented superior currencies from gaining market share.