GET NEWS AND ARTICLES IN YOUR INBOXPrint
A
A
Home | Mises Library | Community Revival in the Wake of Disaster: Lessons in Local Entrepreneurship

Community Revival in the Wake of Disaster: Lessons in Local Entrepreneurship 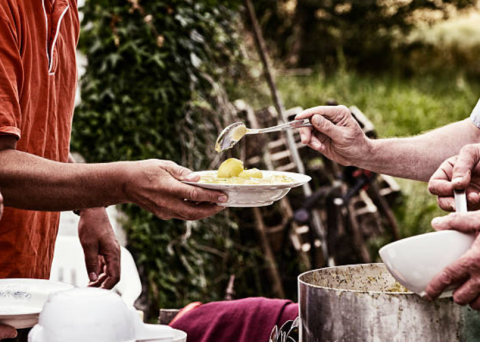 Review of Community Revival in the Wake of Disaster Lessons in Local Entrepreneurship.pdf

Review of Community Revival in the Wake of Disaster Lessons in Local Entrepreneurship.pdf

When a community is hit by a disaster, how can it recover? What choices of that community enhance (or hamper) revival? These are some of the interesting questions considered about the economics of mega-disaster.

This volume (and the deep scholarly work that led up to it) was inspired tragically by major disasters around the globe over the last twenty-five years. Such disasters, of course, are not unique to our time. Quite the contrary: In the middle of the nineteenth century, John Stuart Mill, writing in the Principles of Political Economy, Book 1, Ch. 7, remarked on how often devastated communities could recover rapidly in the face of extreme tragedy. Mill’s explanation focused on the accumulation of surplus capital (i.e., saving). A community that has accumulated significantly more capital than other communities will be able to withstand truly devastating events more successfully than can the average community. Mill’s simple insight helps power modern research that seeks to discover why some stricken communities outperform other ones in striving to recover from disaster.

Up to this point, we have used Mill’s capital concept narrowly. Let us now widen our concept of capital to include the social relationships inherent in communities. When we look carefully at these relationships, we detect complex communal connections of both business and social character.

One popular definition of “Social Capital:” is by Pierre Bourdieu: “Social Capital is a resource that facilitates collective action for mutual benefit….” Another is: “Social Capital comes in the form of social networks, norms, and narratives…” Woolcock (2001). Our authors emphasize “…bonding social capital… that exists among like-minded homogeneous groups….” The components of such ties might reasonably be referred to as social capital. Some of these recognized components are:

“Alertness” and the role of the entrepreneur: This is the ability to taste—so to speak—new wine in old wineskins. Our authors put forth good explanations of the two concepts (Chapter 2; pp. 12–16), with similarities and differences described between Kirzner’s entrepreneur and the closely related Schumpeterian concept.

However, if “alertness” alone falters, then it is nice to have something else to fall back on—such as market forces. The authors, like most economists, believe in the power of market forces, which are still seen as crucial in finding a robust equilibrium. The authors are also happy to work with an “in-kind” model of remuneration.

Chapter 2 is what we could and should rightly call a theory section because it drives the main argument of the book. Its title, “The Entrepreneur as a Driver of Social Change,” encapsulates its meaning perfectly. The roots of most of this particular research derive from earlier work by Joseph Schumpeter and Israel Kirzner. and the authors furnish an excellent review of that literature.

Chapter 3 opens with an insightful game theory model illustrating how one might productively choose a decision path if faced by a “should I stay or should I go” situation due to a catastrophe. To make an informed decision, a “player” would need to be able to judge the likelihood of other players staying in the area. If only a few are staying, then our “player” should probably leave the area as well. But what if others who are announcing false plans too? How does our “player” get the necessary information as to others’ true intent?

One’s ability to “tap” the network would make it easier to analyze the situation and possibly make a joint decision with others about whether to leave or stay. A “loner” would have fewer signposts. Lacking fresh information, he or she “would not know how others in the area are thinking. They would not know about all of the ‘unsettled facts’ that would, in normal times, be routinely available to guide those who are uncertain into a rational decision-choice.”

Social capital carries with it enough knowledge about local events to help in making such a fateful decision. The entire community’s comprehensive knowledge base (i.e., network) is put to work on a pressing problem.

So. To stay or to go. Specifically, should we abandon our homes and move away, or should we try to rebuild?” It turns out that sharing of information among affected parties is crucial, due to what is known or not known by the other “players.” If we know what the “leaders” in the community are most likely to do, it makes it less risky to the “follower” players to act accordingly.

What then about governments as cure for the crisis? In the eyes of many, only government can be effective enough to generate the large-scale coordination between both the private and the public sectors that are often needed in the wake of a large disaster. However, the authors suggest that a key cause of slower-than-expected recovery is more expansionist government policies—such as, for example, ridiculously harsh wage-and-price-control policies, as initiated aggressively by the governors of both New York state and New Jersey. The authors have documented numerous incidents where regulations make it harder, not easier, to get back to something approaching “normalcy.”

With that foray behind us, the authors take us crisply through the burgeoning social-capital literature. They then attach that literature to the topic of “mega-disasters:” how victims can be helped, and how the “heroes” of such a story can be freed to help. Researchers have consistently found a positive relationship between various types of social capital and various measures of societal well-being. They also report a positive correlation between economic growth and social capital.

Unlike machinery, social capital usually normally resides—at least in part—in the human consciousness. Thus, things can be changed up very quickly. Incentives are even more important than in other dynamic situations.

In the case of disasters, the authors play down somewhat the incentives that focus strongly on financial gain, and instead emphasize a more-broad-based concept of “reward.” Their “feed-back” mechanism includes things like social prestige and other such things, from which “high status” in the society may be achieved (p. 28). The authors sort of skip by this fairly radical adaptation, and with this adaptation, has the model morphed into a full-scale sociological one?

The authors make a strong case for their position that well-utilized social capital can make an important difference in the wake of a general disaster (p. 38). In one of the stronger portions of the book, the authors present other findings that corroborate their own findings. This is a very well-developed body of research indeed—and the authors should be congratulated for their body of work (pp. 38–42).

The authors emphasize the common-pool problem, preaching that “A community’s capacity to rebound is related to its capacity for self-governance” (p. 43).

Another theme emphasized by the authors is the superiority of polycentric orders versus a monocentric order. In a crisis, substantial uncertainty emerges as to what path should be taken. Different opinions will naturally emerge. Through differences of opinion, it is more likely that a better path will be discovered through simple trial and error. By contrast, if governance is by rules of a rigid authority, then it will be all the more difficult to find, through experiment, a useful path. Otherwise, we risk wasting precious time and resources, including social capital.

But how—assuming that disaster has struck and the citizenry must face stark and unpleasant choices—can it get out of the disaster? The authors argue that it is precisely at this point where the entrepreneurial spirit is needed most. What is needed are private citizens who are willing to lead, to encourage, to raise spirits. It is here, the authors say, where entrepreneurs need to say: “Help the community members overcome the collective action problem that plagues community rebound!” The authors see entrepreneurs as fulfilling at least three crucial functions (p. 46): providing needed goods and services; restoring of social networks that have deteriorated during the crisis; and their appearance sends a “Let’s go!” signal to other parties who might be hesitating. To some extent, this is the familiar “pulling yourself up by your own bootstraps” story.

We turn next to the energetic and remarkable efforts of those broadly conceived “agents of entrepreneurship” whom the authors identify as the “heroes” of the book.

How is it possible to supply a disaster area privately in the wake of massive destruction? First of all, in a free market, one might expect market forces to do much of the initial job, augmented by entrepreneurs and any remaining social networks. After that initial spurt, buying and selling would surely continue, though at considerably higher prices due to widespread shortages. From this point on, one would expect some social capital networks would that would be coming-online. They would make the initial “profit” also. Skilled labor would enter the area quickly, sensing a profit opportunity. A true devastation would of course be unable to easily return to normal, and the stronger medicine of, let us say, social networks and entrepreneurship. Similar things were observed by the authors in their extensive research on the two storms.

In the 9th Ward in New Orleans, skilled labor and entrepreneurs came together, more or less spontaneously, to help—no questions asked. Similar successes also sprung up in the disaster areas of New York and New Jersey. Entrepreneurs (in the broad sense) sprang into action, and in many cases their actions encouraged the despairing and created action where otherwise there would have been little action.

Chapter 6, “Regrowing Uprooted Social Networks” looks at the recovery of the devastated areas and observes steps that seemed to be helpful in bringing these areas back. The reader meets many of the “heroes” of this tale, and there are many. One challenge to those seeking to bring these areas back, was, surprisingly(?) “help” from government, which often earned poor marks. The tales told a fair share of circumstances where “for their own good” entrepreneurs were not allowed to take steps that they themselves felt were needed. Often, they lost those battles with government. This chapter opens the discussion as to how social capital can be created. The authors primarily use real-life examples, making the narrative more interesting. The remarkable flexibility and reorganizational features of social capital is how easily it can be transferred from one situation to a different one.

Ending this book are a few policy recommendations culled from the authors’ study. They suggest the following guiding lights.

Policymakers should … instead of embracing top-down concepts, instead ensure that our entrepreneurial actors have the space to act.

Eliminate, suspend, or simplify the rules that hamper the entrepreneurial spirit, especially in a true crisis.

In conclusion, the authors suggest a simple, but powerful idea: entrepreneurs are agents for social change, especially so in natural disasters.

Michael Montgomery teaches economics at the University of Maine, Orono.

Woolcock, Michael. 1998. “Social Capital and Economic Development: Towards a Theoretical Synthesis and Policy Framework,” Theory and Society 27, no. 2: 151–208.

Montgomery, Michael R. Review of "Community Revival in the Wake of Disaster: Lessons in Local Entrepreneurship," Quarterly Journal of Austrian Economics 20, no. 3 (Fall 2017): 277–83.

Michael Montgomery teaches economics at the University of Maine, Orono.

Community Revival in the Wake of Disaster: Lessons in Local Entrepreneurship

When a community is hit by a disaster, how can it recover? The economics of mega-disaster poses some interesting...
Subscribe to Our Mailing Lists