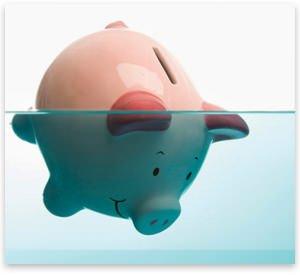 My book, The Economics of Illusion, published in 1949, was essentially a critique of the late Lord Keynes's General Theory of Employment, Interest and Money. My conclusion was, briefly, that what is new in Keynes's work is not good, and what is good is not new.

Since then I have often been asked to add to my negative critique of Keynes's theory the positive exposition of an economic theory that offered a more correct explanation and description of economic reality. The present book is my answer to this request. I have called it Common Sense Economics in contrast to Keynes's theory, which I regard as illusion economics, since its underlying factual assumptions seem to me to rest on illusion.

I approached this work with mixed feelings. On the one hand, I was fully aware of the fact that professional economists have more experience and a better technique in the exposition of economic relationships than a person whose main activity has consisted in making business decisions. On the other hand, I had long been tempted to try, at some time, to describe the economic model that I myself, after more than thirty years of activity in economic theory and practice, regard as adequate because close to reality. Also, I have often asked myself how I would rewrite today my Economic Theory of Bank Credit, which first appeared thirty-five years ago.

The arrangement of the present volume is in deliberate contradiction to that usual nowadays, particularly in English and American literature, following Keynes's General Theory.

"What is new in Keynes's work is not good, and what is good is not new."

In my view, the Keynesian theory is original, but also fatal in its peculiar, almost paradoxical, decisions as to what is to be regarded as constant and what as variable in the economy. The workers' nominal-wage demands, for instance, are assumed to be relatively constant, while aggregate purchasing power is assumed to be continuously fluctuating and the economy therefore continuously exposed to inflation and deflation. The ensuing picture of the economy appears to the non-Keynesian as a sort of trick film. Everything happens in a manner that is exactly the opposite of what he is used to. It is no longer the supply of labor, but the propensity to consume that determines the volume of production; the old and oft-refuted underconsumption theories — of which Keynes's theory is no more than a replica — once more become respectable.

I am firmly convinced that this allegedly revolutionary progress in economic science is really retrogression compared to classical economics. The long-run economic forces, such as the propensity to work, are completely eclipsed by less important factors, such as the propensity to consume; and, notwithstanding occasional assurances to the contrary, Keynes's theory, as a general theory, also purports to be a theory of secular developments. Nor does Keynes provide a satisfactory theory of short-run developments, and in particular no business-cycle theory. There is no explanation of the dynamics of the cycle, and such indications as are given — note for instance the underemployment equilibrium that allegedly comes about when savings become excessive and that disappears when savings contract — are unrealistic and untrue.

The present work tries to avoid the dangers of overestimating the importance of "effective demand." To this purpose, it starts, in an old-fashioned manner, with the description of a stationary economy, i.e., one that ever repeats itself without any changes in data. Next comes the description of a changing economy, in which, however — and this, too, is decisively old-fashioned — the monetary system is assumed to be entirely inelastic. Here new credits are granted only to the extent of new savings. Such a monetary system is presupposed in order to demonstrate the changes occurring in the economy when changes from the money side are eliminated. The next section, on the contrary, is concerned with an economy with an elastic monetary system, that is, an economy where inflationary credit expansion and deflationary credit contraction are possible. The business cycle is then treated as a special case of the economy in inflation and deflation. Finally, Part V is a substantially unaltered reproduction of a lecture given in 1952, in which I examined the laws of price formation on the stock markets, on the basis of developments on the New York Exchange during the last twenty-five years.

Part I begins with a description of the Robinson Crusoe economy. This may appear superfluous or elementary to the professional economist. I included it, first because the principles that I consider essential are most clearly seen in the case of the isolated producer; second because in publishing this book I had also a secondary purpose in mind: it is meant as a sort of minimum economics for the businessman, banker, and investor who is interested in theory. For this reason I have also included, at the end of each section, some practical conclusions with regard to stock prices.

I know, of course, that theoretical knowledge is despised by many practical businessmen. I can only say, in justification of my secondary purpose, that on the few occasions I have been successful in my own business life I have been so not because of any superior practical ability, but simply because my studies of monetary and business-cycle theory had disclosed to me earlier than to many others the consequences of the initially inflationary and later deflationary monetary and credit policies of European governments.

"There are not only cycles of business activity but also cycles of economic theory, and particularly of business-cycle theory."

I would like, however, to add a word of warning. Although I consider a knowledge of the fundamentals of economics essential for any business and investment management, I do not consider it sufficient for success. Our economy is subject to constant changes. These changes, whether they are technical, legal, institutional, political, or simply in consumer taste are uncertain and as unforeseeable as is the whole future. Businessmen and investors have to judge the relative strength of the forces that will bring about future changes and adjust their dispositions accordingly. In order to do so, they will have to draw upon everything they have ever read, thought, or experienced. Even so, they will often be wrong. In no case, however, can future change be predicted scientifically. Therefore, business and especially investment management is an art and not a science, and the concept of scientific method of investment is nonsensical.

As regards my method of presentation, I would like to make the following remarks.

Many contemporary presentations of both a specialist and a nonspecialist nature suffer, in my opinion, from trying to embody too many details and eventualities, with the result that the fundamentals are obscured. One no longer sees the forest for the trees, and not even the trees are always described correctly. The custom of examining what happens if one curve shifts while others remain fixed — e.g., in the graphical description of supply and demand at various price levels — is very useful for theoretical analysis, but has led, in many instances, to the belief that this is what actually happens in reality. But the economic world is not divided into variable and fixed data. All relevant economic data are variable.

Furthermore, the mathematical language of modern economics has led many an economist to describe not so much what actually happens but what possibly could happen — for instance what could cause the boom to turn into depression. But any resemblance of these descriptions and explanations to reality seems to me purely accidental. Nor is this situation likely to be changed by objections raised by men in the practical business world. It is a regrettable fact that most of what is written nowadays in our field moves in such esoteric spheres and uses such technical language that it can no longer be read or understood even by a businessman interested in economic theory.

On my part I have tried to describe in everyday language a model of an economy that is simple enough to clarify the fundamental relationships between various economic data, while, at the same time, it is not so simplified and abstract as to become completely unrealistic. I know that other methods of presentation are possible and may be useful. But I can say in favor of my model that it has very often proved useful and helpful to me when making business decisions.

I cherish no exaggerated hopes that my theory — if I may so term my modest picture of the economic world — may find the approval of my colleagues who have been reared in the spirit of Keynes. Anyone who sees the cause of most short-run and long-run disturbances of the capitalist economy — and in particular the cause of unemployment — in an excess of saving, and who therefore recommends higher public and private expenditure as a means for the permanent maintenance of prosperity, will read this book only with abhorrence.

"I have often been asked to add to my negative critique of Keynes's theory the positive exposition of an economic theory that offered a more correct explanation and description of economic reality. The present book is my answer to this request."

There are not only cycles of business activity but also cycles of economic theory, and particularly of business-cycle theory. We are at present in a phase of exaggeration of the importance of effective demand. However, while there are cycles of theory, there are, obviously, also phase lags within these cycles. I have a feeling that German economic theory just now displays such a lag as against Anglo-American theory. The former seems to be entering a phase of enthusiasm for modern economics of the Keynesian pattern and to indulge in orgies of formally correct equations, however unrealistic the underlying factual assumptions may be. The latter, on the other hand, seems to have already passed the peak of enthusiasm. It is increasingly recognized that the simple basic principles of the neoclassics lead further — and make avoidance of errors easier — than the "modernistic stuff." A counterrevolution to the Keynesian revolution seems to be originating.

If my Common Sense Economics — the German edition has preceded the English for technical reasons — should have the effect of somewhat shortening the phase of enthusiasm I should be well pleased with the result. I am not optimistic in this respect, but I have patience. It took fully eight years for my Economic Theory of Bank Credit, which was a reaction against money being looked upon as no more than a veil, to win through. I assume that it will take as long for the present work, written as a reaction against exaggerated views of the role of money as a motive force, to gain acceptance.

This article was originally published as the preface to Common Sense Economics (1956).