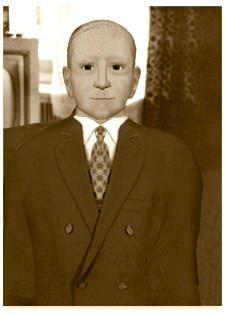 Tags Booms and BustsMedia and Culture

Some economists might dismiss virtual worlds as an application for economics, given that they do not contain any resources that are traditionally considered scarce (lumber, steel, oil, etc.), but a closer inspection reveals that some virtual worlds contain real market economies complete with scarce resources, property rights, entrepreneurship, and exchange. Furthermore, real people underlie the inhabitants of virtual worlds, so we can therefore analyze their economies using Austrian economics and the science of human action.

One virtual world that is currently popular is called Second Life. Second Life was created by the San Francisco-based company Linden Research, Inc. and opened in 2003. It is an Internet-based three-dimensional virtual world where its 8 million unique residents can interact with one another.[1] Residents can create virtual clothing, hairdos, houses, airplanes, concert halls, video games, and endless other items by using an infinite supply of "primitives," which are atomistic objects that can be shaped, colored, combined, and programmed to behave in a particular way. Residents can then replicate their creations and sell the copies to one another at whatever price they set.

Second Life has attracted attention from Wired Magazine, The Economist, and other media with stories of a burgeoning economy and entrepreneurs earning their sole incomes by selling virtual goods and services. Accordingly, real-world economists and Second Life's residents alike could benefit from a closer look into the actual workings of its economy, and the effects of economic intervention.

Second Life's economy could reasonably be compared to that of a small foreign country dependent on tourism. Consumers are inhabitants of the real world who take what are essentially pleasure trips to Second Life, perhaps to meet new people at a dance club, shop for virtual clothing, attend a conference, or gamble at a casino. Like real tourists, consumers exchange their real US dollars for Second Life's currency, the Linden Dollar (L$), typically on a currency exchange run by Linden, called the LindeX. They then use their L$ to purchase goods and services created by other Second Life residents, and if they have extra L$ when they're done, they can sell their L$ for US$ on the LindeX.

"Mr. Rosedale prefers to rule Second Life with Adam Smith's 'invisible hand' only. To him that means treating every resident the same, whether it happens to be Toyota or 'an 80-year-old woman from India.' Both will pay the same price for their [virtual land]; what they do with it is up to them."

Proponents of private property and non-intervention would certainly laud such a hands-off policy. If Linden's goal is to create a setting for a stable, growing economy that will provide the most satisfaction to the most residents, it must avoid the pitfalls of interventionism that plague real-world economies. As Ludwig von Mises and others have shown, one interventionist policy creates distortions that must be fixed by other interventionist policies, which lead to problems that require further intervention, and so on, until the state controls every aspect of the economy.

Unfortunately, despite Mr. Rosedale's free-market rhetoric, a look at Linden's actual practices reveals that it has already started down the path of intervening in the economy. One critical example of Linden's intervention is that it has granted itself the ability to manipulate the single-most important commodity in any economy: money.

In the Terms of Service, the L$ is defined as "a limited license right available for purchase or free distribution at Linden Lab's discretion, and is not redeemable for monetary value from Linden Lab." By defining the L$ in such a way, Linden has granted itself the power of a central bank in managing Second Life's equivalent of a fiat currency. Linden can create as many new L$ as it wants, whenever it wants, and spend them or give them away at its own discretion. Also, because Linden maintains a peg of about L$270=US$1 on the LindeX, it gives the appearance that the L$ is as good as real-world money.

Fiat currencies are subject to much criticism, particularly by Austrians. However, they are not criticized because they cause undesirable economic distortions in and of themselves. Rather, they are criticized because, unlike commodity monies such as gold, they can be created from nothing, so are highly susceptible to artificial expansion and manipulation. This expansion, as the Austrian theory of the business cycle shows us, is the source of economic distortions that lead to unsustainable booms, followed by inevitable busts.

To establish whether Linden has in fact been manipulating the L$ supply and determine if Second Life is susceptible to bust, we can examine historical economic statistics published by Linden for signs of artificial growth in the L$ supply. The graph below shows Second Life's L$ supply since September of 2005, as well as the two consolidated sources of month-to-month changes in the money supply.

Your eye might be drawn to the sudden acceleration in L$ growth at the end of 2006 coincident with a significant increase in LindeX sales (where Linden is creating new L$ and selling them for US$), but that is not necessarily a bad thing. Ignoring the problems with the US$, LindeX sales represent inflows of real wealth into Second Life. When residents purchase L$ on the LindeX using US$ that they have earned in the real world, they are foregoing consumption in the real world in order to spend or invest their newly purchased L$ in Second Life.

It is actually the small, perpetual budget deficit that reveals something quite sinister. Unlike L$ sales on the LindeX, they do not reflect a flow of real wealth into Second Life. Instead, they are created by Linden to represent wealth, but no economic production was involved in creating them. These deficits occur when the weekly L$ stipends Linden pays to premium residents exceed its revenues from land rentals and other administrative services it provides to residents. In order to fund the deficits, Linden creates new L$ and injects them into Second Life.

In the United States, the Federal Reserve's primary mechanism for increasing the US$ supply involves purchasing debt securities issued by the US Treasury. Linden's process slightly differs in that it creates exactly as many L$ as are needed to make up for its budgetary shortfalls without ever issuing any debt. Every time Linden runs a deficit, the L$ supply instantly increases by an equivalent amount.

Linden's monthly budget deficit might appear insignificant in the graph, but in fact Linden has been increasing the money supply by an average of 6% per month this way. Annualized, it is more than doubling it each year. During the past year and a half, Linden created L$876 million through its deficits, which makes up over 33% of today's L$ supply. These figures certainly suggest that Linden has been artificially expanding the L$ supply, but there is one possible argument that would indicate otherwise.

Premium members who receive weekly L$ stipends pay Linden US$9.95 per month for that privilege. One could argue that this US$9.95 represents an inflow of real wealth into Second Life to make up for the L$ created through deficits, but this argument is tenuous. These US$ revenues are presumably used by Linden to pay its employees, maintain its servers, and pay other operating and financing costs, with the remaining profit or loss passed on to its shareholders. Unfortunately, as the graph below shows, there have been months when Linden's US$ revenues would not have been enough to cover the new L$ creations.

In September of 2005, Linden collected as much as US$98,000[2] from premium members, which is equivalent to about L$26 million at the L$'s current exchange rate. But during that month, it created L$36 million in order to fund its fiscal deficit. That means that even if Linden had not allocated a single US$ to its employees or incurred any real-world costs whatsoever, it still would not have collected enough US$ to match its newly created L$.

Given the strong evidence that Linden has unnaturally inflated the L$ supply, Austrian economics tells us that there are a couple of potential outcomes that are likely to occur. In the first, Linden will stop running significant deficits at some point. With less L$ available to spend, residents will demand fewer goods and services, leading to lower prices and reduced profits. Previously profitable enterprises will go out of business and the wealth of many residents will decrease, slowing overall economic activity.

The other possibility is that Linden will continue running deficits to the point that a sufficient number of residents and speculators will recognize the L$'s frailty. In what Ludwig von Mises referred to as a "crack-up boom," everyone will scramble to redeem his L$ for "real goods," which, in the case of Second Life, is probably the US$.

As more and more people sell their L$ on the LindeX, Linden might choose to maintain its L$270=US$1 peg for some amount of time, but operating under the assumption that it has not maintained 100% US$ reserves, it will eventually run out of US$ or decide to stop selling them, and the L$ will depreciate rapidly. In either outcome, residents will discover that they possess less wealth than they perceived they had during the time leading up to the crash.

To summarize, it appears very likely that Second Life will experience at least some form of economic recession. Depending on its severity, it might result in Linden's losing many of its customers. If Linden wants to prevent this from happening and foster a stable, growing economy within Second Life, it should apply the lessons of Austrian economics to its policies: abolish restrictions on content, strengthen the ability of residents to enforce their property rights, and, most important, tie the L$ to a real-world commodity money backed by 100% reserves.