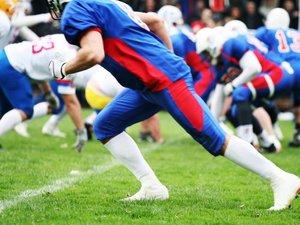 It has recently come to the attention of the media that Auburn University reversed an initial decision to eliminate the public administration major from the school’s curriculum in 2013. This reversal came as the result of resistance from Auburn’s athletic department. Apparently, the public administration major is looked down upon by much of the school’s faculty. But its popularity among athletes, specifically Auburn’s football team, is what looks to have kept it afloat.

The reason for having a major like public administration at an elite Division One athletic program like Auburn is pretty transparent. The unchallenging nature of the course material usually makes it easier for student athletes who are looking to focus more energy on their sport. According to an internal athletic department memo from 2012, “If the public administration program is eliminated, the [graduation success rate] numbers for our student-athletes will likely decline.”

Some will predictably criticize Auburn (and other similar big conference schools) for continuing to have these kinds of majors. But let’s stop and think about what harm is really being done by this. Are there any real victims in this whole ordeal?

Someone able to play football at Auburn, undoubtedly a great college football program, is clearly among the elite young football players in the country. Odds are, someone good enough to compete on this level is probably better at football than they are at anything else. So if this is the case, shouldn’t someone gifted in this way be able to focus as much energy as possible on the thing that they are best at? If choosing to major in public administration enables these elite football players to spend more time and effort improving their football abilities, then having this major as an option should be seen as a positive rather than a blemish on Auburn’s academics.

Without the public administration option, some of the school’s football players would be forced to choose more challenging majors. This would lead to less available time for training, practice, weightlifting and all of the other things that can improve the skills of a football player. Thus, the talent of the players and the overall football program at Auburn could suffer. Considering the amount of money Auburn brings in through the success of their football team, this kind of potential decline would indeed be problematic.

Individual players on Auburn’s football team no longer able to major in something like public administration would face more significant roadblocks en route to becoming highly paid professionals. College is supposed to be an institution which prepares someone for a professional career where they can make a living. Taking elite college football players away from improving their talents so that they might become professional football players runs counter to what college is supposed to be about. Especially since the salary of a rookie professional athlete far exceeds virtually any other salary someone could obtain immediately after college.

While it’s certainly true that not all of Auburn’s players will reach the NFL, going to college in general is no guarantee of employment in a field requiring a college degree. According to a careerbuilder.com survey, half of recent college graduates are working in jobs not requiring those degrees. And since less than 1 percent of Auburn’s students major in public administration (as previously mentioned), it’s not as if a significant portion of undergraduates are being duped into choosing an easy major that teaches them very few skills. Students at the school more or less know what public administration is there for and know enough to avoid majoring in it.

In an ideal world, amateur athletics for all sports would take place independently from colleges and universities. Young aspiring pros would advance through levels just below the professional level which would most likely be controlled by professional teams. This would look very similar to what the minor leagues are to Major League Baseball.

But of course, we don’t live in an ideal world. The NCAA would never let something encroach on its control over athletes prior to becoming professionals. So if easy classes and sham majors are the price we pay for the ability of elite athletes to specialize in what they do best, then so be it. Not only do the athletes benefit, but the university gets to make more money and the students get to watch a more talented football team. Sounds like a win all around.

Matt Doarnberger operates the website libertariansportsfan.com/wp. He is a graduate of Salisbury University and currently...

Whenever government wants to raise taxes, it immediately threatens to cut the most popular government programs first...

Eager to focus on what they're best at, college athletes often gravitate toward the easiest majors and classes. But...