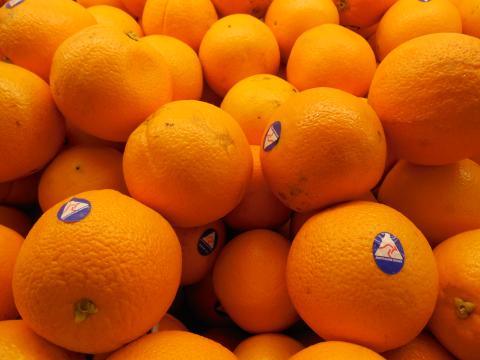 Choice is choice between alternatives, and these alternatives must be distinguishable or they are not alternatives; moreover, one must in some way present itself as more attractive than the other, or it cannot be chosen. -- R.G. Collingwood, The Idea of Nature, p. 41

Bryan Caplan, in his widely circulated web article, "Why I Am Not an Austrian Economist," and in his subsequent "The Austrian Search for Realistic Foundations" in the Southern Economic Journal, seemingly has questioned the Austrian contention that choice implies preference. Caplan says: "One can only observe that I choose a green sweater, but this does not rule out the possibility that I was actually indifferent between a green sweater and a blue sweater." The implication is that Caplan chose on the basis of indifference, not preference, and so the Austrians are clearly wrong.

Imagine a buyer arriving at Hunt's Point produce market in New York intent on purchasing 200 boxes of oranges. When he gets to the dock of the fellow who has the fruit, he tells him what he wants. But rather than immediately beginning to load the buyer's truck, the seller asks, "Which 200?"

The buyer is flummoxed. He was expecting to buy a standardized commodity, boxed oranges. He certainly didn't intend to spend his time picking through 2500 boxes to find the 200 he “wants.” He counts on the seller to have distributed the weight and quality in a fairly random way throughout his stock, so that it doesn't particularly matter which 200 boxes he takes.

We should note that the buyer is quite aware that every orange is unique. No two oranges will have the exact same weight, shape, coloring, or degree of ripeness. Certainly, if offered the choice between 200 boxes of rotten oranges and 200 boxes of just-picked oranges, the buyer will choose the latter. But he knows this seller, has dealt with him before, and is pretty sure he's not selling (many) rotten oranges. He'd just like to get his 200 boxes and get out of there.

Faced with this unprecedented behavior on the part of the seller, the buyer says, "Well, give me those 200 on the left."

Now, Bryan Caplan pops out from behind a stack of orange boxes. "A-ha," he exclaims, "you've proved the Austrians wrong!" How will an Austrian respond?

This Austrian will begin by noting that, for economics, the difference between two goods does not consist in every physical difference we might discover, but only those differences the economic agent himself considers when deliberating his choice.

Choice does not imply preference over all potentially detectable physical differences between goods. For instance, I do not recall ever picking my clothes based on the spin configuration of the electrons in the garments in question. Nevertheless, I do, every day, pick out clothes with some particular state of electron spin.

But it would be absurd to attempt to draw any economic conclusions from that fact, other than the trivial and obvious one that electron spin is just not a factor I take into account when choosing my wardrobe. For instance, there is no sense in claiming that we have now determined a point on my clothes-color/electron-spin indifference curve. We can impute preference only about the differences between goods that are subjectively relevant to the chooser.

When Caplan picks sweaters, he is, for economics, in no different a position than a colorblind person who literally cannot see the difference between green and blue sweaters. Green and blue have no more economic relevance to his choice than electron spin do to mine.

Considering Caplan’s reported choice, we might speculate that he picked the green sweater because it was at the top of the drawer. In that case, the actual preference he displayed was to do as little work as possible when retrieving a sweater to wear.

However, if we caught Caplan pawing through his drawer, rummaging past many blue sweaters to pull out a green one, we would question his claim of color indifference. It would still be possible that he truly was indifferent between green and blue sweaters. But, we would logically insist, there was some reason he bypassed all of those other sweaters to get the green one out from the bottom. Perhaps he knew the green sweater was the least itchy (or the warmest, the most fashionable, the lightest, etc.). Then we would have some preference information about Caplan: we would know that he preferred the less itchy sweater, even given the cost of digging it out, to the ease of grabbing an itchier one from the top of the drawer. But note that we have information on his preference for one good over another, not on his indifference between two goods.

So Where's the Beef?

However, it is not altogether clear to me how Caplan believes he disagrees with Austrians about indifference. If he is contending that indifference can be the basis for a choice, then I have outlined what I believe is a sensible Austrian response. But I detect some confusion in Caplan’s view of what Austrians are saying:

"Perhaps the most basic assumption of consumer choice theory is that given two choices a and b, an agent can strictly prefer a to b…  can strictly prefer b to a… or be indifferent between a and b….  While Mises and Rothbard accept the first two cases of strict preferences, they argue that the third case of perfect indifference is nonsensical because it cannot be demonstrated in action."

Caplan says, "The crucial assumption - shared by both Mises and Rothbard - is that all preferences can be revealed in action." Again, I think Caplan has gotten them wrong. The crucial assumption they share is that only preferences revealed in action are relevant to the economist. Those are the preferences that played a role in actual economic activity. A psychologist or an epistemologist might have something to say about preferences not acted on, but the economist doesn't. No Austrian of which I am aware has ever held that the only thing going on in a person’s head during the day are his preferences as revealed in his choices.

But that is false. Caplan's preference for ice cream at "the current instant" is revealed by his undertaking (or not) a plan of action intended to procure ice cream. All action is oriented toward future satisfactions, as all plans take time to reach fruition. Even if Caplan never discovers an ice cream vendor, the economist could say something about his preferences merely from the fact he undertook the search, just as an economist could discern something about my preferences if I set out to become the strongest man in the world, even if I never succeed.

If Caplan doesn't get up to go get a scoop, the economist still can say something about his ice cream preference: either Caplan contemplated a plan to get some ice cream but preferred whatever he was doing at his desk, or he never even considered ice cream during the time in question. (And here we can see the basis for Kirznerian entrepreneurship: In the latter case, it may be that Caplan would have preferred eating ice cream over any other possible activity at that moment, if only he had thought of it. The sudden awareness of a previously undetected opportunity for profit is the essence of Kirzner’s idea of the entrepreneur.)

However, if all Caplan means is that in some psychological sense indifference can be said to exist, then there is nothing contra-Austrian in that contention. Beginning with Carl Menger, what Austrians have held is that indifference cannot be the basis for economic activity. Caplan may very well, as he says, "know some cases in which [he is] indifferent." I merely contend that there is no case in which he was indifferent and chose based on that indifference. "I am often indifferent between the colors of clothes," Caplan says, and we can grant him that, while insisting that simply means that he is not choosing clothes based on their color, and color will not enter into an economic description of his choice at all.

Caplan says, "[T]hough I pick one color, I know that I would have picked the other if the prices were not equal." Caplan apparently wants to claim that he is at a point on his "color indifference curve." But if the prices of the sweaters were not equal, color would still be irrelevant to his choice. He would be picking the blue sweater based on its lower price, not its lovely hue. For Caplan, finding otherwise identical blue and green sweaters priced at $40 and $50 is the same as my finding identical blue sweaters priced at $40 and $50. Caplan is in the same position in regards to sweater color as most people are in regards, for instance, to the ultrasonic characteristics of a symphony recording.

Caplan makes one more claim, which, while tangential to my main argument, I want to briefly address:

"The implication [in the response of various Austrians to Caplan's original article] is that Austrian claims and common sense often really are at odds. Austrians must in consequence say that they are right and common sense is wrong. In spite of disclaimers to the contrary, I believe that this is the real Austrian position" (Probability, Common Sense, and Realism: A Reply to Hülsmann and Block, also available here.)

I do not wish to enter in depth into the dispute between Thomas Reid and Immanuel Kant, which Caplan cites, except to note that Reid's "common-sense" position is a sort of anti-philosophy, which can be used to prove that the Earth is flat, maggots grow from rotting meat, and the stars are all set in a dark blue bowl resting upside down atop the Earth. It is basically an admonition to concentrate hard on the shadows on the cave wall, and ignore that voice behind you tempting you to turn around and look toward the light.

Nevertheless, in the case of indifference, common sense is firmly on the Austrian side. The "man on the street," watching someone else order steak instead of chicken and then asked whether the diner, at that moment, preferred steak or chicken, would invariably answer "steak." As one “man on the street” (who happens to be a woman), Elizabeth Bernard, wrote to me:

Should Indifference Curves Be Banished?

I’d like to close by noting that there is nothing objectionable, as far as I can see, in the mere notion of indifference curves. Here, some Austrians may part ways with me. The bone of contention will be whether a model, to be of any use, must be “essentially” realistic, or whether an admittedly unrealistic model may have its purposes. I hold that, so long as we don’t forget the unrealistic assumptions we have made, we are free to make what models we will and then see what insight, if any, they yield.

Indifferences curves depict the limit of a process in which we have assumed:

If we keep the above (admittedly unrealistic) assumptions in mind then indifference curves can be used in much the same way as other limit constructs. However, they bear only a distant, very abstract resemblance to real economic activity. Not only are goods not perfectly divisible physically, but human considerations when choosing are even lumpier. When picking breakfast, I typically might choose between having two eggs or a bowl of cereal. The fact that if I were a preference-maximizing computer I would choose 1.0374 eggs and .462 bowls of cereal has only a remote bearing on what I will have for breakfast.