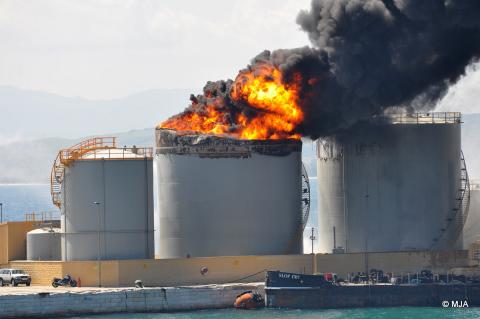 Appearing on "Meet the Press" on Sunday, July 30, Republican vice presidential nominee Dick Cheney endorsed the Clinton/Gore administration’s policy of energy socialism, only criticizing it as being insufficiently coercive and forceful.

"We need a national energy policy," said Cheney, apparently oblivious to the disastrous results of America's previous experiment with energy socialism during the 1970s, when he had the opportunity to observe it first hand as President Gerald Ford's chief of staff.

Russert asked the obvious question: "What is the correct price of oil, then?" Cheney gave no answer other than to mumble on about "price stability." What this exchange reveals is that both political parties are energy socialists, which makes one wonder about all the other supposedly market-oriented reforms being proposed by the Republicans regarding health care, old-age insurance, taxes, the environment, and virtually all other policy areas.

Energy is the lifeblood of capitalism, which is why left-wing environmentalists have waged political war on the energy industry for decades. Barry Commoner, a gray eminence of the leftist environmental movement, has openly admitted that his agenda has always been to destroy capitalism by first neutering the energy industries, especially petroleum, with massive regulation and taxation. Corporate executives like Dick Cheney who advocate price controls on petroleum are playing right into the hands of the environmental socialists.

Cheney's remarks reveal a remarkable ignorance of economics and a lack of common sense. He says he wants the government to prohibit "high" prices of oil with price controls, but is also concerned about the lack of investment when prices are "low." But the "stable" prices caused by his price controls would lead to less investment by reducing oil prices and profits, thereby contradicting his stated objective.

They would also spawn a repeat of the disastrous 1970s-era price controls: massive shortages, artificially increased dependence on foreign imports, and myriad moronic government allocation schemes, from the subsidization of electric power-driven "windmills" to requirements that most parking spaces be painted in for "compact cars" only.

Ronald Reagan's very first act as president, minutes after he was sworn in, was to issue an executive order that immediately deregulated the price of oil that had been controlled since 1972. The Reagan administration's devotion to free markets was all downhill from there, but the immediate decontrol of oil prices was its finest hour. Shortages were eliminated, the biggest production boom in oil industry history occurred, and the entire economy benefited.

Dick Cheney and George W. Bush apparently want to repudiate what is perhaps the Reagan administration's sole achievement on behalf of free markets.

This brand of energy socialism would also deny consumers the benefits of "low" oil prices in its quest for "stability." But when relatively low prices cause less investment in oil, those resources are being invested elsewhere, where consumers value them more highly. At the same time, artificially propping up oil prices will lead to excessive investment there, at the expense of more genuinely economical investments in other industries.

Eliminating such malinvestment is a primary benefit of the free-market allocation of resources, but Mr. Cheney would have the federal government disallow it in his Quixotic quest to replicate Jimmy Carter's disastrous energy policy.

The only proper "national energy policy" is to eliminate all taxes on energy, including the "tax" of regulation, which comes primarily in the form of government-imposed restrictions on oil exploration and development. Developing a genuinely free market in petroleum is the only means of achieving a rational allocation of resources in that industry.

Any corporate CEO who advocates governmental control of his prices ought to be canned by his board of directors immediately. That such small-minded fools can gain positions of power in government that will allow them to wreak economic havoc is the number one reason why the only sensible energy policy is total deregulation.