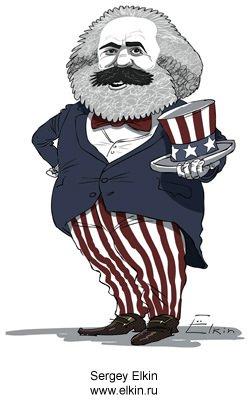 How many times have you heard "capitalist" used as an epithet or a put-down? How many people do you know who use variations on "capitalism" to describe pretty much anything they don't like? It's a vice that cuts several ways. As the tea-party movement has risen to prominence, how often have you heard people denounce President Obama as a socialist?

Far too often, people use terms like "capitalism" and "socialism" sloppily, either because they don't understand them or because the words make for cheap but effective (albeit inaccurate) political rhetoric. The Great Conversation suffers because of it.

If we're going to have a meaningful conversation about political, cultural, and social institutions, we have to first know what we're talking about. That's the point of my participation in the Mises Academy. From March 31 through May 11, I will teach a Mises Academy course called Capitalism and Socialism.

Debates about capitalism, socialism, and interventionism often proceed as if we are trying to choose between equally feasible sets of institutions, with the social choice being determined by our willingness to trade off efficiency to get equity, the degree to which we care about the poor and downtrodden, the degree to which we believe that God helps those who help themselves, or what have you.

The case for capitalism and the case against socialism are more complex than that. In response to the critics of capitalism who had emerged in the 19th century and who grew progressively louder in the early 20th century, Ludwig von Mises asked a critical question about a critical socialist assumption: was economic calculation even possible under the socialist system, which was allegedly going to produce material superabundance? In short, Mises pointed out that before we have discussions about whether socialism is desirable (or inevitable, as it was in the view of Marx and his followers), we have to ask whether it is even possible. Mises's answer was a straightforward "no."

Why this class? My first motivation is instrumental. Attempts to implement socialism in the 20th century nearly drowned civilization in blood. For the sake of our children, socialism is a mistake we cannot afford to make again.

My second motivation is intellectual. Socialism and interventionism are based on complex knots of errors. If truth is important, then this is a discussion that we need to have.

Enthusiasm for socialism and its variants persists within the academy and elsewhere; indeed, 2009 saw the publication of G.A. Cohen's short tract Why Not Socialism? which I review here, David Gordon reviews here, and James Otteson reviews here. In Gordon's words, Cohen's apology for socialism was "purely ethical: we should institute socialism because this is a morally better system than capitalism."

Last year, I explained "Why Economics is Crucial for Ethics." Throughout this year's course, we will undertake a critical evaluation of capitalism and socialism to see who has the moral high ground. Here is Ludwig von Mises, from page 346 of Theory and History:

It must be reiterated that no reasoning founded on the principles of philosophical ethics or of the Christian creed can reject as fundamentally unjust an economic system that succeeds in improving the material conditions of all people, and assign the epithet "just" to a system that tends to spread poverty and starvation. The evaluation of any economic system must be made by careful analysis of its effects upon the welfare of people, not by an appeal to an arbitrary concept of justice which neglects to take these effects into full account.

By the time we are finished, we will have established which system "succeeds in improving the material condition of all people" and which system "tends to spread poverty and starvation."

We will meet once a week for five weeks. In our first meeting, we will define the terms "capitalism" and "socialism," unpack exactly what they mean, and discuss the combination of capitalist and socialist institutions that constitute modern mixed economies. The second lecture will consider the socialist-calculation debate and explain at a theoretical level why pure socialism is impossible. In short, we will consider the debate over whether socialism can deliver material abundance and economic stability. In our third lecture, we will explore the shifting critique of capitalism, which holds that it delivers material abundance but at the expense of other values. The fourth lecture will explore the practical consequences of capitalism, socialism, and interventionism and the unflagging popularity of socialism and interventionism among intellectuals and other commentators. In our final discussion, we will draw out implications of what we have read and discussed for how we understand interventionism and attempts to develop a "third way" between pure capitalism and pure socialism.

Each week, I will lecture for about an hour and then take about 30 minutes for questions and answers. For each session, I will suggest things to read, watch, or listen to: these will include introductory materials, readings on which I will base my lectures, and suggestions for advanced study for the students who want to go deeper. It's a class that will involve as little (or as much) work as you want to do.

The errors and horrors of socialism are fading from our memory. Indeed, within the next couple of years there will be no one of college age who was alive while the Berlin Wall stood. Henry Hazlitt has said that good ideas have to be relearned every generation. My Capitalism and Socialism course will be an effort toward that end. I hope you will join us.