GET NEWS AND ARTICLES IN YOUR INBOXPrint
A
A
Home | Mises Library | Can the US Dollar Face Down the Chinese Yuan?

Can the US Dollar Face Down the Chinese Yuan? 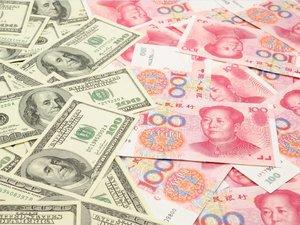 Tags The FedGlobal EconomyMoney and Banking

[Editor's note: Yesterday the International Monetary Fund designated the Chinese yuan as one of the global currencies used to calculate the value of Special Drawing Rights. This event may portend a significant reordering of the world's monetary system, and serve as a recognition that the US dollar's ongoing status as the world's reserve currency is not guaranteed. Jim Rickards terms this a "political decision" by the IMF, and discusses what it means both for China and the US.]

Membership in the exclusive SDR currency club has changed only once in the past thirty years.

That change took place in 1999, and was purely technical due to the fact that the German mark and French franc were being replaced by the euro.

Leaving aside this technical change, the SDR has been dominated by the “Big Four” (US, UK, Japan, and Europe) since the IMF abandoned the gold SDR in 1973. This is why inclusion of the Chinese yuan is so momentous.

Including the yuan is a “seal of approval” by the world’s major financial powers, led by the United States. It means China is a financial superpower and deserves a seat at the table when the international monetary system is reset.

You can think of this as a four-person poker game where a fifth player just sat down at the table with a large pile of chips. The poker game will now take on a new dynamic.

China does not strictly meet all the IMF criteria for inclusion in the SDR club. But use of the Chinese yuan in global trade does satisfy the test.

The yuan’s share of global payments has been steadily rising, from less than 1 percent in 2013 to about 2 percent in 2014. Yuan use is currently approaching 3 percent as shown in the charts below.

Use of Chinese yuan surpassed Australian, Canadian, Singapore, and Hong Kong dollars, as well as Swiss francs, by 2014. It also recently passed the Japanese yen. This makes the yuan the fourth most used currency in the world after US dollars, euros, and sterling.

Where the Chinese yuan doesn’t meet IMF standards is in having an open capital account. China has also not always been transparent in their reporting of reserve positions.

Market confusion and turmoil have been caused lately by China’s efforts to move in the direction required by the IMF.

For two years prior to August 2015, China informally pegged the yuan to the US dollar at a rate of about 6.2-to-1.

Maintaining the peg requires continuous market interven-tion by the People’s Bank of China, or PBOC (the central bank). Market forces tried to drive the yuan lower. This forced the PBOC to sell dollars and buy yuan to maintain the peg.

This operation drained about $500 billion from China’s $4 trillion in reserve assets in a matter of months. It is inconsistent with an open capital account in which market forces, not PBOC intervention, determine the value of the yuan.

But suddenly, in August 2015, China devalued the yuan in two steps, to a level of about 6.4-to-1. This was a shot heard round the world.

The devaluation led directly to meltdowns in US equity markets as the resulting strong dollar threatened to hurt US exports and jobs. A stronger dollar also hurts earnings of US companies with overseas operations. This damage has since become apparent in third-quarter corporate earnings reports.

From China’s perspective, the devaluation was a step in the direction of an open capital account. But from the world’s perspective, it was a continuation of the currency wars. Investors saw more devaluations coming and more damage to US corporate earnings.

China has also improved the transparency of its reserve reporting, especially with regard to gold. From 2009–2015, China reported no increases in its gold reserves. Yet the evidence (from mining statistics and Hong Kong imports) was conclusive that China was, in fact, acquiring thousands of tonnes of gold.

In mid-2015, China suddenly announced that its gold reserves had increased by 604 tonnes. The total rose from 1,054 tonnes to 1,658 tonnes. Since then, China has up-dated its gold reserve position monthly (in keeping with IMF criteria).

All of these figures are misleading because China keeps several thousand tonnes of gold “off the books” in a separate entity called the State Administration for Foreign Exchange (SAFE). Small amounts are transferred from SAFE to PBOC monthly, and that becomes the basis for the official reserve reports.

China’s case for admission into the SDR club is a mixed bag. The yuan meets the use criteria and is close on the reserve criteria. China does not meet the criteria for an open capital account and transparent reporting. Still, they are moving in the right direction.

In fact, none of this matters. The decision to include the yuan in the SDR is a political decision, not an economic one. The green light to proceed has already been given by the IMF Executive Board.

James Rickards is chief global strategist at the West Shore Funds, editor of Strategic Intelligence, a monthly newsletter, and director of The James Rickards Project, an inquiry into the complex dynamics of geopolitics + global capital. He is the author of New York Times best seller The Death of Money (Penguin, 2014), national best seller Currency Wars (Penguin, 2011), and The New Case for Gold (Penguin, 2015). He has held senior positions at Citibank, Long-Term Capital Management, and Caxton Associates. In 1998, he was the principal negotiator of the rescue of LTCM sponsored by the Federal Reserve.

James Rickards is chief global strategist at the West Shore Funds, editor of...

Jeff Deist and Jim Rickards discuss gold in the context of current geopolitics and enduring myths about monetary...

Jim Rickards and Jeff Deist discuss the unfolding drama at the Fed.