GET NEWS AND ARTICLES IN YOUR INBOXPrint
A
A
Home | Mises Library | California's Enemy: The State 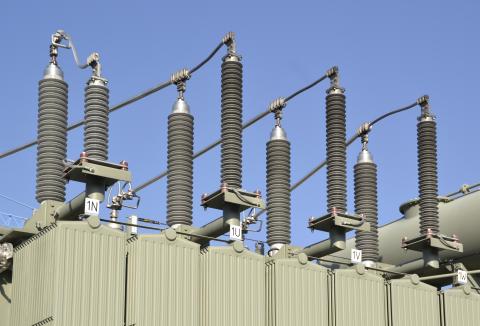 California is a beautiful state with a (mostly) mild, sunny climate, which is one reason why so many people live there.  But who would want to move there, it is often asked, if one had to endure chronic water shortages, earthquakes and now, "rolling blackouts?"  These events are typically blamed on either Mother Nature or the free market, but in reality they are either caused or exacerbated by government regulation.

California’s politicians have been quick to blame the current electricity "shortages" on "deregulation" when in fact the opposite is true:  Although wholesale electricity prices have been deregulated, retail prices have not, and regulation has all but prohibited the building of additional electricity supply capacity.

The population has doubled in the past ten years, which has caused about a one-third increase in electricity demand, whereas supply has remained stagnant thanks to the environmentalist extremists in the state government.  These neo-luddites have blocked nuclear power plant construction; they have vetoed the building of additional dams for hyrdoelectric power (lest some aquatic creepy crawlers be disturbed); and are nearly apoplectic in their opposition to coal- or natural gas-fired electric power plants.

Ballooning demand, restricted supply, and price controls are a perfect recipe for shortages.  Complete deregulation of the electric power industry is the only way to resolve this problem, although California’s governor is currently proposing the worst of all worlds:  a Soviet-style government takeover of the state’s electric power industry.

California’s periodic water "crisis" is another unnatural disaster caused by government regulation.  The big problem is that most of the water in the state has been regulated for decades by the Federal Bureau of Reclamation, which heavily subsidizes the irrigation which delivers water from the northern part of the state to the bone-dry southern part. (Seventy-five percent of the water comes from the north, whereas 75 percent of the population is in the southern half of the state).

Some 85 percent of the water is used for agriculture and is sold at government-imposed, below-market prices.  Some farmers pay as little as $3.50 per acre foot for water that costs $100 per acre foot just to pump through the government-run irrigation system.  At these prices it is "economical" to grow cotton and rice in the desert, even though the Mississippi Delta and the rice paddies of Vietnam are more natural habitats for these crops.  California grows prodigious amounts of both.

Government-subsidized water use for one purpose alone -- irrigating pastures for grazing sheep -- exceeds the water used for all other purposes in California, residential and industrial.  In one recent year $530 million in taxpayer dollars were spent on pumping this water to sheep ranchers when the gross revenues of the sheep ranching industry in that year were less than one-fifth of that amount, $100 million.

Meanwhile, cities throughout the state suffer such severe "water shortages" from time to time that government toilet monitors have been employed to enforce three-flushes-a-day regulations.  (I am not making this up).

The Federal Bureau of Reclamation’s crazy central planning scheme is the main cause of California’s periodic water supply crises.  As with electricity, only a free market in water can put an end to the insanity.

Even California earthquakes would not be as devastating were it not for government regulation.  Federal disaster insurance allows residents to purchase homeowners’ insurance at subsidized rates, sometimes at one-tenth the free-market price. Federal disaster insurance is sold where no private insurer would even consider it, such as insuring houses built on top of earthquake faults or on the edges of muddy cliffs overlooking the ocean.  The government is subsidizing the building of houses that are sure to be destroyed by earthquakes and winter storms.

Government building code regulation also has a tendency to encourage builders to meet the minimum requirements set by government, but no more.  Alternatively, if private insurance markets were used to assure building safety, standards would be much higher, and earthquake damage less severe.  And, of course, a notorious source of governmental bribery and corruption would be eliminated.

The millionaire socialists from Hollywood who pour millions into state political campaign coffers are largely isolated from all these disasters.  They live in mansions far away from earthquake faults; the lights are never turned off in their neighborhoods; and they have enough political clout to buy all the water they need.  It will take a popular free-market revolt, along the lines of the infamous "Proposition 13" tax relief crusade of the late 1970s, to eliminate the state’s chaos-causing regulatory regime.