Caesar III and the Ubiquitous Failure of Central Planning 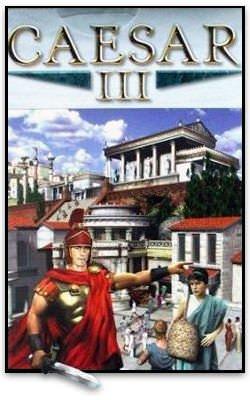 A few weeks ago, I entertained a friend of mine with a friendly chat on politics. Being the ardent socialist he is, he made his case for why our country needs to implement redistributive policies A, B, and C. After he had finished, I asked him how he could expect anyone to plan or calculate all that was required. I asked him how anyone could expect to rule and govern efficiently in the absence of a free market. He suggested I play a game called Caesar III. He swore that this game modeled economics well and that I should try my hand at it to see how well a centrally planned society would run. I accepted his challenge.

For those that are not familiar with Caesar III, it is a city-building game that takes place in the days of Roman colonization. In the game, the player takes the role of a city governor and has to see to it that his colony meets the demands of Caesar (who maintains pretty arbitrary city requirements). Your role, as governor, is to see to it that you build a thriving, prosperous city, with a robust economy and happy people.

You start with an untouched plot of land. Sometimes it has mountains to mine or seas to fish in or arable farmland to grow plants. On one side of the screen is a taskbar full of buildings you can construct. You can choose to build dozens of theaters side by side down a street if you want. There is nothing preventing you from building any construction at any time — aside from the money to build it and maybe mountains or lakes in the way. The game gives you specific criteria to accomplish. You must have this level of "Culture" (shown by how opulent your dwellings are), "Favor" (Caesar's disposition to you), "Population," "Peace," etc.

As a city organizer, you must decide in what order and in what amount you are to build everything. Right choices are rewarded by increased ratings in those criteria; wrong choices cost you money and time. To advance in levels, you have to meet those criteria in amounts that Caesar chooses. In a beginning level, he may ask for a "Culture" rating of 10, in which case you may advance with mud huts, but later on you cannot complete a level until it's up to 50, which requires elaborate Roman villas with wine and pottery, etc.

As soon as you meet all the requirements, the game triumphantly declares your city a success.

Unfortunately, there is no option to "Disable Government" (perhaps the makers thought this would be too easy a win), so we are forced to assume full control and to build a city from the ground up. This makes for the perfect experiment in central planning. I spent 3 hours on Skype with my friend J.P. Gonzales trying to finish a level. Even with our combined intellect, ordering and ruling masses of people proved tough.

In the real world, there is a component of central planning that we all take into consideration that does not exist in this game: namely, the reality of selfish interests on the part of the ruling caste. It is abundantly clear in the real world that governments act primarily in their own self-interest, and so any claim that democracy/socialism is "for the people" can be considered naïve at best and cruelly propagandistic at worst. Not so in this game.

As the ultimate city planner, I can say in front of all of you that I tried my damnedest to bring forth the paradise envisioned by Marx. I labored on road and water plans, my brow sweating as I reorganized industrial projects; I even donated my own governor's salary when necessary to pay back debts I incurred to Caesar. I am the governor from on high, disinterested in the material accumulation of my governed population. I have no temptation. Even so, my attempts were met with failure after abject failure.

In order to begin my city, my first act is to design the road system. After all, if there are no roads, I cannot have immigration to my city and I will have built a city for no one. After the roadwork is completed, I then build prospective homes for my people to live in, farms on farmland (connected by roads of course), granaries to store wheat, and markets to dispense the goods to the consumers.

All of the labor — from growing wheat to feeding the people — has to be organized by yours truly. I must rank all the diverse jobs that my labor force can accomplish in order of importance, a critical decision-making process indeed.

Then comes the clean water: I must build reservoirs near lakes and connect them via aqueducts, which cut through my town. I have to carefully plan where the aqueducts will lie, lest I misallocate precious resources that get in the way of delivering water. Finally, I build fountains to deliver the water to the people.

You can see how the game progresses. In addition to food and water, the same process must be applied to schools, hospitals, temples (dedicated to five different gods), libraries, bathhouses, theaters, academies, prefectures, gardens, engineers' posts, etc. This is firsthand experience of the truth of Mises's argument against socialism: that without market prices for factors of production, there is no intelligent or rational way to organize society. There is no private property whatsoever, and the prices that determine the goods on the market are completely arbitrary. Economic calculation is impossible.

Moreover, the entire city is built from the funds of my governor's stipend. The houses, the farms, the docks, warehouses, amphitheaters, wharves and all the rest come straight from my pocket. In order to earn money, I have either to increase the tax rate or export goods to another land. I find the system of taxation pretty irrelevant because all wages come from the state as well. If all wages are uniformly imposed, as well as taxes, what point is there to either? This is truly what Hazlitt means when he talks about "taking from the left pocket to give to the right."

"This is firsthand experience of the truth of Mises's argument against socialism: that without market prices for factors of production, there is no intelligent or rational way to organize society."

As an aside, let it be known that the Senate building and forums — tax-collection bases — are some of the most helpful constructions in the game. Imagine a socialist community without taxation!

At some point in your career as governor, you will need to augment your income by exportation. In order to export, you first must purchase the right to a trade route. After the route is purchased, you must allocate labor to industries that produce the goods that the importers want to buy. This requires a complete shift in the direction of labor and often creates massive unemployment; the unemployed then become criminals and rob the tax collectors, emigrate, or continue consuming your capital without producing any goods.

The object of the game is to complete the set requirements and move on. Every level becomes harder and harder, and the planning turns from challenging to difficult to nightmarish. I failed at least a half-dozen times at every level before I learned how to play.

There are some important things to remember about this game. In the first place, you must build enormous amounts of police stations (prefectures) at all times. They protect the citizens and make sure buildings live up to the fire code. Failure to do so will result in spontaneous explosion of random buildings (literally!). There have been times when I forgot (silly me) to place 3 prefectures all around my farmlands, and all my farms caught fire and had to be cleared.

Similarly, the game also demands an unusually large amount of engineers' posts to make sure the architecture is up to code. Without them, the same spontaneous collapse of buildings occurs and complete clean up is required. I found it amusing that the game forces you to build disproportionately large amounts of public offices to make sure "your citizens are safe." Many parts of the city are like this: not enough doctors' offices amount to a plague epidemic; not enough labor devoted to farmland results in mass exile.

Another neat feature is the advisers panel. Clicking on this panel lets you talk to your city advisers on labor, religion, food, military threats, etc. The relation this game has to real-world socialism is scary. I could never even get close to finishing a level if I didn't revert to checking with my advisers every minute. If the Caesar designers were trying to make the players more sympathetic to dictators, they could have made planning an easier job or, at the very least, they could have given the advisers better bedside manner.

The amount of notices, alarms, concerns, advice, threats, demands from Caesar, and explosions is enough to suggest an Adult Content rating for this game. For those weak in the art of multi-tasking, beware.

All in all, Caesar III is a lesson in the futility of central planning. The game doesn't even attempt to treat the population as rational humans with changing desires. They are robotic automatons for you to control. The difficulty of the game comes from distributing food, water, education, health, religion, law, and all sorts of consumers' goods (pottery, furniture, etc.). Despite unchanging conditions, the impossibility of rational planning makes this a difficult game — and especially frustrating for Austrians. Even with so bright a central planner, I found myself incapable of satisfying all of my plebeians' desires.

A revealing discovery was that the people upgrade their own housing in response to how well the planner provides necessities. I don't upgrade the homes: they themselves do. This might be the only trace of individuality that Caesar III allows. It was well-discovered, though, because it at least implicitly acknowledges the truth that economic wealth can only be created by individuals pursuing rational ends. I can provide the goods, but if the population decides to live in squalor, there is not much I can do.

Unfortunately, I never got a chance to report back to my friend on the complete inadequacy of the game to capture the essence of human action. If my friend, like Plato before him, thinks society could be modeled like an ant colony, I welcome his attempts to explain how. As far as it went, Caesar III was an experiment in refutation. If a graduate from the Mises University has trouble planning a make-believe Roman colony, what hope is there that anyone could plan the real thing?