The Business of Government 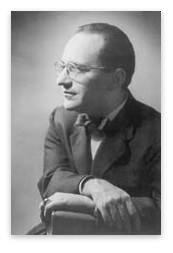 In the midst of nationwide prosperity, some economic and social problems keep nagging at the public. All over the country, they take the same form. What are they? Traffic congestion, inadequate roads, overcrowded schools, juvenile delinquency, water shortages. Such matters have proven troublesome in many ways; above all, they seem to breed conflicts.

Is there anything special about water or schooling that creates insoluble problems? How does it happen that there are no fierce arguments over what kind of steel or autos to produce, no battles over the kind of newspapers to print? The answer: There is something special — for the problems of schooling and water supply are examples of what happens when government, instead of private enterprise, operates a business.

Have you ever heard of a private firm proposing to "solve" a shortage of the product it sells by telling people to buy less? Certainly not. Private firms welcome customers, and expand when their product is in heavy demand thus servicing and benefiting their customers as well as themselves. It is only government that "solves" the traffic problem on its streets by forcing trucks (or private cars or buses) off the road. According to that principle, the "ideal" solution to traffic congestion is to outlaw all vehicles! And yet, such are the suggestions one comes to expect under government management.

Is there traffic congestion? Ban all cars! Water shortage? Drink less water! Postal deficit? Cut mail deliveries to one a day! Crime in urban areas? Impose curfews! No private supplier could long stay in business if he thus reacted to the wishes of customers. But when government is the supplier, instead of being guided by what the customer wants, it directs him to do with less or do without. While the motto of private enterprise is "the customer is always right," the slogan of government is "the public be damned!"

Conflicts and bitterness are inherent in government operation. Imagine what would happen if all newspapers were published by government. First, because a government operation gets its revenues from coercive taxation instead of voluntary payment for services rendered, it is not obliged to be efficient in serving the consumer. And, second, conflicts among groups of taxpayers would rage over editorial policy, news content, and even tabloid versus regular size. "Rightists," "leftists," "middle-of-the-roaders," each forced to pay for the paper, would naturally try to govern its policy.

On the free market, in contrast, each group finances and supports its own preferred product, whether newspaper, school, or package of baby food. Socialists, free enterprisers, progressives, traditionalists, gossip-lovers, and chess-lovers, all find schools, papers, or magazines that meet their needs. Preferences are given free rein, and no one is compelled to take an unwanted product. Every political preference, every variety of taste, is satisfied. Instead of a majority or the politically powerful tyrannizing over a minority, every individual may have as much as he can afford of precisely what he wants.

The standard government reply to charges of inefficiency or shortage is to blame the public: "Taxpayers won't give us more money!" The public literally has to be forced to hand over more tax money for highways, schools, and the like. Yet, here again, the question arises: "Why doesn't private enterprise have these problems?" Why don't TV firms or steel companies have trouble finding capital for expansion? Because consumers pay for steel and television sets, and savers, as a result, can make money by investing in those businesses.

Firms that successfully serve the public find it easy to obtain capital for expansion; unsuccessful, inefficient firms of course go out of business. In government, there are no profits for investors and no penalty charged against the inefficient operator. No one invests, therefore, and no one can insure that successful plants expand and unsuccessful ones disappear. These are some of the reasons why the government must raise its "capital" by literally conscripting it.

Many people think these problems could be solved if only "government were run like a business." And so they advocate jacking up postal charges until the Post Office is "run at a profit." Of course, the users would be taking some of the burden off the taxpayers. But there are fatal flaws in this idea of government-as-a-business. In the first place, a government service can never be run as a business, because the capital is conscripted from the taxpayer. There is no way of avoiding that. (Finance by bond issue still rests on the power of taxation to redeem the bonds.) Secondly, private enterprise gains a profit by cutting costs as much as it can.

Government need not cut costs; it can either cut its service or simply raise prices. Government service is always a monopoly or semi-monopoly. Sometimes, as in the case of the Post Office, it is a compulsory monopoly — all competition is outlawed. If not outlawed, private competition is strangled by taxes to cover the operating deficits and raise capital for tax-exempt government operation.

There is another critical problem in government operation of business. Private firms are models of efficiency largely because the free market establishes prices which permit them to calculate, which they must do in order to make profits and avoid losses. Thus, free "capitalism" tends to set prices in such a way that goods are properly allocated among all the intricate branches and areas of production that make up the modern economy.

Capitalist profit-and-loss calculation makes this marvel possible — and without central planning by one agency. In fact, central planners, being deprived of accurate pricing, could not calculate, and so could not maintain a modern mass-production economy. In short, they could not plan.

There is no way to gauge the success of a product that the customers are compelled to buy. And every time government enters a business, it distorts pricing a little more, and skews calculation. In short, a government business introduces a disruptive island of calculational chaos into the economic system.