The Bureaucrat in Your Shower | Mises Institute
Skip to main content

The Bureaucrat in Your Shower 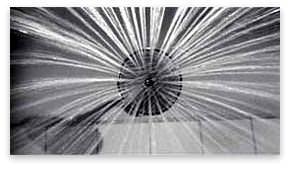 The Department of Energy may soon be paying a visit to a certain shower-head manufacturer in Arizona. The company is Zoe Industries Manufacturing. It runs Showerbuddy.com, a popular site that sells amazing equipment for bathrooms.

Consumers love the company but one man doesn't. He is Al Dietemann, head of conservation for the Seattle Water Board. Al ordered some products and sent them to BR Laboratories in Hungtington, California, according to the Seattle Post-Intelligencer. And sure enough, Bureaucrat Al gained enough data to report Zoe to the feds, accusing Zoe of "blatant violations of environmental protection laws." Now the heat is on.

What's the big deal? What critical matter of American public life is at stake? It's all about water flow and gallons per minute.

You might have some vague memory from childhood, and perhaps it returns when visiting someone who lives in an old home. You turn on the shower and the water washes over your whole self as if you are standing under a warm-spring waterfall. It is generous and therapeutic. The spray is heavy and hard, enough even to work muscle cramps out of your back, enough to wash the conditioner out of your hair, enough to leave you feeling wholly renewed — enough to get you completely clean.

Somehow, these days, it seems nearly impossible to recreate this in your new home. You go to the hardware store to find dozens and dozens of choices of shower heads. They have 3, 5, 7, even 9 settings from spray to massage to rainfall. Some have long necks. Some you can hold in your hand. Some are huge like the lid to a pot and promise buckets of rainfall. The options seem endless.

But you buy and buy, and in the end, they disappoint. It's just water, and it never seems like enough.

Why? As with most things in life that fall short of their promise, the government is involved. There are local regulations. Here is one example of a government regulation on the matter, from the Santa Cruz City Water Conservation Office: "If you purchased and installed a new showerhead in the last ten years, it will be a 2.5 gpm [gallons-per-minute] model, since all showerheads sold in California were low consumption models beginning in 1992."

You mean they regulate how much my shower sprays? Yes indeed they do. Government believes that it has an interest in your shower? Yes it does.

And it is not just crazy California. The Federal Energy Policy Act of 1992 mandates that "all faucet fixtures manufactured in the United States restrict maximum water flow at or below 2.5 gallons per minute (gpm) at 80 pounds per square inch (psi) of water pressure or 2.2 gpm at 60 psi."

Or as the Department of Energy itself declares to all consumers and manufacturers: "Federal regulations mandate that new showerhead flow rates can't exceed more than 2.5 gallons per minute (gpm) at a water pressure of 80 pounds per square inch (psi)."

As with all regulations, the restriction on how much water can pour over at once while standing in a shower is ultimately enforced at the point of a gun.

Manufacturers must adhere to these regulations under penalty of law, and to be on the safe side, and adjust for high-water pressure systems, they typically undershoot. If you try your showers right now, you will probably find that they dispense water at 2 gallons per minute or even less. Together with other regulations concerning water pressure, your shower could fall to as low as 1.5 gallons per minute!

This creates a rather serious problem for nearly everyone in the country. America is the land of the shower. Popular lore holds that Americans are some of the most showered people in the world, and this stands in contrast to, well, to lands of the less showered. (Not naming any names!)

As for Zoe Industries, they set out to address this strange problem that has made our showers less functional than they ought to be.

They are not water anarchists; we aren't talking about shower-reg secessionists here. But the company did insightfully observe that the restriction applies on a per-shower-head basis.

So Zoe sells full units that have three full heads per shower! What a solution — truly in the spirit of American enterprise in the best sense. These remarkable units are both brilliant and beautiful, and they comply with the letter of the law. The one that annoyed Bureaucrat Al is the "Nautilus II Chrome" — and what a piece of work it is!

If it turns out that the feds can't prove him in violation, Congress might have to go back to work. The regs might have to be changed to specify one head per shower space.

But then what can the government do about the length of showers? After all, there is no real way to regulate how much water we use (and pay for). Maybe the shower heads have to have timers on them. And maybe the feds need to put up little monitors in our showers to make sure that we have stopped and started them.

And what happens to shower offenders? One can see federal S.W.A.T. Teams screeching up to your house, black-clad men pouring out, securing the perimeter, and shouting through a bull horn: "Drop the soap and come out of the shower with your hands up!"

Most manufacturers adhere to the regulations. But savvy consumers know how to get around the problem.

Warning: The following section is for information purposes only; I am not advocating egregious violations of federal law as some trouble-making rebel might. Do not endanger your status as a law-abiding citizen who takes wimpy showers.

Many people now hack their showers — or customize them, if you prefer. You can take your shower head down, pull the washer out with a screwdriver, and remove the offending intrusion that is restricting water flow. It can be a tiny second washer or it can be a hard plastic piece. Just pop it out and replace the washer. Sometimes it is necessary to trim it out using a pen knife.

Using this method (just as an experiment for the sake of journalism — again, do not try this at home) I was easily able to expand my gallons per minute on each shower in my house to an average of 3.4 gpm, thereby recreating that childhood sense of gushes of water pouring down.

Now, that doesn't compare to the amazing 12.7 gallons per minute that BR Labs claims they were able to clock with the Nautilus II (wow wow wow!) but it still exceeds federal regulations.

Why would anyone want to do this? According to the head of Zoe Industries, people somehow have the sense that I described above. "Generally, they don't like the water savers," he says, "the flow of water is too weak and they feel as though they haven't gotten a shower."

The whole craziness here recalls the similar frenzy about toilet tank size that resulted from the same act of Congress. Eventually manufacturers figured out ways to make the toilets flush but, even today, you never want a plunger to be too far from the toilet. Thus has it spawned an entire industry of designer plungers!

You might say that water needs to be conserved. Yes, and so does every other scarce good. The peaceful way to do this is through the price system. But because municipal water systems have created artificial shortages, other means become necessary. One regulation piles on top of another, and the next thing you know, you have shower commissars telling you what you can or cannot do in the most private spaces.

Has central planning ever been more ridiculous, intrusive, and self-defeating?

If Zoe Industries is bankrupted by federal fines, who will stand up for our rights to take showers our own way and make our own judgments about how much water to use?