The British Genius for Compromise 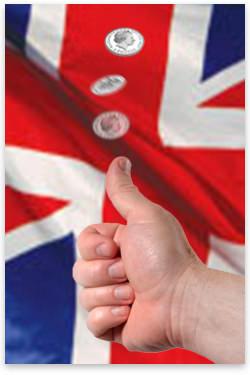 For some months now I have been constantly reminded, by one well-meaning friend or critic after another, of the English genius for compromise. The occasion for this is a book in which I pointed to certain dangers created by the present trend of economic policy. The regularity with which it has since been intimated to me that, however blameless my logic, I did not, and presumably could not, appreciate the British capacity for muddling through, for reconciling opposites, and for achieving what by mere logic should be impossible, suggests that these have become somewhat stereotyped responses, readily employed as an excuse for closing the eyes to unpleasant facts.

The peculiar point about these invocations of the genius for compromise is that they are produced in reply to an argument which, at least by implication, was a defense of the very institutions which have created this trait, and a warning that they are rapidly disappearing. If in the growth of the social and political structure of Britain the unforeseen and unintended has so frequently emerged, this is of course merely another way of saying that it has never been planned as a whole. In the piecemeal process of adaptation and change there has always been opportunity for the people to change institutions into something different from what they were intended to be, to create a society which was not the result of a single coherent plan, but of innumerable decisions of free men and women.

The confidence that in the end things would somehow turn out right was largely justified by the fact that in a free society the actions of the government were of minor importance compared with the manner in which the people turned to their own use whatever instruments the government provided. The trust in muddling through, in the capacity for reconciling opposites, is in fact an unconscious tribute to the laissez-faire age, wholly inappropriate to the fully organized society now widely regarded as an ideal.

Reliance on such a belief may indeed prove to be a very dangerous superstition. When one finds this particular argument used in effect as a defense of central planning of all economic activity, when it is appealed to as an assurance that none of the consequences need follow which experience shows to have followed elsewhere, the muddle has clearly been allowed to persist too long. If there is anyone who has no right to argue that things will not work out according to logic, who is not entitled to put his trust in the genius for compromise and for muddling through, it is the modern planner. If everything is to be "consciously directed according to a single blueprint," as he wishes, if every detail is to be thought out beforehand and to be made part of an integrated plan, there can be no room for those spontaneous adjustments by which a people adapt a system to their peculiar genius.

The reply of the more sensible planners generally is that they never wanted a completely planned system, but merely a judicious admixture of planning to correct the evils of competition. But principles to which one commits oneself have a way of producing corresponding social systems, whether we wish it or not. And where, as is true of planning and competition, we have to choose between social systems which require altogether different legal and institutional frameworks, if we create the conditions suitable for the one we destroy at the same time the conditions required by the other.

There is such a thing as the inherent logic of events, which forces us forward on a given path whether we logically think it out beforehand or not. The trouble with a partial planning is precisely that every step forces us to further steps if the remaining free forces are not to upset our plans, and that it thus constantly reduces our freedom of action and makes us more and more the servants of the machinery we have created. You cannot afford to be illogical in a planned society, because its success depends on things turning out precisely as you expect. If they do not, they must be made to, even if, had the necessity of such further action been foreseen, the plan would never have been adopted. Beim ersten sind wir frei beim zweiten sind wir Knechte.1

Planning is the last thing on which we ought to embark without first thinking it out completely; and the least one must ask of the planners is that they think their system through before they try it on us. But that is exactly what they refuse and resent if somebody else attempts to do it for them. Every piece of planning that is shown to fit into an otherwise competitive system deserves serious examination. But whoever wants to plan to supersede competition cannot refuse responsibility for first showing how he proposes to do all the necessary things which used to be brought about by competition before he can claim to be taken seriously.

It is curious that the point which contemporary planners are so anxious to deny, that there is no stopping halfway on the road to a centrally planned society, used to be a favorite argument of the socialists. The famous phrase about "the inevitability of gradualness" says precisely what I have been trying to say; and it has certainly worked, not only in the sense in which it was meant, of advancing to a given goal step by step, but also in the sense that it has driven its inventors by its ruthless logic from Fabianism to out-and-out communism. The halfway house is as little an intellectual as a practical resting place. Though it is the position now occupied by the majority of thinking people, and the natural preference of the judicious mind on first looking at the matter, it is not a view long held by anyone after closer study of the problems.

The difficulty arises because most of the arguments which sound plausible enough if advanced in support of a particular proposal for state control do not bear application as general principles. But as a society which is not to be governed dictatorially must be governed by principles, and once a principle is admitted in a particular instance, the demand for its general application cannot be resisted, the purely empirical procedure of treating each case on its merits won't work, because each decision to act creates a precedent and provides irresistible arguments for further action. That practically all planners deprecate any laying down of general principles and prefer to judge each case by itself points to the most fundamental issue of all — that adherence to principles is the only alternative to arbitrary government.

Signs are not wanting that some of those who are largely responsible for the present craze for planning are beginning to be uneasy about the forces they have loosened, and to feel a little like the sorcerer's apprentice who cannot lay the ghosts he has raised. Once prices or incomes are guaranteed to some producers, there is little ground left for refusing the same to any others. If the supply of pig iron or coal cannot be left to the unregulated forces of competition there is no reason why that of tobacco should. If you argue for a particular purpose that "individuals have no machinery for limiting imports to the level of exports" you must not be surprised if your disciples insist that the government should individually match each item of imports with a corresponding item of exports. And if you generally denounce the "humbug of finance" you must not expect the people to respect the particular piece of financial machinery of your own design.

All this is of course not meant to say that we are likely ever to put into practice either of the two great opposing principles in all its purity. We are always on the move. All I am arguing is that the guiding principle which we adopt is likely to carry us far beyond the point at which we at first aim. Even Adam Smith thought that "to expect, indeed, that freedom of trade should ever be entirely restored in Great Britain is as absurd as to expect that an Oceana or Utopia should ever be established in it." Our planners are likely to be equally mistaken when they think they can stop the movement long before any of the horrors are reached which most of the more sensible among them admit that a completely planned society would involve. It takes a long time before such a tendency can be stopped, once the intellectual forces driving it on have got well under way. What I am pleading for is that it is time to stop and reflect if the momentum of the movement is not to produce very unpleasant results.

There is no reason to believe that the things the British people are capable of producing in a fit of absence of mind must always be of an agreeable character.

This article originally appeared in the Spectator, January 26, 1945.