GET NEWS AND ARTICLES IN YOUR INBOXPrint
A
A
Home | Mises Library | Book Review: The Case Against the Fed

Book Review: The Case Against the Fed 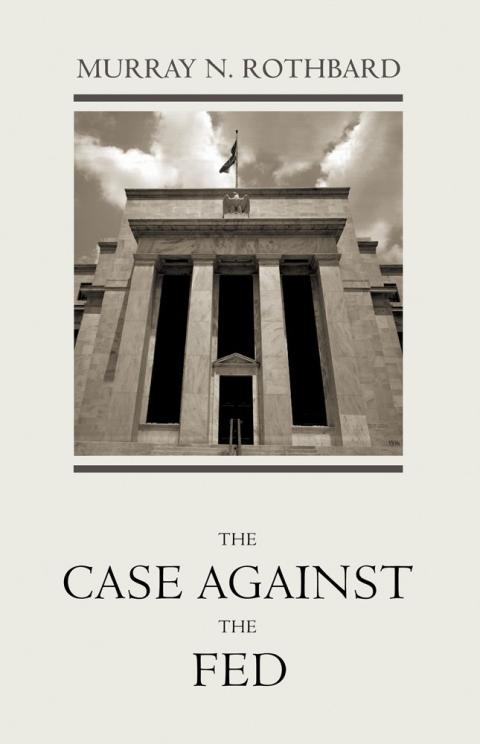 After 80-plus years of inflation and devastating booms and busts, how do we get rid of the cause of these economic cancers? "The only way to do that is to abolish legalized counterfeiting: that is, to abolish the Federal Reserve System, and return to the gold standard," answers Murray Rothbard in his book The Case Against the Fed.

For students who did not have the opportunity to take United States Economic History from the late Dr. Rothbard, this slim volume will give you an idea of what his classes were like.

Dr. Rothbard never bored his students with sterile graphs or convoluted equations. Neither does this book. This story of the Federal Reserve is about good guys, bad guys, and self-serving politicians helping their rich and famous friends. Also interesting is Rothbard's discussion of nineteenth-century British case law that paved the way for fractional reserve banking. Rothbard points out that, with bailment law undeveloped in the nineteenth century, bankers were able to win three important court cases culminating with the Foley v. Hill and Others case in 1848. In this case, the House of Lords decided that bankers contract for an amount of money, but not necessarily to keep that particular money on hand.

Rothbard lays to rest the myth that the Panic of 1907 led to the creation of the Fed. Bankers began scheming for a central bank after William McKinley defeated William Jennings Bryan in the 1896 presidential election. Long gone were the days of the hard-money Jacksonian Democratic party, and the populist Democrat Bryan pushed for monetizing silver to increase the supply of money. Wall Street's bankers supported McKinley, not wanting inflation that they couldn't control.

The Panic of 1907 was used to whip up support for a central bank. But, it was the meetings of the Indianapolis Monetary Convention that started the political wheels turning, culminating in the passage of the Federal Reserve Act in December of 1913.

With the system in place, all that was needed was the "right" man to control the money machine. In 1914, that man was Benjamin Strong, then president of J. P. Morgan-owned Bankers Trust and best friend of Morgan partners Harry P. Davison, Dwight Morrow, and Thomas W. Lamont.

Strong ruled the Fed until his death in 1928. During World War I, he engineered a doubling of the supply of money, financing the U.S. war effort.

The continuous Fed propaganda is that a zealous public clamors for more inflation, and only the Federal Reserve's cool heads are standing in the way of a hyper-inflation armageddon. Of course, just the opposite is true. As Rothbard points out, "The culprit solely responsible for inflation, the Federal Reserve, is continually engaged in raising a hue-and-cry about 'inflation,' for which virtually everyone else in society seems to be responsible. What we are seeing is the old ploy by the robber who starts shouting 'Stop, thief!' and runs down the street pointing ahead at others."

Rothbard saves the fun part of dismantling the Fed for last. Liberty lovers are always being told that, "your ideas sound good, but how are you going to get there from here?" Rothbard has given us simple directions for the Fed's liquidation.

With the Fed abolished, banks would be on their own; no more lender of last resort, or taxpayer bailouts. The inflation dragon would be slain. The boom-and-bust roller coaster ride leveled.

The Case Against the Fed is part history, part polemic, and part policy paper, succeeding with all three. Murray Rothbard has written another classic.