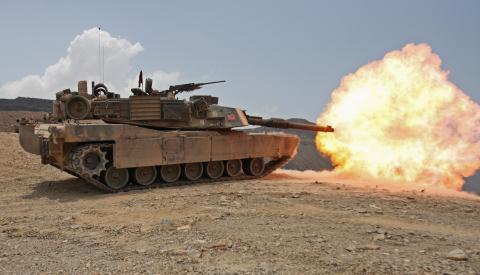 The desperately sad situations in Iraq and Afghanistan, and the dramatic contrast between the promises and the realities of war, have brought into sharp relief the moral and practical calamity of US foreign policy. But while it is tempting to fix blame on only the current managers who occupy the White House, we must also consider the larger picture.

The neoconservative clique and their partners have deepened the commitment to American empire, but Republicans hold no monopoly on building empire in the recent history of our country.

The Bill Clinton regime, now seemingly forgotten except as a kind of Camelot II by the American Left, featured most of the same patterns of imperial conquest and domestic repression, though all of this was marked by Clinton's inimitable style.  A different cast of characters achieved the same result with the same methods for the same ends.

For example, the bombing of Serbians to spread democracy, though dwarfed by the latter attack, was in principle little different from the conquest of Iraq. It is vital to remember that the bombing of at least something or someone in Iraq went on practically every day for all the years between the Gulf wars, as did the murderous embargo. Most of this destruction belonged to Clinton.

Indeed, even now much of the bold Democratic (that is to say, social democratic) opposition to the war in Iraq comes from folks who were happy enough to see the war happen, though earlier this year some of those war supporters did add the reservation that our slaughter of Iraqis would be better if we did it in unison with the United Nations.

The hard, antiwar left, was no part of this, but note well that most of the leading Washington Democratic politicos and pundits now coming out as opponents of the Occupation supported both the Serbian war and the war on Iraq.

The greater pattern runs like this, and in some measure it is derived from a system of empire and "democracy" reaching back to the Great Crusade of 1861-1865. We invade some country with some laudable Jacobin slogan on our lips:  "make the world safe for democracy," "the four freedoms," "winning the hearts and minds," etc. We demonize the ruler of said country, making him into the "face of evil," so that those in our land who can't quite grasp the meaning of a "crusade for humanity" can latch onto the more prosaic goal of killing a really bad guy. (This is easy enough, since most leaders of modern countries have plenty of skeletons in their closets)

At the end of the victorious crusade, we "reconstruct" the country, with price tags rising war-by-war. Part of this money goes to enhance the power and size of the military establishment policing the occupation. Part of it goes toward rooting out and expropriating certain chosen, and wealthy, intractable ruling elites and setting up deserving new elites who will be friendly. Part funds the physical reconstruction of the damage done during the war (most of which we did ourselves--some of it at least, gratuitous).

This last part is critical, since it is done by awarding "contracts" to American or other firms to do the work.  Most of the contracts are awarded far in advance, and those businesses which receive the contracts will always be among the deserving companies that supported the war in any case.  Note well that the United States of America then pays for or organizes the funds for reconstruction of the defeated country. These funds are always based on money taxed or otherwise extracted (through inflation, confiscation, etc.) from private citizens and then handed over to selected firms who support the current administration.

All throughout the Clinton years, the Republicans were developing strong anti-empire and even antiwar tendencies. They decried nation building and took steps toward seeing the war machine as an integral part of the problem of big government. During the presidential campaign, Bush tapped into this sense by decrying "national building" and calling for a "humble" foreign policy.

The critique of Clinton's foreign policy didn't stop there. Some on the right began delving into the interest-group analysis along the lines of the old left. A case in point is an important Newsmax story by Carl Limbacher and Caron Grich from 1999, entitled "The Caspian Connection." The story contextualizes the Serbian war by showing the geographic and geopolitical connections of the Balkans and Caspian oil. It is still important to read.

And yet, in the end, it didn't stick. Newsmax.com is a "conservative" news source which follows a kind of Rush-Limbaugh trajectory in equating conservatism with whatever the Republican National Committee is cooking up at the moment.

Now that the Bush administration has, seemingly for very different reasons, chosen to invade and occupy two countries which bracket the crucial oil-bearing region, Newsmax.com only runs oil-related stories which bolster the pro-war line, emphasizing competition with the Russians, the need for a "stable" supply of oil, etc. See for example the article from year ago on the Pipeline.

Paleoconservatives and libertarians know this already: though the alternating regimes look different, they tend to follow a series of intertwined policies. Empire is so useful, in both domestic and foreign policy, that no modern administration would be able to resist, even if it wanted to. In fact, since the "teams" are built in advance for precisely this kind of game, there is no way that any new administration would want to.

The Bush White House displays more decorum than the lubricious establishment of la Boca Grande (to borrow from Westbrook Pegler) and the Big Jerk, but its goals and accomplishments are in their essence the same, and its success rate is actually a good deal better. The Dick Cheney strategy differs little from the Madeleine Albright strategy, though each is pleased to point to the failures and missteps of the other.

And the results will be the same: bigger, more intrusive government at home; a world of perpetual war for perpetual peace abroad. The job of a serious believer in liberty is to learn to distinguish between a politically driven attack and a fundamental critique, avoiding the former and focusing as much energy as possible on the latter.