GET NEWS AND ARTICLES IN YOUR INBOXPrint
A
A
Home | Mises Library | The Big, Bad Market: A French Psychosis? 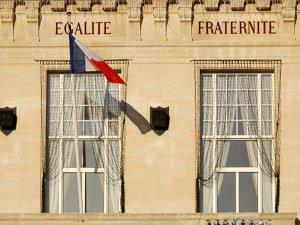 04/25/2014Louis Rouanet
There is a cliché according to which the French are genetically against classical liberalism and free-market economics. However, that wasn’t always the case. At the end of the 19th century and the beginning of the 20th century, most French politicians and bureaucrats admitted that the State is globally inefficient and should be as small as possible. Even a large number of leftists, inspired by the anarcho-socialist Pierre Joseph Proudhon, were strongly opposed to taxation and big government. They criticized the wastefulness and the parasitism of the State. In his Théorie de l’impôt (Theory of Taxation) published in 1861, Proudhon described taxation as an “illusion” and accused the progressive income tax of being a “joujou fiscal” (tax plaything) used by self-proclaimed progressives in order to amuse the people. Opposition to income tax was so strong in France that it was fervently rejected, and almost created an outcry. The libertarian politician and economist Yves Guyot was fiercely opposed to income tax and did much for the cause of liberty. In 1898, he wrote “Les tribulations de M. Faubert” (“Tribulations of Mr. Faubert”), in which he warned about the danger of income taxes to liberty and prosperity. The income tax appeared in France in 1914 (after the United States!) along with the war and the decline of the French school of political economy.

How can it be that the French have such a statist mentality? Wars are greatly responsible for the growth of omnipotent government, on one hand. On the other hand, after World War II, the Communist Party gained influence: in the 1945 parliamentary elections, they received more than 25 percent of the vote, and in 1976, they had elected the most mayors in France. In 2013, a poll showed that 80 percent of the French disapprove of the capitalist system and 25 percent of those interviewed considered that we should abandon capitalism.

There has indeed been a policy of austerity in France in the past decade. But who is supporting it? The answer is simple: austerity for the public and spending for the State. Public spending continues to grow, albeit at a slower pace of late. However, taxes continue to increase.

In 1974, the former French president, Valéry Giscard D’Estaing, said: “Any rate above 40 percent for mandatory levies is socialism.” In 2013, the tax burden rose again, reaching 46.2 percent. But despite this crazy fiscal policy, French economists, who are rather statist and Keynesian, ignore the Laffer curve and the inefficiency of taxation. Instead of admitting the disastrous effects of taxes on capital accumulation and growth, there has been a debate about taxation of labor and capital. Indeed, some economists, such as Thomas Piketty, wrongly affirm that, in France, labor is more taxed than capital.2 This shows how disconnected to reality the debate has become. Pascal Salin, an economist belonging to the Austrian School, demonstrates that contrary to Piketty, income from capital is far more taxed than income from labor.3  However, nobody cares about overtaxation of capital because they think that equates to taxing the rich, and those inspired by Keynesianism think that consumption, and not capital, is the key for economic growth. But as burning your own furniture is not the best way to heat your home, reducing the amount of capital is not the best way to create growth! As Ludwig von Mises wrote:

The essence of Keynesianism is its complete failure to conceive the role that saving and capital accumulation play in the improvement of economic conditions.4

The tax burden explains, in large part, that there is not enough capital in France. However, all problems don’t come from taxation. Another problem that hampers economic activity in France is legislative inflation. Today, Frenchmen are ruled by about 400,000 regulations in 22,000 sections of an Act and 137,000 decrees. Montesquieu in his time said that: “Useless laws weaken necessary laws,” but useless laws, by creating uncertainty, also weaken economic growth. When politicians can’t change reality, they make laws to give the illusion of having an influence on it. 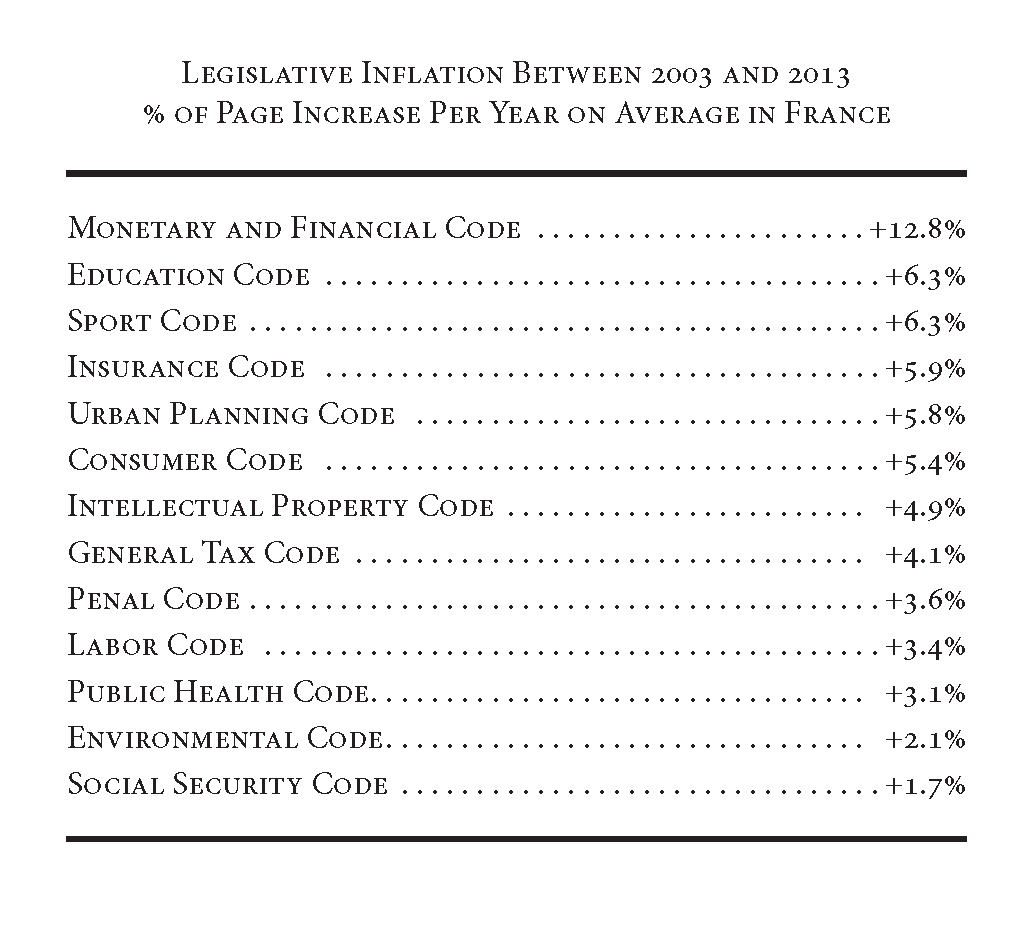 As we have seen, there have been no free-market reforms in France over the past few years. Following the municipal election of March 2014, the new prime minister, Manuel Valls, took office. He represents the right wing of the socialist party, but he is far from being a libertarian. When you look at history, you often findit is left-wing governments making free-market reforms. That was the case in New Zealand in the 1980s with David Lange or to a lesser extent with Gerhard Schröder in Germany. But it seems unlikely that Manuel Valls will make any real free-market reforms. He has declared that he will decrease corporate taxes, axe other taxes, and that the government will decrease public expenditure by €50 billion (2.5 percent of GDP) over the next 3 years. These are just words and promises for timid reforms.