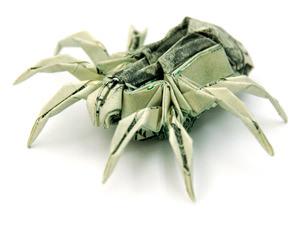 Fed Chairman Ben Bernanke, like most mainstream economists, has an irrational fear of deflation — whether it is understood as falling prices or a contracting money supply. I have coined the term "apoplithorismosphobia"

for this psychological malady. In contrast, average Americans love deflation whether it's at Wal-Mart, in the Cash for Clunkers program, or from the tax credit for first time home buyers. Austrian economists love most forms of deflation too,

and we think it is the ultimate cure for economic crises.

The Cash for Clunkers program has been a great success with the American people; they are eagerly taking advantage of the opportunity to liberate taxpayer money by trading in their old clunker cars for new, fuel-efficient cars. Given that the program was only $1 billion in scope, it's remarkable how much positive publicity it has received. Now that the original money is running out Congress is talking about expanding the program by $2 billion. Who wouldn't want $4,500 in exchange for a $500 clunker?

The Clunkers program is, in effect, price deflation for a big-ticket item in the family budget. It has encouraged people to look for deals and buy new cars. It has been a tonic for the hard-hit automobile industry and car dealers across the country. Of course, there are inefficiencies, as in any government program. Cash for Clunkers falls prey to Bastiat's broken-window fallacy; a few hundred thousand perfectly serviceable vehicles will be destroyed for no good reason. It also skews expenditures towards cars and away from more valuable purchases.

The tax credit for first-time homeowners is another popular government program that acts like deflation on a large item in the family budget. A two-income family with up to $150,000 in income who has not owned a home for the last three years can earn a tax credit of up to $8,000 on the purchase of an $80,000 house. This is a liberation of taxpayer money, using it towards something that has value rather than merely giving it away to the corrupt friends of government.

"The key thing is that the price of producer goods has to fall faster and farther than consumer goods for the correction process to proceed."

The tax credit for the price of a home is de facto deflation for home buyers. It helps people who avoided buying overpriced homes with irrational mortgages during the housing bubble and who now want to take advantage of lower prices. By artificially increasing demand, it also helps troubled homeowners to sell their homes.

Of course there are inefficiencies here as well. The government program is encouraging home buying now, when prices could still go much lower. The program is also encouraging people to take on debt, despite that taking on too much debt is at the heart of this economic crisis. The housing bubble was the result of the Federal Reserve tricking people into housing malinvestments, and now the government is trying to use the tax code to trick them into more malinvestments.

The Cash for Clunkers program and the tax credit for first-time home buyers have been popular programs, with a marginally positive impact on the housing and automobile industries. Nonetheless, they represent a proverbial drop in the multi-trillion dollar bucket known as stimulus and bailout. They do not really solve the economic crisis.

However, they do provide a good illustration of how deflation addresses the crisis. As malinvestments from the bubble are liquidated, the economy begins the correction process. The value of the malinvestments plummets. The values of loans backing these investments falls, and the money supply contracts as banks reduce lending. The price of capital and labor falls, and entrepreneurs discover new profit opportunities to redeploy the capital and labor that had been misdirected by the Federal Reserve's boom or bubble. As the price of goods falls, potential consumers become actual buyers.

The key thing is that the price of producer goods has to fall faster and farther than consumer goods for the correction process to proceed. If money and credit are deflating, the process will be faster. If the Federal Reserve and other forms of government "stimulus" curtail the deflation of producer goods (e.g., by auto and financial bailouts), then the process will be slower and more painful.

Since deflation is the cure for the economic crisis, why is Ben Bernanke so afraid of it? Is his apoplithorismosphobia really just a psychological ailment? Is the collective of mainstream economics just misinformed or stupid? I do not know for sure, but when the situation is explained to an intelligent person, they usually suspect it involves some kind of political payoff for the bankers and the politicians.