GET NEWS AND ARTICLES IN YOUR INBOXPrint
A
A
Home | Mises Library | Ben Bernanke Was Incredibly, Uncannily Wrong 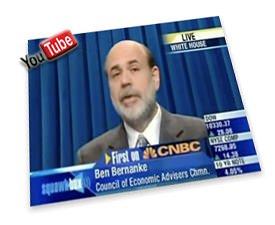 The Prognostications of Ben Bernanke

We now have the diametrical opposite of the famous "Peter Schiff Was Right" video (a compilation of 2006 and 2007 clips in which Schiff, a financial expert who subscribes to Austrian economics, predicted the deep recession that would follow the bursting of the housing bubble).

The new, opposite video is a compilation of the 2005–2007 prognostications of Federal Reserve Chairman Ben Bernanke. In it, Bernanke is shown to have been just as embarrassingly wrong as Schiff was uncannily right.

Could their differences in economic understanding have anything to do with this remarkable dichotomy? I have transcribed most of the video, and offer my own comments interspersed with it.

INTERVIEWER: Ben, there's been a lot of talk about a housing bubble, particularly, you know [inaudible] from all sorts of places. Can you give us your view as to whether or not there is a housing bubble out there?

BERNANKE: Well, unquestionably, housing prices are up quite a bit; I think it's important to note that fundamentals are also very strong. We've got a growing economy, jobs, incomes. We've got very low mortgage rates. We've got demographics supporting housing growth. We've got restricted supply in some places. So it's certainly understandable that prices would go up some. I don't know whether prices are exactly where they should be, but I think it's fair to say that much of what's happened is supported by the strength of the economy.

This is not only wrong in hindsight; it's a complete misunderstanding of the issue. Bernanke said that the housing boom was fine because it was supported by, among other things, growth in jobs, incomes, and in the economy in general. But that very growth itself was supported by the housing boom! For example, most of the job growth was in the housing sector. Witness Bernanke's amazing levitating economy: its housing sector is held up by economic growth, which is held up by its housing sector. And it's just as ridiculous that he denied the existence of a housing bubble by pointing to low mortgage rates. The low rates were a chief cause of the housing bubble, and were a direct result of his actions as Federal Reserve chairman.

INTERVIEWER: Tell me, what is the worst-case scenario? Sir, we have so many economists coming on our air and saying, "Oh, this is a bubble, and it's going to burst, and this is going to be a real issue for the economy." Some say it could even cause a recession at some point. What is the worst-case scenario, if in fact we were to see prices come down substantially across the country?

BERNANKE: Well, I guess I don't buy your premise. It's a pretty unlikely possibility. We've never had a decline in house prices on a nationwide basis. So what I think is more likely is that house prices will slow, maybe stabilize: might slow consumption spending a bit. I don't think it's going to drive the economy too far from its full employment path, though.

As Peter Schiff pointed out in his speech "Why the Meltdown Should Have Surprised No One," while it is true that up until the housing crash, house prices hadn't gone down on a nationwide basis, it's also true that they had never risen so precipitously before either. Bernanke's argument is akin to getting someone drunk for the first time, putting them in a car, and then saying, "He'll be fine; he's never been in a car accident before."

INTERVIEWER: So would you agree with Alan Greenspan's comments recently that we've got some areas of that country that are seeing froth, not necessarily a national situation, but certainly froth in some areas?

BERNANKE: You can see some types of speculation: investors turning over condos quickly. Those sorts of things you see in some local areas. I'm hopeful — I'm confident, in fact, that the bank regulators will pay close attention to the kinds of loans that are being made, and make sure that underwriting is done right. But I do think this is mostly a localized problem, and not something that's going to affect the national economy.

Bernanke's Fed itself created the false signals that led to vast disruptions in the housing market. Speculators try to see through those disruptions and anticipate how prices will change as valuation mistakes are corrected in order to profit from them. In fact, their speculation is part of the correction process. If their speculation is on the mark, it speeds up the price-correction process. If it's wrong, then the consequences are on their heads. Speculation is nothing but high-uncertainty entrepreneurship; and entrepreneurship is how optimal prices are found and markets clear. It was the Fed under Bernanke himself, and his predecessor Alan Greenspan, that created the price disruption and high uncertainty that made speculation profitable in the first place.

BERNANKE: This scenario envisions that consumer spending, supported by rising incomes and the recent decline in energy prices, will continue to grow near its trend rate and that the drag on the economy from the [inaudible] housing sector will gradually diminish. The motor vehicles sector may already be showing signs of strengthening. After having cut production significantly in recent months, in response to the rise in inventory of unsold vehicles, automakers appear to have boosted the assembly rate a bit in November, and they have scheduled further increases for December. The effects of the housing correction on real economic activity are likely to persist into next year, as I've already noted. But the rate of decline in home construction should slow as the inventory of unsold new homes is gradually worked down.

Here we have the Keynesian fallacy (which I have written about here) that consumer spending, in and of itself, creates general increases in wealth. And note the irony in Bernanke applauding the boost in automotive production: the products accumulated during that boost turned out just to be more malinvestment to be liquidated or bailed out when Chrysler and GM collapsed.

BERNANKE: We expect moderate growth going forward. We believe that if the housing sector begins to stabilize, and if some of the inventory corrections still going on in manufacturing begin to be completed, that there's a reasonable possibility that we'll see some strengthening in the economy sometime during the middle of the new year.

For Bernanke, healthy lending is the same thing as "a lot of lending." This dovetails with his statement in the first interview, hailing low mortgage rates as a self-evidently good thing. He has no conception of an equilibrium interest rate determined by society's average time preference, so bubbles will always surprise him. For more on this calamitous gap in Bernanke's understanding, see "Manipulating the Interest Rate: a Recipe for Disaster" by Thorsten Polleit.

BERNANKE: The pace of home sales seems likely to remain sluggish for a time, partly as a result of some tightening in lending standards, and the recent increase in mortgage interest rates. Sales should ultimately be supported by growth in income and employment, as well as by mortgage rates that, despite the recent increase, remain fairly low relative to historical norms. However, even if demand stabilizes as we expect, the pace of construction will probably fall somewhat further, as builders work down the stocks of unsold new homes. Thus, declines in residential construction will likely continue to weigh on economic growth in coming quarters, although the magnitude of the drag on growth should diminish over time. The global economy continues to be strong, supported by solid economic growth abroad. U.S. exports should expand further in coming quarters. Overall, the U.S. economy seems likely to expand at a moderate pace over the second half of 2007, with growth then strengthening a bit in 2008 to a rate close to the economy's underlying trend.

Strengthening in 2008? Perhaps the biggest confirmation ever of Rockwell's Law: always believe the opposite of what government officials tell you.

Bernanke's own words, in light of how the crisis developed, are a testament to much more than his own personal failings as a forecaster and policy maker. They demonstrate the complete inadequacy of mainstream macroeconomics in its present state, devoid as it is of the essential insights of the Austrian School. They also reveal the folly of the very idea of giving a single man and his institution the power to centrally plan the most important price in the economy: the rate of interest. Make no mistake: the present economic crisis was brought on by central planning. It is unsettling to think that the fellow in the new video who so badly misread an economy on the brink is arguably the most powerful central planner in the world.

But even the most powerful and sequestered bureaucrat is not completely invulnerable. The Federal Reserve Transparency Act and the End the Fed movement have ruffled the Fed's feathers enough that Bernanke actually felt the need to address the public in a "townhall forum" to be broadcast on the News Hour. According to NPR,

after the forum was over, a Fed employee passed out souvenirs, an unintended metaphor perhaps for what some fear Bernanke's aggressive policies may eventually do to the currency: shredded cash. 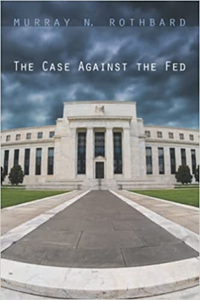 The Fed employee, who apparently suffers from a defective sense of irony, was even recorded saying, "Here, you want money?" and, "Here's some free shred folks, thanks for coming by, we appreciate it,"

No, no, thank you and your boss, Mr. Fed employee. Within the space of days, we've been provided, courtesy of the Fed itself, with footage that perfectly distills the complete failure of Fed forecasting and planning, and audio that encapsulates splendidly the only thing that the Fed actually accomplishes: the destruction of money.