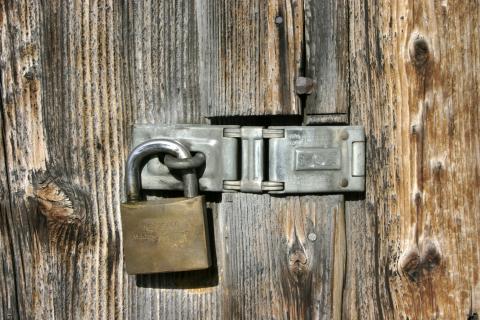 The high profile case against Microsoft and the rejection by federal regulators of the WorldCom-Sprint combination has again focused critical attention on the efficacy of antitrust policy.

In WorldCom-Sprint, the FTC charged that the merger would have increased concentration in long-distance telecommunications and created "barriers to entry" that would have excluded competitors, such as the Baby Bells that lobbied hard against the merger.

In the Microsoft case, Judge Thomas Penfield Jackson reasoned that Microsoft's tied browser and its large applications library made it near impossible for competitors to challenge the Window's operating system monopoly. The zero price for the browser and the many thousands of applications acted as a "barrier to entry" that limited competition in operating systems and broke antitrust law. The matter is on appeal.

Can dominant firms erect barriers to entry that limit competition and harm consumers? Antitrust regulators here and abroad seem to think so. It is now an accepted pillar of antitrust economics that governmental oversight be applied to dominant-firm business practices and mergers such that competitors or potential competitors not be excluded from substantial market opportunities. And the primary culprits in the exclusionary process are alleged barriers to entry.

Any analysis of the issues must distinguish legal barriers from economic barriers. Current discussions intermingle both concepts producing widespread confusion. The truly harmful barriers are legal restrictions that prevent firms from entering markets and competing. For instance, local governments can restrict entry into local wireline phone service, and they can limit competition in cable tv and garbage delivery by licensing selected firms and excluding others. The federal government legally excluded all entry into major air carrier service markets between 1938 and 1978 and currently excludes private firms from first class mail delivery.

Economists are near unanimous that these regulatory exclusions restrain trade and harm consumers. Firms that signify their willingness to enter markets are confident that their costs are lower than existing suppliers or that they offer products that are superior to those currently available. If their expectations prove incorrect, the new suppliers will be unprofitable and will quickly disappear and consumer welfare will be unaffected.

On the other hand if they are correct, the new supply will give rise to mutual beneficial exchanges that will enhance overall economic welfare. Thus, legal barriers to entry always short-circuit the competitive process and leave consumers with fewer choices or less welfare. Legal barriers protect inefficiencies and the profit margins of existing suppliers--which is probably why they exist in the first place.

Legal barriers are harmful but they are a bogus antitrust issue. Indeed, most state legal restrictions are immune from antitrust scrutiny under a legal doctrine known as Parker v. Brown (1943). Thus, the direct path to open, competitive markets is the repeal of all government entry barriers and not any sort of antitrust regulation.

The barriers to entry most often cited in the WorldCom and Microsoft cases, however, are another matter entirely. These barriers are in reality important consumer benefits that dominant firms provide which smaller competitors may have trouble meeting or beating. This is why competitors in both the WorldCom and Microsoft cases strongly supported the government's antitrust initiatives.

Take the case of Microsoft's internet browser. If Microsoft had tied an unworkable or expensive browser to Windows, competitors would have had an easier time competing and gaining market share and there might have been no antitrust suit. Instead, Microsoft integrated a high-quality browser into Windows and offered it to OEM's and consumers at no explicit charge. The actual "barrier" to the entry of competitors was NOT the tying of the browser and operating system per se but the fact that consumers received a quality browser for free. Thus, it was enhanced consumer welfare that excluded competitors and Judge Jackson decided (incorrectly) that this violated antitrust law.

Jackson is not the first judge to find that enhanced consumer welfare restrains trade--the exact opposite of the truth. Antitrust history is littered with cases where superior economic performance has convicted the defendant. (See cases such as Alcoa (1945), American Can (1949) , United Shoe Machinery (1953), Brown Shoe (1962), and Procter Clorox (1967). In all of these cases, consumer advantages provided by the defendant companies were seen as "exclusionary" of less efficient suppliers and as an illegal barrier to effective competition. The practice continues in current cases. Witness the current list of bogus "barrier" theories that now parade as antitrust wisdom.

Network Effects: If a product becomes more valuable when more people use it, then firms with larger outputs (networks) may have advantages over smaller firms. True, but the source of the advantage is the enhanced value that consumers receive from participating in the network. It's that benefit which keeps consumers in the network and it's that benefit which can limit the entry of new suppliers.

There is nothing unusual or harmful about this development. Consumers can always decide, for whatever reason, to reward some suppliers and exclude others. Besides, the costs of participating in any network could always overcome the benefits, which would then open up opportunities for new suppliers. Either way, enhanced consumer benefit and free choice are not pernicious "barriers" that trustbusters must demolish.

Economies of Scale: Larger outputs (especially in software) may be cheaper to produce and sell than smaller outputs and low costs certainly can be a barrier to the entry of higher cost firms. But this is not an antitrust problem. It is entirely correct that more efficient firms exclude less efficient firms from production and from the use of scarce resources.

Indeed, larger firms that enjoy economies of scale may even lower prices that could further restrict entry. But low prices are beneficial for consumers and should be no antitrust concern. Consumers can have all the "competitors" they want by indicating their willingness to pay higher prices that cover the higher costs of less efficient firms. That they are generally unwilling to do so is economically rational and not "market failure."

Windows applications certainly are an important benefit to users and a strong deterrent to switching operating systems. But all benefits create disincentives to switch products or suppliers; there is nothing really unique about the Windows arrangement (other than the government's dubious claim about a monopoly market share).

Moreover, since there are at least a dozen alternative operating systems for personal computers currently available, the applications written for Windows can hardly have been a near impossible barrier to overcome. Apple and Linux, to name just two alternatives, have millions of customers that continue to jump easily over Judge Jackson's formidable entry barrier. In summary, economic barriers(benefits) can be overcome by firms that offer superior economic benefits to consumers.

Government can promote competition by removing legal barriers to entry and exchange. But its theory of economic barriers proves too much and leads to harmful public policy. After all, any economic benefit that increases the market share of a successful firm could be termed a barrier and the greater the benefit the greater a firm's antitrust liability. In such a world antitrust would be employed to attack dominant firm efficiency and shelter less efficient rivals from competition. Unfortunately, the Microsoft and WorldCom decisions would indicate that this is, indeed, the regulatory world toward which we are headed.