The Bait-and-Switch Behind Economic Populism 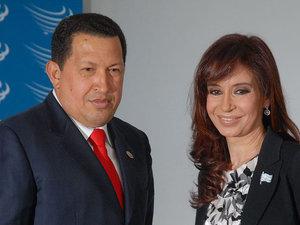 Argentina will hold elections this year, and a number of provinces will be electing governors. Buenos Aires, the capital city, is holding elections for mayor, and Mauricio Macri, who is stepping down as mayor, is a favorite to become the next president. Toward the end of the year, a presidential election will be held and Cristina Kirchner, after two consecutive mandates, will have to step down because she cannot be re-elected.

Like Chávez and Maduro in Venezuela, Argentina can be described as a country that fell victim to extreme populism during the Nestor and Cristina Kirchner administrations, which began in 2003. Twelve years later, this populist political project is about to end.

The economic policy of populism is characterized by massive intervention, high consumption (and low investment), and government deficits. This is unsustainable and we can identify several stages as it moves toward its inevitable economic failure. The last decade of extreme populism in Argentina can be described as following just such a pattern.

After observing the populist experience in several Latin American countries, Rudiger Dornbusch and Sebastián Edwards identified four universal stages inherent in populism in their article “Macroeconomic Populism” (1990). Even though populism can present a wide array of policies, certain characteristics seem to be present in most of the cases.

Populism usually fosters social mobilization, political propaganda, and the use of symbols and marketing practices designed to appeal to voter’s sentiments. Populism is especially aimed at those with low income, even if the ruling party cannot explain the source of its leaders’ high income. Populist rulers find it easy to use scapegoats and conspiracy theories to explain why the country is going through a hard time, while at the same time present themselves as the saviors of the nation. It is not surprising that for some, populism is associated with the left and socialist movements, and by others with the right and fascist policies.

The four stages of populism identified by Dornbusch and Edwards are:

The populist diagnosis of what is wrong with an economy is confirmed during the first years of the new government. Macroeconomic policy shows good results like growing GDP, a reduction in unemployment, increase in real wages, etc. Because of output gaps, imports paid with central bank reserves, and regulations (maximum prices coupled with subsidies to the firms), inflation is mostly under control.

Bottleneck effects start to appear because the populist policies have emphasized consumption over investment, the use of reserves to pay for imports, and the consumption of capital stock. Changes in sensitive relative prices start to become necessary, and this often leads to a devaluation of the exchange rate, price changes in utilities (usually through regulation), and the imposition of capital controls. Government tries, but fails, to control government spending and budget deficits.

The underground economy starts to increase as the fiscal deficit worsens because the cost of the promised subsidies need to keep up with a now-rising inflation. Fiscal reforms are necessary, but avoided by the populist government because they go against the government’s own rhetoric and core base of support.

Shortage problems become significant, inflation accelerates, and because the nominal exchange rate did not keep pace with inflation, there is an outflow of capital (reserves). High inflation pushes the economy to a de-monetization. The local currency is used only for domestic transactions, but people save in US dollars.

The fall in economic activity negatively affects tax receipts increasing the deficit even more. The government needs to cut subsidies and increases the rate of the exchange rate, depreciation. Real income starts to fall and signs of political and social instability start to appear. At this point the failure of the populist project becomes apparent.

A new government is swept into office and is forced to engage in “orthodox” adjustments, possibly under the supervision of the IMF or an international organization that provides the funds required to go through policy reforms. Because capital has been consumed and destroyed, real wages fall to levels even lower than those that existed at the beginning of the populist government’s election. The “orthodox” government is then responsible for picking up the pieces and covering the costs of failed policies left from the previous populist regime. The populists are gone, but the ravages of their policies continue to manifest themselves. In Argentina the expression “economic bomb” is used to describe the economic imbalances that government leaves for the next one.

Economic Populism is Alive and Well

Even though Dornbusch and Edwards wrote their article in 1990, the similarities to the situation in countries like Venezuela, Bolivia, and Argentina is notable. In recent years, to keep populist ideas going in the minds of voters, Venezuela created the Ministry of Happiness, and Argentina created a new Secretary of National Thought.

These four stages are actually cyclical. The populist movement uses the fourth stage to criticize the orthodox party, and argues that during the populists’ tenure, things were better. The public opinion discontent with stage IV allows the populist movement to win new elections, receive an economy in a crisis or recession and the cycle starts over again from stage I. It is not surprising that populist governments usually appear following the hard times caused by economic crisis. A more bold populist government could avoid stage IV by finding a way to remain in office, calling off elections, or creating fake election results (as was the case in Venezuela). At such a point, the populist government succeeds in turning the country into a fully authoritarian nation.