The Back Door to Socialism | Mises Institute
Skip to main content

The Back Door to Socialism 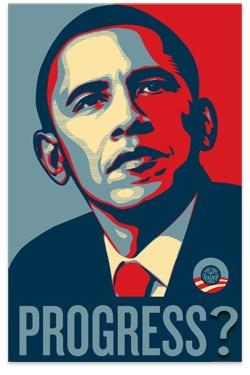 Barack Obama plans to initiate public-private partnerships (PPPs) on a grand scale. While the media focuses on Obama's First Dog or his left-handed jump shot, behind the scenes he is planning how to become president of the world. Therefore, it is worth enumerating many of his proposed partnerships so as to expose his actual policies, and then offer an Austro-libertarian analysis of these partnerships. As we will see, a mix of public and private ownership is a socialist arrangement, and a sly tactic employed by those looking for increased power, albeit under a different name: the public-private partnership.

PPPs are essentially contracts between a public agency and a private company where assets, risks, and rewards are shared in providing a good or service to the public. The rationale is typically that private enterprise provides greater efficiency and quality of service, while the government agency furnishes additional capital. They are claimed to (potentially) lead to "happy employees," better educational opportunities, and better public safety. Government agencies reportedly realize cost savings of 20 to 50 percent by using PPPs.

Of course, PPPs, dating back to at least 1652 when the Water Works Company of Boston began providing drinking water to Massachusetts colonists, are nothing new in the United States (or any country), and most government agencies and offices are engaged in using them. From the National Council for Public-Private Partnerships website we read the following:

Public-Private Partnerships [are] used for water/wastewater, transportation, urban development, and delivery of social services, to name only a few areas of application. Today, the average American city works with private partners to perform 23 out of 65 basic municipal services. The use of partnerships is increasing because it provides an effective tool in meeting public needs, improving the quality of services, and [is] more cost effective.

Obama claims these partnerships will promote innovation at a local level through federal funding. Before we can engage in an analysis of PPPs, we must provide an overview (lengthy, but I believe worth exposing) of the various partnerships Obama proposes. PPPs will be used in the following ways under an Obama administration:

Obama uses PPPs to justify government involvement and intervention, and he typically associates PPPs with innovation, which seems like an oxymoron. Fortunately, the Austrian economist can point out the many likely effects and unintended consequences of government intervention in the form of PPPs, including the (tragic) effects on entrepreneurship. We will discuss a few of these, using as our guide Mises's excellent and insightful book, Bureaucracy. Two topics often associated with entrepreneurship, innovation and risk, are perhaps the most pertinent in our discussion.

One of the reasons Obama gives as a justification for these partnerships is to "spur innovation." There are many reasons why this will prove difficult, if not impossible. Private businesses that have a government-granted monopoly from a PPP will have less (or no) competition, decreasing any incentive to increase efficiency and provide better quality services and products at lower prices. With a government guarantee of revenue, either through the company (or government) charging a fee to customers for its services, or through government subsidy, there is less incentive to cut costs.

Innovation is also less likely if the partnership specifies revenue will be obtained in a "cost plus percentage" arrangement where companies will be guaranteed a specified amount of gross profit, regardless of revenue or cost. When the PPP contract guarantees a period of time (typically years), companies may no longer be interested in increasing profits as there is little danger of going out of business during that timeframe. Thus, PPPs have no stringent requirement of meeting the market profit-and-loss test, since they cannot "lose."

Mises pointed out the flaw in trying to use PPPs as a catalyst to innovation:

To say to the entrepreneur of an enterprise with limited profit chances, "Behave as the conscientious bureaucrats do," is tantamount to telling him to shun any reform. Nobody can be at the same time a correct bureaucrat and an innovator. Progress is precisely that which the rules and regulations did not foresee; it is necessarily outside the field of bureaucratic activities.

In addition, progress and innovation may also be trapped by old government regulations, codes, and established ideas. "If it ain't broke, don't fix it," is the motto of the government bureaucrat—and as Mises points out, these are typically old men with established ideas of what works (and what doesn't). In contrast, innovation is more than just making sure a product "ain't broke"—it is about improving an already functional and highly demanded product (think iPhone in the wireless industry, or Google Chrome in web browsers).

In contrast to private businesses, companies in a government partnership that wish to introduce innovations require going through red tape and levels of bureaucracy for approval. If it were not for a government guarantee of monopoly privilege, such a time gap for bureaucratic approval would likely eliminate any first-mover advantage in the market.

Furthermore, investment capital will not necessarily be generated from savings or business operations, but possibly from a shared government budget. Finally, instead of an incentive to earn as much profit as possible, governments often set a limit on the amount of total profit, and tax or remove any profit above the arbitrarily specified amount, thereby discouraging innovation.

Risk is another aspect that needs to be analyzed in relation to PPPs. Companies that are guaranteed a government contract in some situations may be less likely to take on risk, as risk only disrupts the existing circumstances, and increases the possibility of failure. This is because the company is "safe" (i.e., its revenue is virtually guaranteed) if it does not take any risks. Any risk the company takes may lead to its loss, not the government's.

Companies in a partnership with government will also lose (ultimate) control of their decision-making abilities. For instance, government would be less likely to allow a company to take risks that could affect any government "revenue" originating from the company. Maintaining the status quo is the name of the game. Companies must, in the end, follow the government's wishes and whims, not their own—nor their customers'. The company sees risk not in terms of whether the consumer will buy its product or service, but in terms of whether it is in line with the designs of the bureaucrat. Any risk then becomes focused on pleasing the bureaucrat, at the expense of pleasing the consumer.

On the other hand, risk of failure is essentially reduced to nil for the length of the contract due to government's ability to subsidize losses through taxation or other coercive measures. Obtaining government contracts for smaller companies becomes virtually impossible; and it eliminates any future or start-up companies and investment in that market. Thus, competition and the threat of competition are close to none. We now see that government is truly the enemy—not the oft-viewed, and mistakenly confused, supporter—of the start-up entrepreneur, i.e., the "little guy."

In a PPP, while revenues are guaranteed for the length of the partnership agreement, stability is only limited to the length of the current administration, i.e., to the trust placed in government to keep its agreements and promises. Ironically, by the very act of creating a public-private partnership in an industry, and eliminating or decreasing competition, government reduces that credibility, and other industries are at risk of similar partnership arrangements.

What is left of capitalism in the United States will be uprooted and supplanted with corporatism; any remnants of a free market will have to yield to the coercive measures of government, resulting in monopolies and cartels.

PPPs as a Justification for Bigger Government

In addition, public-private partnerships, because of the word "private," are often viewed as more legitimate, and with less hostility, than solely the term "public." Thus PPPs may expand and multiply without real justification, and with little hostility. The (already flawed and misunderstood) meaning of "public goods" then expands beyond the initial neoclassical interpretation to mean anything that could be deemed good for the public.

Murray Rothbard explains how government's violent intervention in one part of the economy results in "calculational chaos," which inevitably spreads to other parts:

[E]ach governmental firm introduces its own island of chaos into the economy; there is no need to wait for socialism for chaos to begin its work. No government enterprise can ever determine prices or costs or allocate factors or funds in a rational, welfare-maximizing manner.

Rothbard states that government cannot be run on a "business basis":

[A]ny government operation injects a point of chaos into the economy; and since all markets are interconnected in the economy, every governmental activity disrupts and distorts pricing, the allocation of factors, consumption/investment ratios, etc. Every government enterprise not only lowers the social utilities of the consumers by forcing the allocation of funds to ends other than those desired by the public; it also lowers the utility of everyone (including, perhaps, the utilities of government officials) by distorting the market and spreading calculational chaos. The greater the extent of government ownership, of course, the more pronounced will this impact become.

Thus, the greater the extent of government ownership, the larger the amount of calculational chaos, and the closer we move toward socialism.

Conclusion: The Power of Ideas

In 1942, Joseph Schumpeter wrote that capitalism would be threatened and condemned by intellectuals, not for its failures, but its successes—and that socialism was inevitable. It seems the public desires the move toward socialism. There are more and more clamors for government intervention in nearly every aspect of an individual's diurnal activities—and as H.L. Mencken said, "Democracy is the theory that the common people know what they want and deserve to get it good and hard." Government propaganda is required to promote such a foolish message. Mises phrased it accurately: "Truth does not need any propaganda; it holds its own."

The danger in public-private partnerships and their promotion by both government bureaucrats and private businesspersons was perhaps best expressed by Rothbard:

What's needed is a corporate spokesman [and government bureaucrat] who embraces the government-business partnership with enthusiasm and joy. … When such a champion emerges, Mr. and Ms. America, keep a sharp eye on your wallets—you are about to be fleeced. 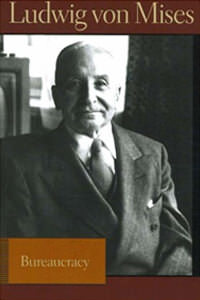 Nevertheless, there is hope. We live in a world of ideas, where the QWERTY keyboard is truly mightier than the latest military contraption. The rapidity and magnitude of government failure, and the more it is exposed and can be replaced with the idea of free markets—and with greater communications technology than at any other time in history, ideas can spread faster than ever—the faster will be the shift toward free markets, and most likely toward a level of prosperity never before experienced. Obama's public-private partnerships would become extinct and despised, being recognized for what they are: back-door socialism, making a mockery of true partnerships and freedom. Entrepreneurship and innovation would be free to flourish in such an environment.

Chris Brown is a lecturer at the Australian Graduate School of Entrepreneurship. He also centrally plans the Austro-libertarian blog. Comment on the Mises blog.