Austrians Can Explain the Boom and the Bust 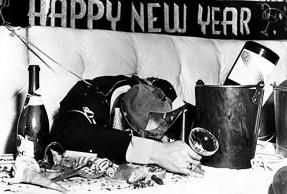 In a recent debate, prominent Keynesian professor and blogger Brad DeLong claimed that the Austrian explanation of the business cycle "does not work as an intellectual enterprise."1

DeLong quotes Paul Krugman who, back in December, apparently dealt the Austrian diagnosis a crushing defeat on both theoretical and empirical grounds.

In the present article, I will set the record straight. Krugman's theoretical criticism of (what he dismissively calls) the "hangover theory" of recessions is silly, and his empirical test is also a poor one. Once we set up a more appropriate test, the "hangover" theory — i.e., the Mises-Hayek explanation — passes with flying colors.

On his popular New York Times blog, back in December, Krugman lamented the idiocy of his colleagues. He can't believe that John Cochrane would say something this (allegedly) foolish:

"We should have a recession," Cochrane said in November, speaking to students and investors in a conference room that looks out on Lake Michigan. "People who spend their lives pounding nails in Nevada need something else to do."

In response to such (apparent) nonsense, Krugman offers first a theoretical objection:

The basic idea is that a recession, even a depression, is somehow a necessary thing, part of the process of "adapting the structure of production." We have to get those people who were pounding nails in Nevada into other places and occupation, which is why unemployment has to be high in the housing bubble states for a while.

The trouble with this theory, as I pointed out way back when, is twofold:

Before dealing with Krugman's second (and empirical) objection, let's handle this theoretical objection.

You can't understand Austrian business-cycle theory (ABCT) unless you first understand the Austrian view of the capital structure of the economy. In this article, I showed how Krugman was simply incapable of grasping ABCT because he lacks a rich enough model of capital. For those newcomers who are unfamiliar with ABCT, I strongly encourage you to read the fuller discussion in the hyperlinked article.

For our purposes here, a brief recapitulation of the argument: In a market economy, prices really serve a function; they are not mere appendages of exploitative power relations, but instead market prices signal real, underlying scarcity and help everyone in the economy adjust his plans in light of reality. The interest rates on various loans also mean something; they are not arbitrary.

In particular, the market interest rate coordinates the "intertemporal" (i.e., across-time) activities of investors, businesses, and consumers. If consumers become more future oriented and want to reduce consumption in the near term in order to provide more for later years, what happens in the free market is that the increased savings push down interest rates, which then signal entrepreneurs to borrow more and invest in longer projects. Thus resources (such as labor, oil, steel, and machine time) get redirected away from present goods, like TVs and sports cars, and the freed-up resources flow into capital or investment goods like tractors and cargo ships.

Now when the Federal Reserve artificially reduces interest rates below their free-market level, it sends a false message to entrepreneurs. Firms begin expanding as if consumers have increased their savings, but in fact consumers have reduced their savings (due to the lower interest rates). Businesses that churn out durable goods, such as furnaces, cargo ships, and, yes, houses will find business booming, because these sectors respond positively to low interest rates.

On the other hand, other sectors don't need to contract, because (unlike the scenario of genuine savings) nobody is cutting back on consumption. This is precisely why the Fed-induced boom is unsustainable — real resources have not been released from consumer sectors in order to fuel the expansion of the capital sectors. Because modern economies are so complex, the charade can continue for a few years, with entrepreneurs cutting corners and "consuming capital" (i.e., postponing necessary replacement and maintenance on equipment) while both investment and consumer goods keep flowing out of the pipeline at increased rates. But the music eventually stops, since (after all) the Fed's printing of green pieces of paper doesn't really make a country wealthier. When the Fed "cuts interest rates" it isn't really creating more capital for businesses to borrow; it is instead distorting the signal that the market interest rate was trying to convey.

So, in this context, Krugman the Nobel laureate is confused. When the Fed starts dumping wads of newly printed cash into particular sectors of the economy, why does this foster a period of prosperity — however illusory and fleeting it may be? Why instead doesn't the money drop cause millions of people to get laid off?

I admit I feel sheepish even phrasing the question that way, but go reread Krugman's blog post; that's what he's asking. The answer, of course, is that businesses armed with newly printed Fed dollars must bid away workers from their original niches in the structure of production. Obviously, this process doesn't lead to mass unemployment. The workers voluntarily quit their original jobs because the inflated money supply has allowed a few firms to offer them higher salaries. The Fed's injection of new money has not yet distorted the whole economy, and so there is no reason for other businesses to suddenly find themselves in trouble and lay off workers at the beginning of the artificial boom.

In contrast, once the bubble has popped, many firms realize they are embarked on unsustainable projects. They need to lay off their workers. Unemployment goes up, and only as workers reluctantly accept lower wages can they be reintegrated into the economy. On average, workers are earning less during the bust period than at the height of the boom. This is because the salaries and wages of the boom period were exaggerations of the true "fundamentals" of worker productivity, and also because the fundamentals themselves have been hurt due to the waste of capital during the boom period.

In short, workers on average are not as economically productive during the recession because the whole structure of production has been thrown out of whack by the Fed's injections of funny money. It is much harder for workers to switch jobs and take a pay cut versus quitting a job in order to take a better one that pays more.

That's the simple explanation for why the Fed-induced boom sees low unemployment, while the necessary bust experiences high unemployment.

The Housing Bubble Has Nothing to Do With Job Losses?!

After his theoretical objection, Krugman turns to the data to raise a second objection to the "hangover theory":

One striking fact, which I’ve already written about, is that the current slump is affecting some non-housing-bubble states as or more severely as the epicenters of the bubble. Here’s a convenient table from the BLS, ranking states by the rise in unemployment over the past year. Unemployment is up everywhere. And while the centers of the bubble, Florida and California, are high in the rankings, so are Georgia, Alabama, and the Carolinas.

This is rather surprising, isn't it? Forget the Austrian theory; Krugman is here saying that the bursting of the housing bubble doesn't help explain the onset of the recession! But don't worry, Krugman's analysis is flawed; you're not going crazy.

First, note that the BLS table Krugman links to looks at the over-the-year change in unemployment (by state) from December 2007 to December 2008. Now, is that really a good measure of whether the bursting of the housing bubble has anything to do with the recession? After all, the bubble had well burst by December 2007. So if the "hangover theorists" are right, you would expect the connection between unemployment jumps and housing-price collapses to be weaker the farther along you get from the bursting of the bubble.

In response to an email from a grad-school friend, I decided to check on the relation during a time frame that more tightly captures the bursting of the housing bubble. The OFHEO has quarterly data on home prices by state; I picked the top of the bubble as the second quarter in 2006.

Then I picked the other variable to be the change in unemployment (in terms of absolute point changes, not percentages of percentages) from June 2006 to December 2008, which is available (though not in a very convenient form) from the BLS.

Note that North Carolina and Arizona are the only ones that don't match. That seems like a very strong correlation. (Depending on how we frame the problem, the chances of this matching occurring randomly are anywhere from 1 in 8,400 to about 1 in 350,000.)

Brad DeLong and Paul Krugman continue to mock the Austrian explanation for the business cycle, but their ridicule is based on their own deficient model of the economy's capital structure. Moreover, Krugman's quick empirical points turn out, upon closer inspection, to support the Austrian position. Unfortunately, because DeLong and Krugman have so fundamentally misdiagnosed the problem, their "solutions" are a recipe for further disaster.