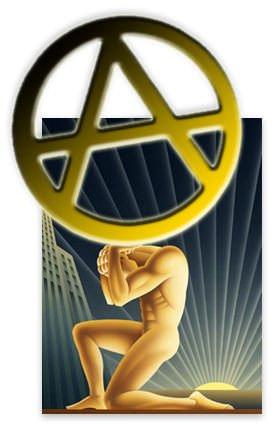 [This article is excerpted from Society Without Coercion.]

The belief that government is necessary to ensure social order is a pure superstition, based upon a psycho-epistemological process different in no important respect from the belief in goblins and witches....

At the outset, let it be made clear that government is nothing but men acting in concert. The morality and value of government, like any other association of men, will be no greater and no less than the morality and value of the men comprising it. Since government is nothing but men, its inherent authority to act is in no way greater or different than the authority to act of individuals in isolation.

The basic reason why a social order could, and would, arise in the absence of governments (as they are known today) is the fact that man has an objective need for social order and protection from initiatory force. This objective need would create human associations producing order in society. The morality and permanence of these associations will be determined by the morality and rationality of the men creating and working in them, as is the case for any social institution.

Perhaps the strongest attack on "anarchism" — certainly the most vitriolic — was made by Ayn Rand. In her article on "The Nature of Government," she states the following:

A recent variant of anarchistic theory, which is befuddling some of the younger advocates of freedom, is a weird absurdity called "competing governments." Accepting the basic premise of the modern statists — who see no difference between the functions of government and the functions of industry, between force and production, and who advocate government ownership of business — the proponents of "competing governments" take the other side of the same coin and declare that since competition is so beneficial to business it should also be applied to government. Instead of a single, monopolistic government, they declare, there should be a number of governments in the same geographical area, competing for the allegiance of individual citizens, with every citizen free to "shop" and to patronize whatever government he chooses.

One cannot call this theory a contradiction in terms, since it is obviously devoid of any understanding of the terms "competition" and "government." Nor can one call it a floating abstraction, since it is devoid of any contact with or reference to reality and cannot be concretized at all, not even roughly or approximately. One illustration will be sufficient: suppose Mr. Smith, a customer of Government A, suspects that his next-door neighbor, Mr. Jones, a customer of Government B, has robbed him; a squad of Police A proceeds to Mr. Jones' house and is met at the door by a squad of Police B, who declare that they do not accept the validity of Mr. Smith's complaint and do not recognize the authority of Government A. What happens then? You take it from there.

Once one gets past Miss Rand's typically vitriolic rhetoric (which only indicates that Miss Rand is quite hostile to what she mislabels as "competing governments") one finds that she has essentially one argument. Miss Rand asserts that what is properly designated as "competing agencies of retaliatory force" or a free market of justice would not work, because the competing agencies would end up protecting criminals and shooting it out with each other. One can only term this a straw man argument.

In the situation described above, in which neighbors subscribed to competing police departments, what is certain (if they were in fact police departments operating on the basis of objective law, rather than criminal gangs operating on the basis of mob rule — which is what Miss Rand described) is that Police B would accept the validity of Police A, or in fact the validity of any reputable police department, and cooperate with them in the arrest of Mr. Jones. Police B certainly would not protect Mr. Jones from justice if there was objective evidence that Mr. Jones had committed a crime, nor would Police A proceed to attempt to arrest Mr. Jones unless there were such evidence. In this manner, objective law would eliminate coercive "shootouts."

In the extreme, there would be little motivation for policemen to put their lives on the line for a suspected thief, and if competing police departments operated as Miss Rand falsely pictures, then they would quickly go out of business due to the attrition rate of policemen killed in the "line of duty."

This is only one of the flaws of Miss Rand's argument. Other problems include her failure to explain exactly how government can morally outlaw competing agencies of retaliatory force, or what it is that prevents the state police from shooting it out with the county police in similar situations. Clearly, both Miss Rand's premises and logic are in error in this case.

This article is excerpted from chapter 2 of Society Without Coercion: A New Concept of Social Organization (Society for Rational Individualism, 1969).

Jarret B. Wollstein works as an independent writer and direct-mail marketing specialist. He is a founder and director of the International Society for Individual Liberty (ISIL), an international human-rights and free-market networking organization with members in over eighty countries. He is the author of hundreds of articles and four books, including Society Without Coercion (1969).