GET NEWS AND ARTICLES IN YOUR INBOXPrint
A
A
Home | Mises Library | Are We Headed for Another Bust?

Are We Headed for Another Bust? On Wednesday December 16, 2015, Federal Reserve Bank policymakers raised the federal funds rate target by 0.25 percent to 0.5 percent for the first time since December 2008. There is the possibility that the target could be lifted gradually to 1.25 percent by December next year. 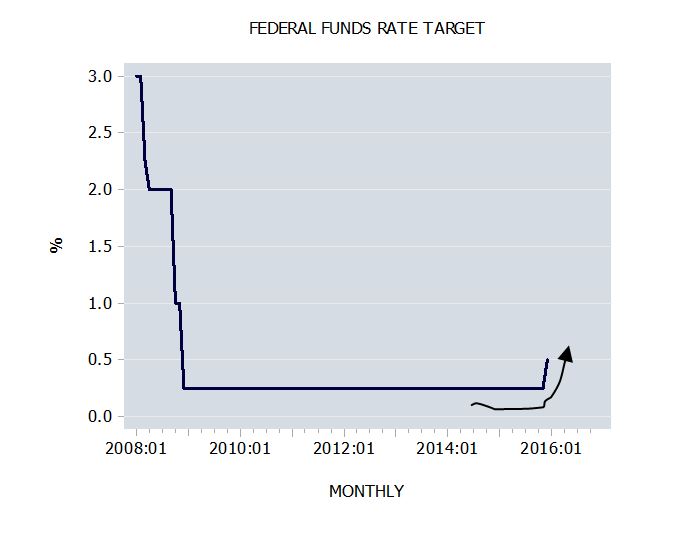 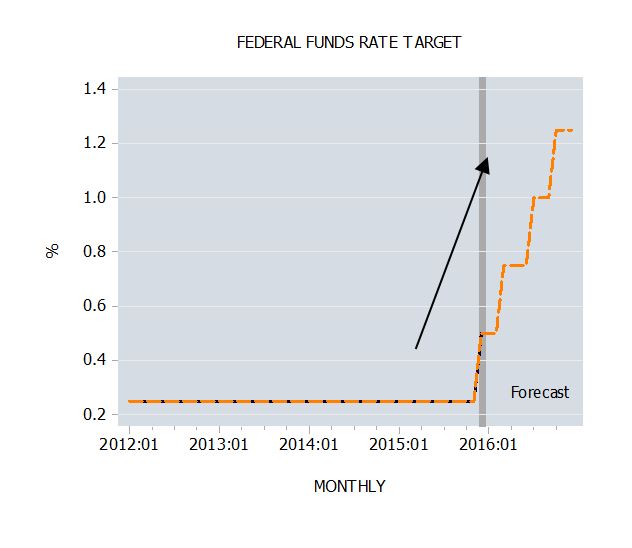 Fed policymakers have justified this increase with the view that the economy is strong enough and can stand on its own feet. “The Committee judges that there has been considerable improvement in labor market conditions this year, and it is reasonably confident the inflation will rise over the medium term to its 2 percent objective,” the Fed said in its policy statement.

Although the yearly growth rate of the CPI rose to 0.5 percent in November from 0.2 percent in October according to our model the CPI growth rate is likely to visibly weaken.

So from this perspective Fed policymakers did not have much of a case to tighten their stance. 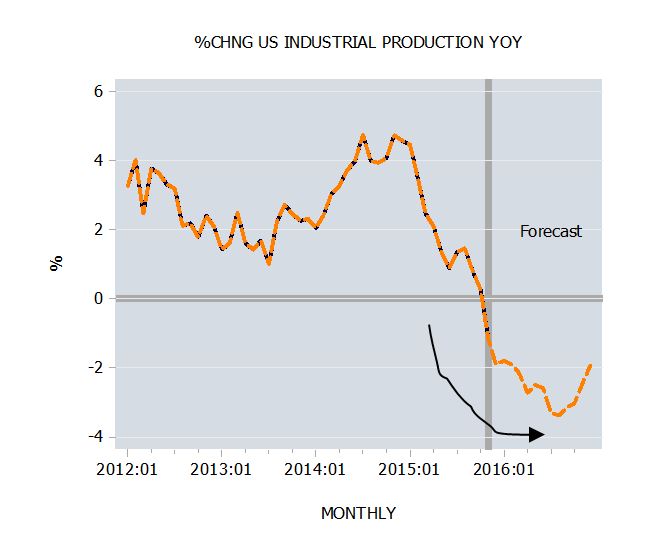 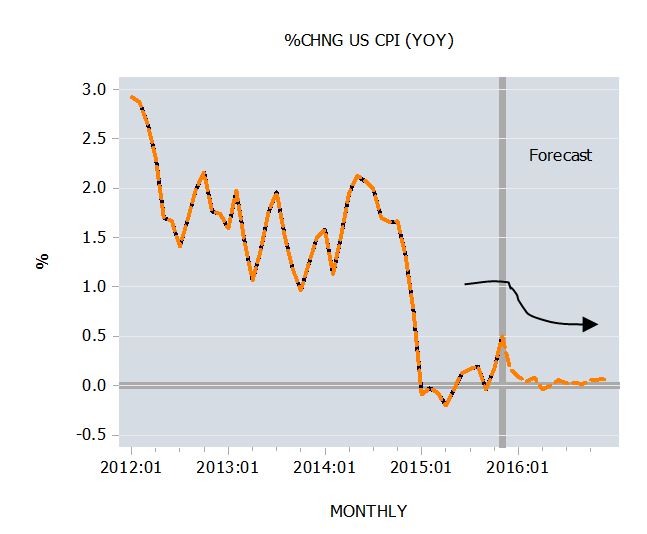 Fed policymakers seem to be of the view that the almost zero federal funds rate and their massive monetary pumping has cured the economy, which now seems to be approaching a path of stable economic growth and price stability, so it is held.

With this way of thinking the role of monetary policy is to make sure that the economy is kept at the “correct path” over time.

Deviations from the “correct path,” it is held, occur on account of various shocks, which are often seen as a mysterious nature. We suggest that the present Fed is following the footpath of Greenspan’s Fed, which was instrumental in setting in motion the 2008 economic crisis.

An important factor behind the 2008 economic crisis was the previous loose monetary stance of the Fed, headed at the time by Alan Greenspan. The federal funds rate target was lowered from 6.5 percent in December 2000 to 1 percent by May 2004. 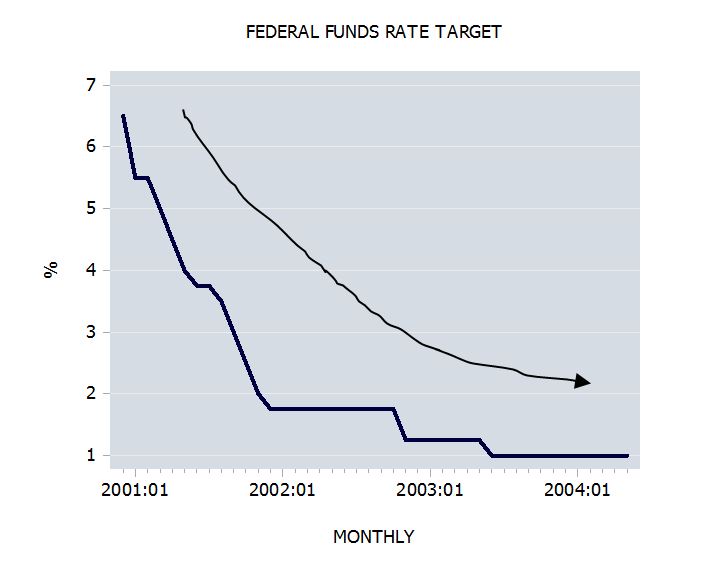 By June 2004, Fed policymakers had reached the conclusion that the economy didn’t require more help from the Fed and could stand on its own feet. Consequently, the central bank lifted the federal funds rate target by 0.25 percent in June 2004 to 1.25 percent. The Fed adopted a policy of a gradual tightening of interest rates until June 2006. Note that by June 2006 the target was set at 5.25 percent and was kept at that level until August 2007. 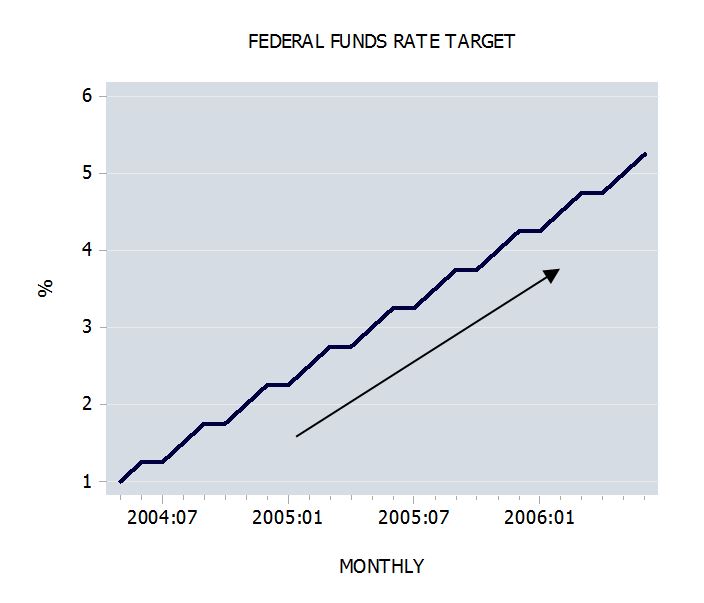 The Fed’s view at the time was that a gradual tightening (each time by 0.25 percent) of the interest rate stance would prevent the unnecessary disruptions and would permit Fed policymakers to navigate the economy more accurately toward a path of stable economic growth and stable prices. The economic crisis of 2008 shattered all that.

Yet, manipulations by the Fed could not bring the economy onto a path of stability and prosperity but, on the contrary, set in motion the menace of the boom-bust cycle.

The Boom Creates the Bust

By means of an artificial lowering of interest rates the central bank gives rise to various activities that cannot support themselves without the easy monetary stance of the central bank.

The lower interest rate stance, which is also accompanied by increases in the money supply growth, sets in motion the diversion of real wealth from wealth generators to various nonproductive or bubble activities. (These activities cannot support themselves and couldn’t have emerged in a free market environment.)

The emerging economic boom, which is falsely labeled as an economic prosperity, leads to the weakening of the wealth generation process.

At some stage the central bank, which follows various economic indicators to justify interest rate manipulations, reaches the conclusion that the economy is starting to deviate from the “correct path.”

Consequently the loose interest rate stance is reversed. This begins to undermine the survival of various bubble activities — an economic bust ensues.

Now, if the pool of real wealth is stagnating or shrinking, then regardless of the Fed’s policy, the economy can’t show a general economic growth.

A tighter interest rate stance coupled with a shrinking pool of real wealth will not only undermine bubble activities but also good activities, which couldn’t be introduced on account of the lack of real funding.

As time goes by though a tighter stance will eliminate bubble activities and will leave more real wealth at the disposal of wealth generators and will permit the introduction of various wealth generating activities.

The prolonged low interest rate policy of the Fed, on top of the Fed’s previous loose monetary policies (during Greenspan’s era), has severely weakened the pool of real wealth, which is currently in a dire state.

This raises the likelihood that the elimination of bubbles as a result of a tighter stance while good in the long-term for wealth generators is likely to trigger a severe economic slump in the near to medium term.