GET NEWS AND ARTICLES IN YOUR INBOXPrint
A
A
Home | Mises Library | Are Politicians Leaders? 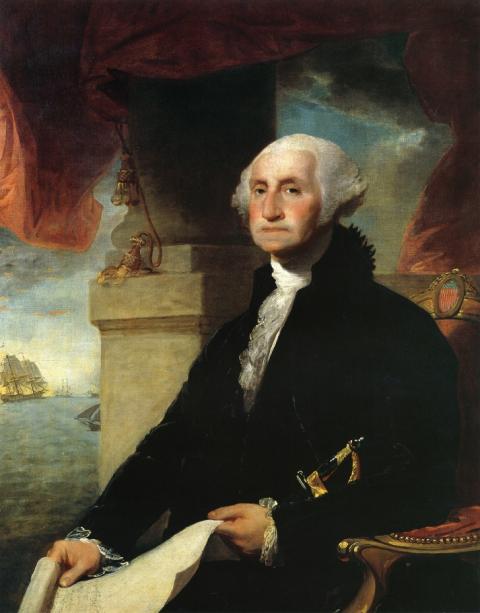 As the curtain has fallen upon the last of the Presidential "debates" and this current political campaign comes to an end in less than three weeks, it is time to take stock not of the candidates but rather of some of the myths surrounding them. The one I wish to tackle in this article is the myth that politicians are our "elected leaders." Nothing could be further from the truth.

One of the complaints about the campaign for President of the United States is that the two main candidates are mediocre at best and dangerously superficial at worst. The concerns are correct. However, we then hear a statement like this: "Surely there must be a better way to elect our leaders than what currently is in place." The statement errs, unfortunately, in the belief that people "choose" leaders through an electoral process.

Political elections do not choose leaders of society. Rather, they are an exercise in which groups of people choose individuals who will assist them in looting other groups of individuals, those folks who were unfortunate enough not to be able to elect their own political strongman. The process can be downright blatant, as is the case in African and Asian countries, or it can be relatively subtle as it is in the United States, where the trappings of "constitutionality" and "rule of law" hide many of the more nefarious goings on.

I have come to conclude that true leaders simply exist. We recognize them because of characteristics that they own which draw others to them and cause them to be influential in encouraging others to do certain things. Of course, leadership is not always a good thing. As one who once taught in a high school, many of the natural leaders among students were successful in influencing their peers to engage in harmful conduct.

Nor does this mean that true leaders never serve in public office. George Washington was a natural leader among his men, for he owned both their respect and their affection. Robert E. Lee was another American who was a great leader of others, again because he owned their respect. (Hans-Herman Hoppe has eloquently written about the role of "natural elites" and political leaders in society and how modern democracy does not necessarily ensure that the true leaders are elected.)

For that matter, one can point out that Bill Clinton was a natural leader in high school and college. His ability to lead has been disastrous for this country, in my opinion, since his presidency has been extremely corrupt. The failure of the Democrats to help remove Clinton from office after he had clearly committed impeachable crimes demonstrates just how dishonest the Clinton leadership has been.

Even given Clinton’s real leadership capabilities, however, it is clear that most elected officials and especially numerous members of Congress are hardly leaders in any legitimate sense of the word. I give the examples of two people from my home state of Tennessee, Al Gore and Bob Clement. The latter is serving an undistinguished term as a member of Congress and the former is running a truly pathetic campaign to be President of the United States.

Gore found his way into political office because his father was a U.S. Senator from Tennessee. It has already been shown that Gore was a below average student at Harvard and bounced from one thing to another, including unsuccessful stints in divinity school and law school, where his academic skills turned out to be less than adequate.

He also spent time in the U.S. Army in Vietnam but was kept safely from the front lines through the influence of his father. When he finally ran for Congress in 1976, Gore chose a safe district that has never sent a Republican to Washington. In 1984, he was elected to the U.S. Senate thanks to the retirement of Senate Majority Leader Howard Baker and the presence of one of the weakest Republican Senate candidates in recent memory. While Gore’s record in Congress was undistinguished, he was a Democrat and that was about all that was needed for him to be elected to national office in Tennessee.

While Gore, among other things, has claimed he invented the Internet, his legislative record has been quite mediocre. He did author a bill that has brought about huge shortages of organs available for transplant, the result being that thousands of people die each year waiting in vain for life-giving organ transplants. For the most part, Gore’s performance in Congress and as U.S. Vice President has demonstrated that he is mostly an empty suit.

(Watching George W. Bush in action also demonstrates to me that if his name were George W. Jones, he likely would not be the Republican candidate for President of the United States. However, I do suspect that he would have had a much more successful private life than Al Gore.)

A present representative from Tennessee, Bob Clement, is also a politician with a pedigree--and nothing else. The son of a former Democratic Tennessee governor, Frank Clement, Bob first was elected to a seat on the now-defunct Public Service Commission. (Tennessee voters never placed a Republican on that commission.) He later ran for governor but lost in the primary to a candidate who a few years later was sentenced to prison for 20 years for looting his own bank. Four years later, he lost an election for Congress to a Republican in a district the Democratic state legislature had created especially for Clement.

A few years later, not willing to chance a real election, Clement ran for Congress representing Nashville, which is about as safely Democratic as Harlem in New York City. He is presently as mediocre in Congress as he was in every other unsuccessful venture of his life. Having once listened to one of his political speeches, it occurred to me that the man was seeking a life in politics because he could not do anything else successfully.

One could say that Clement and Gore have been able to capitalize on "brand name capital," but that insults the concept of the brand name. For example, we buy a certain brand of blue jeans because they have a reputation for quality. The brand name is based upon the quality of the product, not because people simply have heard the name before. Gore’s father, while courageously opposing the Vietnam War long before most members of his party were doing so, was corrupt in his own way, having close and probably illegal ties to the billionaire apologist for the Soviet Union Armand Hammer. Bob Clement’s father, Frank, was best known, unfortunately, for his love of liquor, which ultimately drove him from political office.

In other words, neither the elder Gore nor the elder Clement actually made much of a positive difference while in public life. They were mediocre politicians who, had they not been in public office, would have been quite undistinguished in other ventures. Most assuredly, they were not true leaders.

Multiply this story a thousand fold and you have most people who are in "public life." This is not to say that all politicians are problem drinkers or skirt chasers or the recipients of payments of corrupt figures like Armand Hammer. What I am saying is that very few of them are people who have reached true leadership positions in society. They are not necessarily leaders; they simply are people who control a mechanism that permits them to gain coercive power over others while claiming to be leading by moral example.