GET NEWS AND ARTICLES IN YOUR INBOXPrint
A
A
Home | Mises Library | Are Government Regulators More Virtuous than Everyone Else?

Are Government Regulators More Virtuous than Everyone Else? 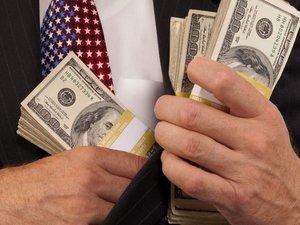 In their new book, Phishing for Phools, Nobel-prize winning economists George Akerlof and Robert Shiller use a behavioral economics approach to criticize the “manipulation and deception” that can exist between businesses and consumers.

[a] fundamental concept of psychology is that people often make decisions they’re not happy about. … If businesses have a chance to profit by tempting us into making decisions that are good for them but bad for us, they will take it. They have just as powerful an incentive to provide us with what we don’t want as to provide us with what we do want.

According to the Wall Street Journal, this is one of the main contributions of the book: the market is the best mechanism to offer people things they do not want to have.

We Do Not Buy What We Do Not Want

However, the fact that these errors in judgment may occur — on the part of the consumers — is not evidence that businesses attempt to sell products that customers do not want.

It’s important to understand that individual decisions are made prospectively, looking forward in time. When an individual buys a product or service, he does so because he expects it to remove his “uneasiness.” At the time of the transaction, this person making the purchase is indeed revealing his desire to have that good. Otherwise, he would not make the purchase. This does not mean that, in retrospect, our decision may be judged to have been a success or a failure, depending on whether it really served the purpose it was meant to serve.

Obviously, this is not what happens.

Who Regulates the Regulators?

Another weak point in Akerlof’s and Shiller’s argument is their implied solution: government regulation. In a recent article, Shiller writes

While we confirm the importance of free markets, we have found that market regulation has been crucial, and believe that will continue to be true in the future. [Standard economic theory] usually ignores the fact that, given normal human weaknesses, an unregulated competitive economy will inevitably spawn an immense amount of manipulation and deception.

For evidence of the problem with this approach we need look no further than South America where government agents are quite adept at giving people “what we do not want.”

For example, we can note the fact that a process of impeachment recently began against the president of Brazil because, according to the allegations, she tried to hide the true extent of increases in public spending. Meanwhile, in Argentina, former Vice President Amado Boudou cannot leave the country because he is accused of misappropriating funds from the company responsible for printing pesos bills.

These are just some recent examples in a nearly endless list of corruption cases, and if democratically elected officials such as these are capable of such large-scale deception and malfeasance, why should we think that these same people can help reduce “manuipulation and deception” in the market place?

The situation we face in South America is exactly the opposite of the free-wheeling under-regulated markets described by Shiller and Akerlof. We live in highly regulated economies which are being suffocated and corrupted by an excess of political power.

Meanwhile, according to the latest IMF estimates, Venezuela, Brazil, and Argentina have been among the slowest growing economies from 2011 to 2015. Not surprisingly, all three of these countries have been implementing highly interventionist policies, boosting public expenditure, manipulating credit markets, and controlling prices of certain goods and services.

And, of course, South America is hardly the only place on earth that experiences political corruption.

The focus, then, contra Shiller and Akerlof, must be placed on how to dismantle this system, not in providing it with more weapons and arguments to continue growing.

Are Government Regulators More Virtuous than Everyone Else?

Economists Robert Shiller and George Akerlof would have us believe that the market sells us things we don’t really...