Another Kind of Liberalism 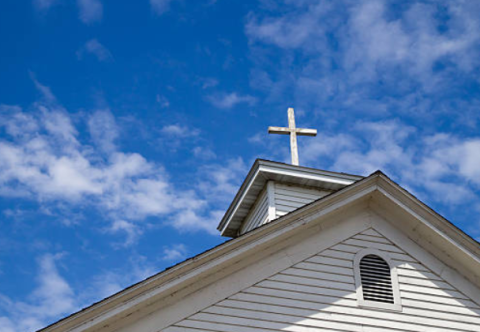 [Preface to The Place of Religion in the Liberal Philosophy of Constant, Tocqueville, and Lord Acton by Ralph Raico.]

Religion and liberty—few issues are more controversial among current-day libertarians. At least four positions can be distinguished. One well-known position holds that religion and liberty are separate spheres that are almost hermetically sealed from one another, while any historical point of contact is purely accidental or contingent. According to another widespread position, religion and liberty are outright antagonistic. These advocates see in religion the most deadly foe of individual liberty, an even greater enemy of mankind than the state.

A third position contends that religion and liberty are complementary—on the one hand, pious men facilitate the workings of a society with minimal or no government, and, on the other hand, political liberty facilitates religious life as each one sees fit.

Finally, some thinkers defend a fourth position, namely, that religion—and in particular the Christian faith—is fundamental for individual liberty, both as far as the historical record is concerned and on the conceptual level.

In our thoroughly secularized culture, the third position is held to be daring and the fourth insolent. Yet today I do believe they are both true and that the third is a skin-deep statement of the truth, while the fourth goes to the root of the matter. Once a pagan interventionist, I first saw the truths of libertarian political theory, and eventually I started to realize that the light of these truths was but a reflection of the encompassing and eternal light that radiates from God through His Son and the Holy Spirit. This realization has been a slow process and I could not say now when and where it will end. But I can pinpoint the circumstances of its beginnings. I can pinpoint the one writer who got this stone in me rolling.

At the beginning of my academic career I had the good fortune and privilege to translate Ralph Raico's magnificent essay on the history of German liberalism into my mother tongue. This book brilliantly displays the virtues of its author—his scholarship, his wittiness, his righteousness, and his courage. For me it was an eye-opener. It set the record straight on the main protagonists. In particular, Friedrich Naumann, a man of undeserved libertarian fame, was thrown out of the pantheon of the champions of liberty, while Eugen Richter, today virtually unknown, was elevated to his rightful place as the foremost leader of the fin-de-siècle German party of liberty. Ralph Raico explains that the German liberals failed not least of all because at some point they started missing their target. Rather than opposing the state, they began to see the enemy in organized religion. They endorsed Bismarck's repressive laws designed to wage a culture war on the Catholic Church.

A typical case in point was Rudolf Virchow, a surgeon, professor, and liberal party leader, who displayed the very same haughty and ignorant attitude toward organized religion that is also the intellectual plague of modern culture, and of modern libertarianism in particular. Ralph Raico's book highlighted the lines of continuity between the Virchows of all times and the French Enlightenment. The thoroughly anticlerical writings of Voltaire, Rousseau, Didérot, d'Alembert, Helvétius, and so many other apparent champions of individual liberty and opponents of oppression had created a continental European culture of liberalism in which the antagonism of faith and freedom was taken for granted. As a consequence, religious people have always been suspicious of this movement. It seemed as though one had to choose between religion and liberty.

However, Professor Raico also stresses that there was another tradition within classical-liberal thought, one that recognized the interdependence between religion and liberty. This tradition includes most notably the three great thinkers that Professor Raico portrays in his 1970 doctoral dissertation, explaining how the political thought of Benjamin Constant, Alexis de Tocqueville, and Lord Acton flowed from their religious convictions.

This early work is here reprinted and made available for all people of good will. At the beginning of the twenty-first century, it has not lost its timeliness and importance as a tool for reunderstanding the history of liberalism. I salute its publication and predict it will open many more eyes.