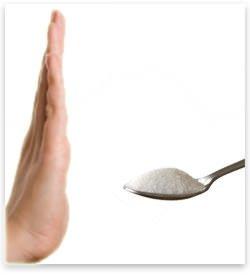 12/22/2009Justin Rohrlich
According to a recent Congressional Budget Office report, the increased use of ethanol is responsible for a rise in food prices of approximately 10 to 15 percent.

We're turning corn into fuel — a highly inefficient one, at that — instead of food.

The Mackinac Center for Public Policy points out that "mixing food and fuel markets for political reasons has done American consumers no discernable good, while producing measurable harm."

However, perhaps summing up the issue most succinctly is Mark J. Perry, professor of economics and finance at the University of Michigan-Flint:

Anytime you have Paul Krugman agreeing on ethanol with such a diverse group as the Wall Street Journal, Reason Magazine, the Cato Institute, Investor's Business Daily, Rolling Stone Magazine, the Christian Science Monitor, The New York Times, John Stossel, The Ecological Society of America, the American Enterprise and Brookings Institutions, the Heritage Foundation, George Will and Time magazine, you know that ethanol has to be one of the most misguided public policies in US history.

But Brazil seems to have made it work. Using just 1 percent of its arable land, Brazil produced 6.57 billion gallons of sugar ethanol last year, roughly half the annual oil production of Iraq. Ethanol accounts for about 50 percent of Brazil's automotive fuel. General Electric and Brazilian aircraft maker Embraer are working to develop ethanol suitable for powering commercial aircraft, with a test flight possible by early 2012. Most importantly, Brazil relies on imported oil for only 10 percent of its energy needs today — due in large part to its ethanol industry.

It seems so obvious. An alternative fuel that works already exists. What's stopping us from using it?

What's stopping us is a decision made 36 years ago by a man named Rusty Butz, before ethanol was even a blip on anyone's radar.

In 1973, Earl "Rusty" Butz, President Nixon's USDA chief, did away with the agricultural price supports introduced by the Roosevelt administration. These supports were intended to protect farmers' finances by limiting supply when bumper crops would have otherwise flooded the market and to avoid squeezing consumers by releasing the warehoused grain when crop yields were low and prices would naturally spike.

Butz ginned up political support for the administration by encouraging farmers to plant "fencerow to fencerow" while the government provided them with subsidies to cover the difference between market prices and production costs.

Of course, growing "fencerow to fencerow" did exactly what one would expect: production exceeded demand, and prices took a dive. This didn't sit too well with Archer Daniels Midland (ADM), the nation's largest corn refiner.

Now, there's only so much corn one person can eat. ADM suddenly needed to figure out how to somehow stimulate sales of all that excess food.

Then a Japanese technique called "wet milling" caught the company's eye. Wet milling turned corn kernels into what ADM hoped would be a low-cost alternative to sugar — the now-ubiquitous high-fructose corn syrup.

While high-fructose corn syrup was an alternative to sugar, it still wasn't possible to manufacture cheaply enough to make it a low-cost alternative.

Enter Dwayne Andreas, who, at the time, was ADM's CEO.

It just so happened that Florida sugarcane growers were in the middle of a push to get Congress to impose a tariff on foreign sugar, which was exerting downward pressure on market prices. Andreas decided to help fund lobbying efforts by Florida sugarcane growers to convince Congress to impose a quota on non-US sugar, which had been flooding the US market and keeping prices down.

Perhaps this is why a statue of Ronald Reagan stands at ADM headquarters. It is a token of appreciation from one free marketeer to another for promoting what is, essentially, a socialist policy.

ADM's CEO, Andreas, doesn't seem to view our capitalist society through the same lens as most others. In one interview, he said, "There isn't one grain of anything in the world that is sold in a free market. Not one! The only place you see a free market is in the speeches of politicians. People who are not in the Midwest do not understand that this is a socialist country."

From the looks of things, "socialism" has done well for Dwayne Andreas. A report by James Bovard of the Cato Institute notes, "At least 43% of ADM's annual profits are from products heavily subsidized or protected by the American government. Moreover, every $1 of profits earned by ADM's corn sweetener operation costs consumers $10."

The sugar tariff is the biggest scam since one hour Martinizing. For the first time in human history, more than a billion people this year will be classified as 'chronically hungry.' We'll artificially sweeten prices for US farmers, bankrupting poor farmers in Africa or South America and then turn around and send them food aid.

The world sugar price is 22 cents per lb. The US price because of the tariff? 44 cents. Want to make candy and buy sugar for 22 cents? Sorry, no can do — it's illegal. If sugar prices plummet? Don't sweat it, Washington's got that covered, guaranteeing a price of no less than 18 cents.

Surely, there must be more to this story.

I'd love all the upside and none of the downside in a game where my competitors are barred from playing against me, yet if I still somehow fail to perform the scoreboard operator nonetheless puts up points for me — as long as I vote for the right referee when his contract's up.

Okay, so ADM hijacked the sweetener market. What does this have to do with Brazilian ethanol and our country's insistence on forging ahead with subpar ethanol made from corn, even though tariff-free cane ethanol would cut gas prices significantly?

You'd be correct to assume that demand for soft drinks drops during the cold winter months. What would ADM do with idle wet-milling equipment during high-fructose corn syrup's "off season"?

It turns out that wet-milling machines also make ethanol.

The federal government provides a 45 cent per-gallon subsidy for domestically produced (corn-based) ethanol. Add to that the crippling sugar policy, plus a 54 cent per gallon tariff placed specifically on foreign ethanol (sugar based, from Brazil), and bang — ADM corners the domestic ethanol market. Pretty crafty, huh?

California Governor Arnold Schwarzenegger says, "The federal government is subsidizing corn-based ethanol and we have a tariff of 54 cents-a-gallon on the most important ethanol to discourage cheap fuel coming in from Brazil. This is crazy."

Fed Chairman Ben Bernanke says, "As you know, I favor open trade and I think allowing Brazilian ethanol, for example, would reduce costs in the United States."

And C. Ford Runge, an economist specializing in commodities and trade policy at the Center for International Food and Agricultural Policy at the University of Minnesota, says, "the obvious thing to do is lower that [sugar] tariff and let some Brazilian ethanol come in. But one of the fundamental reasons our biofuels policy is so out of whack with markets and reality is that interest-group politics have been so dominant in the construction of the subsidies that support it."

Until corporate welfare takes a backseat to real, proven solutions that help stateside consumers save a bundle at the pump (and help our less-prosperous allies financially), corn will remain king.

Justin Rohrlich is the Emmy Award–winning head writer of Minyanville's World In Review, the world's first (and only) animated business news show. See his Minyanville bio and archive.