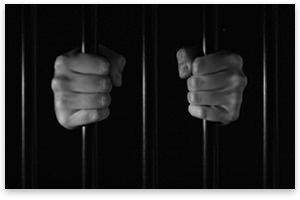 It is time to take prisons seriously. The United States incarcerates more people than any country in the world today and throughout history. The financial costs are tremendous and rising. One in every one hundred Americans is jailed within this so-called land of the free. Many have committed no violent crimes. Not a few are in for supposed political crimes. Some are wholly innocent of both yet languish in captivity. What are the sociological, political, economic, cultural, and historical consequences of incarceration?

The prison is a unique technology of enforcement. One could say it is the ultimate embodiment of institutionalized coercion. Its essential architectural features — individualized cells and controlled living environments — minimize the opportunities for social interaction among inmates and maximize their perception of total observation and control by guards. Both features were designed and implemented to accomplish particular purposes.

Since the 1970s, the American system has been said to operate according to a retributive paradigm of criminal justice, wherein criminals are thought to deserve punishment. Prisons are believed to be an efficient retributive technique and deterrence is their convenient consequence.

Originally, penitentiaries were designed and built with grander intentions: to induce penitence at the individual level and to make for a better community at the societal level. Prisons were both a micro and macro tool of social engineering. Jeremy Bentham (1782) explicitly stated the broader ambitions of incarceration,

Morals reformed — health preserved — industry invigorated — instruction diffused — public burthens lightened — Economy seated, as it were, upon a rock — the gordian knot of the Poor-Laws are not cut, but untied — all by a simple idea in Architecture! (italics in original)

In their first applications — the early United States and a few major British cities — penitentiaries were perceived as a success. Their architectural designs were replicated around the world within decades. Johnston (2000) lists 37 countries that mimicked the penitentiary methods of isolation and observation by the end of the 19th century. Yet such nations neither significantly resolved their domestic social maladies nor improved their economies in result.

No direct causal link theoretically or empirically can be proven to connect prisons with social peace and prosperity. But prisons undoubtedly promote and expand the powers of government. Taxes, regulations, prohibitions, and conscriptions are all made easier by threat of imprisonment. Thus, prisons and their presumed efficacy persist, grow, and multiply.

In my upcoming Mises Academy course, The American Prison State, I will use readings and lectures to outline the long and varied history of incarceration and criminal law in the United States. All the readings for this course will be free and online. The online video lectures will use Webex, the industry standard for web conferencing. Lectures will be Tuesday evenings, 7:00–8:30 EDT, and they will be recorded and available for enrolled students to download. The first class will be on June 7.

Criminal punishment by incarceration is not a black box. More prisons do not directly cause reduced crime, let alone a better society. Presuming so ignores the real and tangible costs of the prison-industrial complex. Though the deterrent effects of incarceration are evident, so too should be the costs of inefficiently severe punishment. Economically, politically, culturally, and morally, society suffers from misaligned incarceration resources. The usage of physical punishments to protect and enforce individual rights to person and property has taken a backseat to the centralized social controls of prohibition, taxation, and regulation.

After nine months observing life and society in the United States (1831–32), Alexis de Tocqueville wrote Democracy in America (1835). His insight therein is now well respected throughout the fields of political science and social theory — human cooperation is a delicate art form. America's early and rapid rate of economic development and its functioning social order resulted from a life spring of vibrant civil society. Families, clubs, churches, and various community groups provided early Americans with diverse opportunities to practice the art of association. They learned to get along with one another by learning more about one another by continuously interacting with one another.

But few are familiar with why exactly Tocqueville came to visit the United States. He did not travel intending to investigate civil society. He was assigned by the French government to investigate and report upon America's newly designed and applied penitentiaries.

Along with his friend and colleague Gustave de Beaumont, Tocqueville coauthored On the Penitentiary System in the United States and Its Application in France (1833) — before he drafted Democracy in America. Tocqueville and Beaumont's report describes the rationale and institutional arrangements used in various townships of early America to enforce criminal law. They summarize the various types and magnitudes of criminal punishments used throughout the nation. And, in perhaps their most unique contribution, they describe the conditions and social processes underway within the prison facilities that Tocqueville spent most of his time in America touring.

It was not by coincidence that Tocqueville then decided to write about civil society. His two texts are complementary responses to the same research question: What is the source of America's exceptionally early and rapid rate of economic and social development?

The title of Tocqueville and Beaumont's report itself alludes to their government's intention to make use of American penal practices to improve society. Indeed, they were not the only foreign officials sent to study America's innovative facilities (Whitman 2007). England, France, Prussia, Spain, Brazil, Peru, and Canada all sent researchers (Johnston 2000). America's economic and social outcomes, the American criminal-legal system (the first and only to be publicly administered at its inception [Friedman 1993]), and individuated incarceration all seemed new, unique, and correlated.

Major American cities (and a few locations in England) were the first places to calculate and administer criminal punishments by means of incarceration. The Eastern State Penitentiary in Philadelphia, the Cherry Hill unit in New Jersey, and the Auburn prison in New York were among the first buildings to parallel the intentions and designs explained in Bentham's Panopticon (1782). Identical cells circled around heightened observation towers and/or halls of cellblocks spoked out from central control offices. Inmates perceived that they were constantly observed, silence was imposed, and complete discipline by regimentation was achieved.

In 18th century England, "the usual complaint about prisons was that occupants passed their time in games, gambling, and drunkenness." But by 1865, "prisoners were confined to identical cells and subjected to a similar diet. Their lives were carefully regulated" (McGowen 1995, p. 71). By isolating criminal violators under continual observation, deterrence of crime and behavioral control was thought to be refined and precise — a science of social control.

But Tocqueville had a different take upon the relationship between prisons and social order. His appreciation for American imprisonment was limited to their infrequent use, the shortness of criminal sentences, and the extent to which prisons replicated ordinary society (not very). But the facilities themselves were silent, corporally violent, unclean, and unpleasant. Penitentiaries were literally walled-in pockets of social discord.

Upon returning to France and after drafting his assigned report with Beaumont, Tocqueville secluded himself to write Democracy in America. The power of civil society, as Tocqueville came to describe it in this book, is social learning. People learn to do by doing and learn to associate by associating. Trade, barter, and communication fuel such processes.

Tocqueville did not presume what Bentham suggests: that the threat of prison penalties induced social cooperation relative to the role of civil society or other alternative responses to criminal behavior. Instead, he saw that prisons enforce removal from society and isolation from others. Penitentiaries seem to be the antithesis of civil-society craftsmanship. America thrived, not because of the threat of imprisonment, but because American citizens had the freedom to form groups and experiment with social arrangements to suit their varied purposes.

Even measures of the number of crimes deterred by penitentiaries do not imply nor guarantee that punishment by imprisonment yields the highest marginal returns of social order. What kinds of peaceful civil-society associations are also deterred for fear of incarceration? What sorts of punitive and sanctioning processes could accomplish the goals of imprisonment at lower financial and social costs? Such answers remain unknown so long as criminal-justice processes are monopolized by state authority.

This pioneering class will cover all of these seemingly untouchable subjects from the perspective of a realistic, libertarian analysis of the state.

Beaumont, Gustave de, and Alexis de Tocqueville. 1833 [1979]. On the Penitentiary System in the United States and Its Application in France. Carbondale: Southern Illinois University Press.

Bentham, Jeremy. 1787 [2001]. "Panopticon; or The Inspection-House: Containing the Idea of a New Principle of Construction Applicable to Any Sort of Establishment, in Which Persons of Any Description Are to Be Kept under Inspection." In The Panopticon Writings, edited by Miran Bozovic. London: Verso.

McGowen, Randall. 1995. "The Well-Ordered Prison: England 1780-1865." In The Oxford History of the Prison: The Practice of Punishment in Western Society, edited by Morris and Rothman. New York: Oxford University Press.