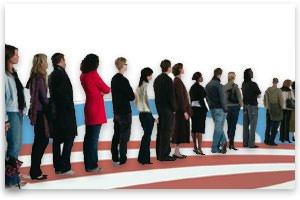 Some time ago I invented the phrase "fascialism" to describe the American system of political economy. Fascialism means an economy is part fascist, part socialist. Economic fascism has nothing to do with dictatorship, militarism, or bizarre racial theories. Fascism is a brand of socialism that was the economic system of Germany and Italy in the early 20th century. It was characterized by private enterprise, but private enterprise that was comprehensively regulated and regimented by the state, ostensibly "in the public interest" (as arbitrarily defined by the state).

Socialism started out meaning government ownership of the means of production, but it came to mean egalitarianism promoted by "progressive" taxation and the institutions of the welfare state, as F.A. Hayek stated in the preface to the 1976 edition of The Road to Serfdom. The problems of the American healthcare system are caused entirely by the fact that the government subjects the system to massive interventions, some of which are fascist in nature, while others are socialist.

The effect of this vast government takeover of the hospital industry, Friedman documented, is what any student of the economics of bureaucracy should expect: the more that is spent on hospital care, the worse the quality and quantity of care become, thanks to the effects of governmental bureaucratization. According to Friedman, as governments took over an ever-larger share of the hospital industry (being exempt from antitrust laws), hospital personnel per occupied hospital bed quintupled, as cost per bed rose tenfold.

Friedman concluded that "Gammon's Law," named after British physician Max Gammon, "has been in full operation for U.S. hospitals since the end of World War II." Gammon's Law states that "In a bureaucratic system, increases in expenditure will be matched by a fall in production.… Such systems will act rather like 'black holes' in the economic universe, simultaneously sucking in resources, and shrinking in terms of … production." Dr. Gammon surely knew what he was talking about, having spent his career in the British National Health Service.

"The U.S. medical system, in large part, has become a socialist enterprise," Friedman ended. Friedman also once suggested a syllogism to explain the bizarre spectacle on display today of responding to problems caused by healthcare socialism with even more healthcare socialism.

The syllogism goes as follows:

Layers of regulation plague every aspect of medical care and health insurance in America. In the health-insurance industry, for instance, each state imposes dozens of regulatory mandates on health insurers, requiring them to include coverage of everything from massage therapy to hair implants. The reason for mandates is that the message-therapy and hair-implant industries (and many others) hire lobbyists to bribe state legislators to require insurers to cover their particular practice if they want to sell insurance within a state. Among the states with the largest number of mandates as of 2009 are Rhode Island (70), Minnesota (68), Maryland (66), New Mexico (57), and Maine (55). Idaho has the fewest mandates (13), followed by Alabama (21), Utah (23), and Hawaii (24).

Each mandate increases the cost of health insurance and probably increases the typical health-insurance policy by hundreds, or thousands, of dollars yearly. This is a good example of healthcare fascism.

Government policy in the health-insurance industry applies both the brakes and the gas at the same time. While imposing onerous and cost-increasing regulations, government also limits legal liability in some cases where an insurer refuses to pay for a particular procedure or treatment that costs a patient his life. The state also creates state-wide cartels with laws prohibiting the portability of some aspects of health insurance. (For example, my employer-provided health insurance covers pharmaceuticals in Maryland, where I reside, but not in other states.)

Getting back to pure socialism, Medicare, Medicaid, and the Veterans Administration hospitals socialize a very large portion of healthcare in America, with the same predictable results as the socialization of hospitals: runaway costs for decade after decade, coupled with massive fraud, as is often the case when politicians are enabled to spend other people's money. Even the federal government admits that there is currently about $60 billion in Medicare fraud. Since government always understates the cost of everything it does, it is likely that the real number is at least two or three times that amount.

Having taken over most of the hospital industry, government-run or government-subsidized hospitals have created regional monopoly power for themselves with so-called "certificate-of-need" (CON) regulation. How this regulatory scam works is that an existing hospital in an area will give itself the legal "right" to decide whether there is a legitimate "need" for more hospitals. They have given themselves, in other words, the right to veto new competition in the hospital industry. It is as if the Microsoft Corporation had a legal right to veto new competition in the computer industry.

Not surprisingly, research has shown that CON regulation has increased hospital costs. CON regulation is also used to block competition in various healthcare professions as well, from nursing to home healthcare. (I was once asked to assist several nurses in obtaining a CON license from the Fairfax County, Virginia government so that they could start up their own home healthcare business. The county government was already in the business itself, and vetoed their application, naturally.)

Physicians have long enjoyed a degree of monopoly power derived from state legislatures that delegate to the American Medical Association (the doctors' union) the "right" to limit entry into medical schools through accreditation. Only graduates of accredited (by the AMA) medical schools are licensed to practice medicine. The AMA has used these state-granted privileges to limit both the number of medical schools and the number of medical-school graduates. The reduced supply of doctors drives up the price of medical care and the income of AMA members. Hundreds of other health professions limit entry with the help of occupational licensing regulation, the primary effect of which is to create monopoly profits, not to ensure quality of care.

Government regulation of pharmaceuticals and medical devices, primarily by the Food and Drug Administration (FDA), increases healthcare costs, denies the benefits of myriad helpful drugs and devices, and creates monopoly power. It has literally been responsible for the premature death of thousands of Americans who have been deprived of drugs that were long available to people in other countries.

FDA bureaucrats are extremely risk averse: On the one hand, it costs them nothing personally to delay a life-saving drug for years, if not decades, by demanding test after test. On the other hand, if they permit a drug to enter the marketplace that turns out to be dangerous, it is a public-relations disaster for the agency, which it does not want to be associated with. Consequently, the entrance of new drugs and medical devices onto the market is often delayed by years, costing many lives and inflicting much needless pain on those already suffering, while driving up prices.

The FDA also makes the market for pharmaceuticals less competitive by restricting what advertising may say for myriad drugs — even aspirin. New drugs do consumers no good if they do not know about them. Advertising restrictions imposed by the FDA, therefore, prop up the profits of incumbent drug marketers at the expense of newcomers in the industry and of consumers.

The government's legal system is also responsible for what used to be called "the liability crisis." The genesis of this crisis began in the 1960s. The government courts began accepting the Chicago School Law and Economics argument that assigning all liability in product-liability cases to manufacturers would be a good way to minimize the "social costs" of accidents. Manufacturers know more about products such as medical devices than anyone else, the argument went, so contract law and shared responsibility for accidents with the users of the products were thrown out the window.

So, when accidents occur, slick trial lawyers have had an easy time convincing dumbed-down juries to award millions, or hundreds of millions, of dollars in liability lawsuits. These lawsuits have bankrupted the manufacturers of many medical devices, while convincing others that the devices are too risky to make. The effect on the healthcare consumer is poorer healthcare and higher prices.

There are thousands of other government regulations and controls on all aspects of healthcare, even (or especially) the nursing-home industry. Like most regulation, it has little or no beneficial effect for the public. More often than not, it is part of a cartel arrangement by some group of medical practitioners who are in cahoots with federal, state, or local politicians who are always more than willing to sell their "constituents" down the river for a generous campaign "contribution."

The only sensible approach to healthcare "reform" would be massive privatization of America's socialized hospitals, combined with deregulation of the medical professions to introduce more competition, and deregulation of the health-insurance industry. Free-market competition would produce medical "miracles" the likes of which have never been seen, while dramatically lowering the cost of healthcare, just as it has done in every other industry where it is allowed to exist to any large degree.

This is not likely to happen in the United States, which at the moment seems hell-bent on descending into the abyss of socialism. Once some states begin seceding from the new American fascialistic state, however, there will be opportunities to restore healthcare freedom within them.