The Alleged Absence of Depressions under Totalitarianism 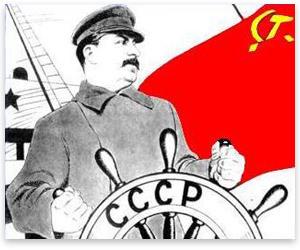 [This article is excerpted from chapter 20 of Human Action: The Scholar's Edition and is read by Jeff Riggenbach.]

Many socialist authors emphasize that the recurrence of economic crises and business depressions is a phenomenon inherent in the capitalist mode of production. On the other hand, a socialist system is safe against this evil.

As has already become obvious and will be shown later again, the cyclical fluctuations of business are not an occurrence originating in the sphere of the unhampered market, but a product of government interference with business conditions designed to lower the rate of interest below the height at which the free market would have fixed it. At this point we have only to deal with the alleged stability as secured by socialist planning.

It is essential to realize that what makes the economic crisis emerge is the democratic process of the market. The consumers disapprove of the employment of the factors of production as effected by the entrepreneurs. They manifest their disapprobation by their conduct in buying and abstention from buying. The entrepreneurs, misled by the illusions of the artificially lowered gross market rate of interest, have failed to invest in those lines in which the most urgent needs of the public would have been satisfied in the best possible way. As soon as the credit expansion comes to an end, these faults become manifest. The attitudes of the consumers force the businessmen to adjust their activities anew to the best possible want-satisfaction. It is this process of liquidation of the faults committed in the boom and of readjustment to the wishes of the consumers which is called the depression.

But in a socialist economy it is only the government's value judgments that count, and the people are deprived of any means of making their own value judgments prevail. A dictator does not bother about whether or not the masses approve of his decision concerning how much to devote for current consumption and how much for additional investment. If the dictator invests more and thus curtails the means available for current consumption, the people must eat less and hold their tongues. No crisis emerges, because the subjects have no opportunity to utter their dissatisfaction.

Where there is no business at all, business can be neither good nor bad. There may be starvation, and famine, but no depression in the sense in which this term is used in dealing with the problems of a market economy. Where the individuals are not free to choose, they cannot protest against the methods applied by those directing the course of production activities.

It is no answer to this to object that public opinion in the capitalist countries favors the policy of cheap money. The masses are misled by the assertions of the pseudo experts that cheap money can make them prosperous at no expense whatever. They do not realize that investment can be expanded only to the extent that more capital is accumulated by saving. They are deceived by the fairy tales of monetary cranks. Yet what counts in reality is not fairy tales, but people's conduct. If men are not prepared to save more by cutting down their current consumption, the means for a substantial expansion of investment are lacking. These means cannot be provided by printing banknotes and by credit on the bank books.

It is a common phenomenon that the individual in his capacity as a voter virtually contradicts his conduct on the market. Thus, for instance, he may vote for measures which will raise the price of one commodity or of all commodities, while as a buyer he wants to see these prices low. Such conflicts arise out of ignorance and error. As human nature is, they can happen. But in a social organization in which the individual is neither a voter nor a buyer, or in which voting and buying are merely a sham, they are absent.

This article is excerpted from chapter 20 of Human Action: The Scholar's Edition and is read by Jeff Riggenbach.