GET NEWS AND ARTICLES IN YOUR INBOXPrint
A
A
Home | Mises Library | Is All-Day Kindergarten An Economic Fix?

Is All-Day Kindergarten An Economic Fix? 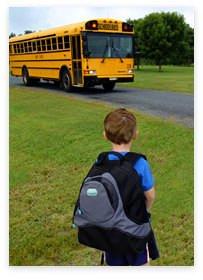 [This weekend: The Mises Institute in Manhattan!]

Is your state's economy in the doldrums? Does it need a kick start to get it humming again? The immediate and boring solution is reduced government regulations and tax cuts. But according to a new civic ethos, the long-term and innovative solution is mandatory, all-day kindergarten.

That's rights, all-day kindergarten is the perfect solution for the politician looking for headlines and votes. What a great way to stand out from the crowd of other power-seekers. All-day kindergarten is for the children, and it will improve the state's economy — though improvements will not be seen for a quarter century at best.

You see, it takes anywhere from 3 to 5 years to fully implement a government solution, so the first class to benefit from all-day kindergarten is still 3 to 5 years in the future. Then it takes another 17 years for a child to move through the primary, secondary, and tertiary school programs in order to receive a Bachelor of Arts degree. Finally, the new graduate has to find a job and become acclimated to a new career — add another 5 years. So, there you have it, benefits to all-day kindergarten do not begin accruing for at least 25 years.

And, more importantly, the first time anyone can empirically assess the benefits relative to the costs is more like 28 years from now — assuming three years for data to be gathered and analyzed. Of course, that is if there are any benefits to accrue. In the meantime, the bills keep coming and coming.

Twenty-eight years from now? By then, who cares? The politician who crafted the law is retired in Florida, and the years of additional interventions have muddied the educational waters so that all-day kindergarten will be the least of our worries. If the public education system is still plodding along, there will be other ideas to implement and the educationists and unions will still sing praises to the man who gave the state mandatory, all-day indoctrination of five-year olds.

Success will follow implementation, because the success will be the implementation. The praises and awards will be given to the man who was brave enough to push such a beneficial program forward against hostile and vile opposition; a program that not only benefited the kids, but also got the economy back on track.

Advance the clock a couple of years after the proposal of this long-term solution: The governor who ran on the platform of all-day kindergarten pushed and prodded his legislature to fund the program a year ago. Through the rustbelt haze, a solitary economic report shows that the state is on the rebound. The media is summoned and governor proudly states that his plan for an improved educational climate in the state has lead to an economic resurgence. All-day kindergarten has saved the day.

You ask, "How could the economy benefit in such a relatively short time from a program whose results will not be known for decades?" The governor's Keynesian court will set this matter straight. See, it wasn't the increased academic performance to be reaped years hence that saved the state today; it was the pumping of additional funds into the state's rustbelt economy. Yes, the state — I mean the governor — has guided the state to brighter horizons.

Think about it, we are talking about a double benefit here. An improved economy now, plus the utopian society born a little more than two decades from now as the first all-day-kindergarten class graduates college and introduces the world to the Progressive heaven on earth. What a way to retire fulfilled on the beaches of a sunny coast? The marble bust of this visionary governor will rest in the center of the state capital rotunda, a Lenin-inspired monument visited by future children as they learn about the great state and its role in all facets of life.

All-day kindergarten, what a silly solution. And what fools we must be to even consider its merit. If the economy is lagging and education is the reason, the finger needs to be pointed at the changes in education that grew out of the 1960s and the work-to-rule unionization of teachers — the public education system itself. If education is the solution, the improved product will not begin hitting the streets for years — and it will never be the result of government programs, as only the market can solve the education malaise.

Carl Menger noted in his groundbreaking work, Principles of Economics, that time is central to understanding economics. Goods of a lower order cannot be produced today unless goods of higher order are already available. One cannot simply abstract time out of plans and expect immediate and realistic results. Time must be considered before proposing solutions or pursuing ends.

The all-day Kindergarten solution is the means to satisfy some hypothetical end 25 years in the future. There is a high probability that today's education solution will not meet tomorrow's employment needs, especially when the solution is in the form of a government program and not the plans of a profit-seeking entrepreneur.

The educational and political systems do not recognize time when proposing solutions. How else can you explain the support for a program that may produce benefits decades from now; a program that is being proposed as a solution to an immediate problem? Of course there is the desire to hold power that drives humans to make fallacious statements, but I sometimes believe that many politicians and bureaucrats actually believe in their programs. The only reason for such invalid beliefs must that these individuals don't include time in their models and plans.

Programs created today that are supposed to have a future benefit are risky in the free market. Look back at entrepreneurial predictions that were proposed three decades ago and see how many hit the mark. Who predicted the internet age other than Al Gore? Despite the risks, government is always inclined to take on the long-term project that may never satisfy a need. The reason is simple, the kudos are delivered at the groundbreaking ceremony, along with the photo ops and headlines. The failures are forgotten or pinned on the other political party.

Voters go along with these ideas since they were never taught the concept of time, and how time affects economics matters. The current mainstream paradigm, the one taught in public schools and most universities, simply abstracts out the influence of time. Only the Austrian School recognizes time since the Austrians understanding of the allocation of scarce resources is not tied to static models of equilibrium; models where time has neither place nor merit.

So we are stuck with dueling gubernatorial candidates debating whose plan for all-day Kindergarten will save a rustbelt economy. Neither candidate takes into consideration the added tax dollars that must be picked from taxpayer pockets in order to fund the program. They never debit their account for all the lost economic activities that would have occurred had those dollars been allowed to be freely invested in order to satisfy real consumer wants. They only credit their account for the implementation of a program that might produce results far off in the future.

Let's settle the scores; the politicians and bureaucrats win since they claim success based on programs implemented, the children lose due to additional years in state institutions, the teachers and their unions win as more money is pumped into the sinking barge, and the taxpayer — William Graham Sumner's forgotten man — continues to pay the bill year after year.

In economics, the best solution is always boring one — simply reduce regulations and cut taxes. Everything proposed by government is a fool's errand.