GET NEWS AND ARTICLES IN YOUR INBOXPrint
A
A
Home | Mises Library | Adam Smith, Airwaves, and Argumentation 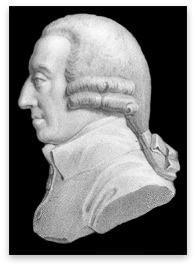 Issue 20.2 of the Journal of Libertarian Studies is even more filled than usual with revisionism and controversy! Take a look:

Roderick T. Long is a senior fellow of the Mises Institute and a professor of philosophy at Auburn University. He runs the Molinari Institute and Molinari Society. His website is Praxeology.net.