GET NEWS AND ARTICLES IN YOUR INBOXPrint
A
A
Home | Mises Library | Is "Academic Freedom" a Special Kind of Freedom?

Is "Academic Freedom" a Special Kind of Freedom? 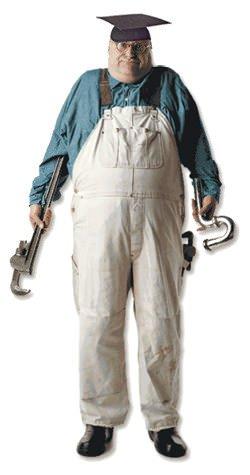 More phony-white-liberal crocodile tears have been shed over the issue of academic freedom than perhaps over any other. More academics have waxed more eloquent over it than over perhaps any other topic receiving their tender attention. In the eyes of some, it has been equated with the very basis of Western civilization. In the eyes of others, judging by their anguish, it has been equated with the Second Coming!

There is not a day that goes by that does not see the American Civil Liberties Union in a virtual state of apoplexy over some real or imagined violation of academic freedom. And all this seems pale in comparison with the gnashing of teeth and frothing at the mouth by labor unions of professional academics and teachers in this fair land of ours.

From the name itself, academic freedom would seem to be innocuous enough. All it would seem to mean would be that academics, like anyone else, should have freedom. Freedom of speech, freedom to come and go, and freedom to quit a job. The usual freedoms that everyone has.

Now this is a very special, not to say spectacular, doctrine indeed! This point may easily be proven by applying the doctrine of academic freedom to almost any other occupation. Let us consider "plumbers' freedom," for instance.

What would plumbers' freedom consist of? The right to place pipes and plumbing equipment in the position his experience had taught him was best. But suppose a customer wanted his plumbing in a place that differed from the plumber's professional, artistic, aesthetic, and other judgments as to where the plumbing should be.

The plumber is of course free not to take a job if his sensibilities are outraged. (We do not yet have forced labor in this "land of the free," except, of course, when some old men decide to force some young men to fight in a jungle 10,000 miles away and call it a draft).

But suppose he demands not simply the right to refuse the job, but the right to take the job and to do it his way. If there were any "plumbers' freedom" analogous to the way "academic freedom" is run, he would have just that right! He would have the right to say that when his professional competence is at odds with the desires of the customer, his views should prevail. The customer is not always right, it would seem.

It will be objected by the academic-freedom lovers that there are great differences between plumbers' freedom and academic freedom and that therefore only the latter is justified. There are several differences. Let us, however, examine them to see if they amount to much.

One alleged difference between plumbers and academics is that plumbers usually rent their services directly to the customer, while the academician rents his services to the customer (students, or parents of students) through an intermediary — the university. But the problem with this objection is that it is by no means or immediately obvious why this should make a difference, or is indeed relevant at all.

Secondly, although they are perhaps in a minority, there are many plumbers who do not work directly for the customer, but rather work through an intermediary plumbing firm; and there are likewise many academics who work directly for customers as tutors. In any case, we can consider these two cases and see if "vocational freedom" makes any more sense here than in the usual cases.

Plumbers' freedom makes no more sense in the case of an employed plumber than in the case of a self-employed one. Plumbers' freedom would mean that the employee of a plumbing firm would be free of any job requirements placed upon him by either the owner of the plumbing firm or by the customer. Since the firm serves as an agent of the customer, the employee's plumbing "professionalism" would prevail over the desires of the customers. Any employee could refuse to work on a big construction job if the plumbing specifications were not to his "professional" liking. And of course he could not be fired, for such a firing would violate his "plumbers' freedom."

Likewise, academic freedom makes no more sense in the case of an academic tutor working directly for the customer than it does in the case of an academic serving the consumer indirectly through the intermediation of a university. Such "academic freedom" would mean that the tutor would be entirely in charge of determining the way the lesson would be taught, and that as long as the tutor stuck to the subject matter for which he was hired, he could not be fired by the student.

This is such an unexpected conclusion that it bears repeating, even though it follows directly from the logic of how academic freedom works in the university context: If a tutor working for a customer-student has what in the university context passes for "academic freedom," he could not be fired from that position for merely exercising his "professionalism" in a way that displeases his student-employer. The only grounds that exist for firing someone with complete rights of "academic freedom" would be gross violations of the law or professional incompetence. He could not be fired by the student over a "mere" disagreement over a substantive issue concerning the subject matter.

Another alleged difference between plumbers and academics (alleged, let me hasten to add, by academics, not plumbers) is that the academic vocation, but not the nonacademic ones, require free inquiry, untrammeled rights of expression, and the right to pursue their thoughts wherever their intellects shall lead them.

What can one say of this arrant nonsense, except that it is probably more indicative of maniacal, religious elitism than anything else? Perhaps the plumbers could reply with the old aphorism that "Those who can, do, while those who cannot, teach."

This reply would be just as relevant to the question at hand. For we are not dealing with the question of how onerous or intellectual the various vocational pursuits are. We are dealing with the propriety of "vocational freedom" in protecting the supposed right to a job as long as certain formalistic job requirements are fulfilled regardless of the wishes and desires of customers and employers.

Even if we accept this elitist allegation on the part of the academics on its own grounds, it still opens up a can of worms for academic-freedom lovers. For if we accept the view that intellectual professions should have the protection of "vocational freedom" we still have to deal with "doctors' freedom," "lawyers' freedom," "chemists freedom," "musicians' freedom," "artists' freedom" and so on, in mind-boggling array.

Considering the way "academic freedom" operates, one would be hard-pressed to deny these conclusions. One shudders to contemplate what "chemists' and lawyers freedom" would entail. To say nothing of "politicians' freedom."

And if we reject this academic elitism, the panorama is vastly widened. It now would include "taxi drivers' freedom," where the taxi drivers go where they want to go and you pay for it; "baby-sitters' freedom" where the baby sitter decides when baby goes to sleep. And so on.

If we reject intellectual elitism, we find it harder to see just why plumbers, carpenters, tradesmen, etc., should not also have "vocational freedom." Why after all, should "vocational freedom" be reserved to only the teachers of these disciplines? If the vocation is so deserving that the teachers of it must be protected by "freedom," then surely the practitioners must be likewise protected. And if the practitioners are not deserving of the "freedom" not to be fired, then how can the teachers merit such treatment?

What we are dealing with here under the question of "academic freedom" is nothing less than a disguised attack on the very right of individuals to freely contract with one another. It is a denial of the sanctity of contract. It is a denial of the rights of individuals to make contracts with one another that do not include clauses stipulating "rights" of "academic freedom." In its effects it resembles nothing so much as the medieval guild system, in its restrictions, protectionism, and fostering of a caste system.

"Academic freedom" may be defended on the ground that it is perhaps the only device by which control over the educational system in this country may be wrested away, at least in part, from the ruling class, or power elite which now controls it. To substantiate this claim would take us too far afield. (The interested reader is referred to The Higher Circles by G. William Dornhoff.)

But this is no reason to continue to obfuscate the issue of academic freedom. Academic freedom, as such, is fraud and theft, because it denies individuals the right of free and voluntary contracts.

That it can also be used for good ends should occasion no surprise. Throwing rocks at people is also an illegitimate activity. Yet David could hardly have slain Goliath by eschewing this practice.

Walter Block wrote this article under the name Peter Sherman. It originally appeared in The Libertarian Forum, June/July 1972, pp. 7–8.