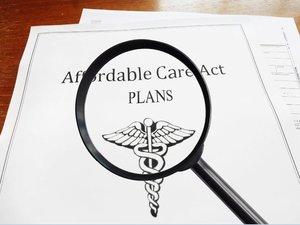 The term “managed care” entered the common lexicon in the 1990s, when contracted arrangements between physicians and hospitals on the one hand, and insurance entities on the other, became standard means to try to control healthcare expenditures. The origin of the concept is frequently credited to Dr. Paul Ellwood and his influential Jackson Hole Group, who introduced the idea in the early 1970s.

But in my 2-part series on the economic history of American medicine, I examined how healthcare has been “managed” from its inception in the late 1910s, when the Flexnerian reforms and the ensuing medical licensing laws began to influence (and limit) the type of medical care Americans could choose to receive.

Since that time, an ever-growing managerial class of academics, industry leaders, technocrats, and private foundation believers in “systems” and in a “scientific” approach to organizing society has been guiding the various government interventions which have shaped American healthcare as we know it today.

And if we take the Flexnerian reforms of the mid-1910s to be the very first set of interventions giving birth to the system, then the history of American healthcare as it subsequently unfolded is a stark illustration of what economist Ludwig von Mises described in his 1950 essay “Middle-of-the-Road Policy Leads to Socialism.”

In that essay, Mises argued that when the government hopes to avoid the extremes of pure capitalism and pure socialism, and chooses instead to selectively intervene in a sector of the economy to address a “market failure,” it will either fall short of its intended goal or generate new, unanticipated difficulties that are invariably greater than the ones initially confronted. The reason for the failure has to do with an intrinsic deficiency in knowledge, as proposed by Hayek and Mises, to the inability of government to assume entrepreneurial risk, and to other relevant factors as well (political incentives and bureaucratic inertia, for example).

By the time the failures and unintended consequences of the government intervention are recognized, many interests have become vested in keeping the status quo. As a result, the intervention is almost never reversed, but additional government measures are proposed instead. As these generate their own unexpected problems, repeated cycles of intervention in due time bring the sector more and more under the control of government.

That scenario seems to have played out in healthcare over the last 100 years, and the history of our medical system could reasonably be described as a “Misesian” tragedy in five acts as follows:

Act One was the institution of licensing laws favoring the AMA-led “scientific” care, ostensibly to improve the quality of medical education. Consequent to these laws were an acute shortage of physicians, an incentivization for more aggressive medical care, an unprecedented increase in medical prices, and a worsening of healthcare access inequalities.

Act Two took place after the Great Depression deflated that first healthcare bubble. A set of legal interventions was engineered to facilitate the establishment of health insurance and “rescue” the medical institutions which had invested in excess hospital capacity during the boom years. Consequent to these legal measures was a second wave of medical price inflation due principally to an underestimation of “moral hazard.” With this increase in prices, health access inequalities separating those holding health insurance from those without it increased.

Act Three was the establishment of government insurance programs to provide coverage for those most disenfranchised by the rapid expansion of employer-based health insurance, namely the elderly and the poor.

Consequent to the government provision of insurance was an astronomical rise in medical prices, again due to moral hazard among an elderly population naturally more prone to utilizing medical resources. This tremendous price inflation affected all aspects of the economy, but harmed the federal budget in particular and caused an ever increasing portion of GDP to be devoted to healthcare.

Act Four was the enactment of various legislations, from the Health Maintenance Organization Act signed under Nixon in 1973 to the HITECH Act of 2009, aimed at controlling costs by fixing prices and reducing utilization of healthcare by a variety of bureaucratic measures.

Consequent to that legislative spree, a consolidation of the healthcare industry occurred, with hospitals, private health insurers, and physician practices each merging into ever larger entities. As a result, the attempts at price controls were wholly ineffective, but the trend of consolidation also made the healthcare system much less responsive to the needs of patients. Patient discontent grew, and professional dissatisfaction among doctors and health professionals also emerged.

Act Five is being played out as we speak. To address the medical price inflation crisis, the Affordable Care Act of 2010 is forcibly extending health insurance to the entire population and introducing a number of provisions to try to control costs. To deal with a notable deterioration in healthcare quality (traced back, at least in part, to a variety of systemic disruptions in care), physicians are spurred into becoming employees of “accountable care organizations” or other large administrative entities that can mirror or adapt to the bureaucratic demands of the government.

Meanwhile, the private insurance industry is reduced to a small oligarchy which, given important new restrictions imposed on its business model, may not survive in the same capacity in the next few years.

Admittedly, the outcome that will follow the current stage of evolution remains to be seen. Will it really lead to total government control (Mises’s essay did not deem that to be inevitable), or will a private healthcare sector remain in operation? Will there be an unexpected good ending, or will the system collapse under the weight of its debt?

Only time will tell, but we may be reminded that according to historian Andrew Feffer, the notion that social and political affairs ought to be managed with “scientific” rigor and systemic planning is actually a hallmark of the American Progressive movement at the turn of the last century.

In that case, and to the extent that some of the country’s brightest managerial talent are to this day seduced into concocting for us policy “solutions” to the problems at hand, it may be appropriate to view the American healthcare system, at least as it stands today, not only as a tragedy, but as a real triumph of Progressivism.

Hormetics: A Principle of Health and Fitness, with Charlie Deist

How do we identify good nutritional and exercise habits? Amongst the myriad of fads, what rules should guide one’s...