GET NEWS AND ARTICLES IN YOUR INBOXPrint
A
A
Home | Wire | Wine, Art, and Ferraris: The Bubble in Luxury Goods

Wine, Art, and Ferraris: The Bubble in Luxury Goods

Credit-fueled bubbles generally have a wide-ranging effect on the economy, but might all this just be a sign of sustainable economic growth?

Plus, there are tidbits of information that clearly hint that an artificial bubble is upon us.

These three tidbits rest on the Austrian theory that cheap credit not only causes the business cycle and price inflation, but that it also causes a distortion in incomes. Cheap credit is good for the wealthy and high income earners who have collateral and easy access to credit at financial institutions. They also benefit from the resulting higher prices for stock, bonds, land, etc. However, workers in the low and middle income groups, who do not have much collateral or high credit scores, have little access to the cheap credit. They cannot participate in the boom and are harmed by higher prices for things such as houses. This phenomenon of cheap credit benefiting the rich and harming the poor is referred to as the Cantillon effect.

The price of high-end wines would appear to be in a bubble. Liv-Ex: The Fine Wine Market has several indexes of high priced wine. Most of their indices are at or near all-time highs. The Liv-ex Fine Wine 1000 index tracks 1,000 wines from across the world. This index has doubled since the financial crisis that followed the housing bubble. This is an indication that the highest income people are bidding up the price of fine wine which has an inelastic supply.

A wine related anecdote from the recent past comes from a friend who worked for an auction house. A Chinese bidder won an auction for a case of very fine wine for several thousand dollars above the highest estimate. This winning bidder asked if the auction house could store the wine because he was planning on auctioning it off at a later date. I can tell you that it is hard to turn a profit by flipping at auction because both buyer and seller pay a fee of about 25 percent each on the selling price.

Another area that becomes inflated in a bubble is the art market. Modern and contemporary art has been selling for record amounts. Paintings by “hot,” but relatively unknown artists are also skyrocketing in price. This is all reflected in the value of the major auction firms, such as Christie’s and Sotheby’s. The stock price of Sotheby’s had accurately marked — peaked — at the highest point of the dot-com bubble in 2000 and the housing bubble in 2007. The stock price is approaching the $54 peak reached in 2007.

It is important to note that the markets for wine and art are not increasing across the board. Lower priced wine and art have generally not increased in price and may have even decreased a little. It is the ultra wealthy that are driving up the high end of these markets. 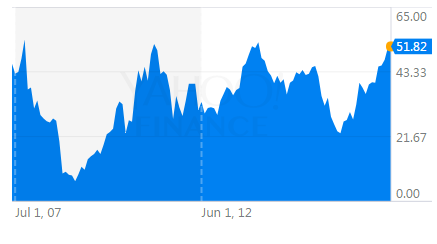 A similar phenomenon can be seen in the market for vehicles. Sales of cars and light trucks have been strong the last few years, with trucks gaining market share at the expense of cars. However, the overall market has been drifting lower over the last year and a half, but that is not true of all sectors. Nine brands are up by more than double digits over the last year. They include Alfa Romeo, Bentley, Ferrari, Jaguar, Maserati, Porsche, Rolls Royce, Tesla, and Volvo. There are 12 standard brands that have seen declines in sales and about a half a dozen brands with small percentage gains, mostly luxury oriented brands.

These tidbits clearly indicate the presence of the Cantillon effect. Austrian economists are often criticized for attacking the use of aggregate statistics, but in this case you can see that taking a look under the hood can be very illuminating.

Mark Thornton explains why there's nothing natural, real, or sustainable about the current Yellen boom.

Ryan McMaken is a senior editor at the Mises Institute. Send him your article submissions for the Mises Wire...