GET NEWS AND ARTICLES IN YOUR INBOXPrint
A
A
Home | Wire | The Trump Budget: Real Cuts vs. the Media Version of "Cuts"

The Trump Budget: Real Cuts vs. the Media Version of "Cuts"

With the discussion over the Trump budget this week, there's lots of talk of cuts, but it's important to remember that there are absolutely no cuts whatsoever in the actual amount of money the government plans to spend.

According to the Trump plan, there is a slight decrease in total spending increase compared to what had been planned in the baseline budget. Trump wants to increase spending by 16 percent from 2016 to 2020, while the baseline assumed a 20 percent increase. (See page 35.) Trump plans to increase outlays from from $3.8 trillion to $4.4 trillion, from now until 2020.

That's great and all — I'll believe it when I see it — but let's not be fooled into thinking there's anything going on here that might be called a "cut."

Meanwhile, of course, the federal government will continue to rack up huge deficits adding to the enormous national debt.

To make this look less bad, the Trump administration has invented revenue numbers out of thin air that the administration claims will reduce the annual budget deficit to zero dollars ten years from now — in 2027.

This not only assumes continued robust tax collections — even though tax revenue recently hit an 80-month low — but also assumes there will be no recession in the United State for another decade.

Good luck with that.

Naturally, one should completely ignore any budget cut that the feds say will happen ten years from now.

To be fair, when the media and the administration talk about cuts, they are often talking about specific components of the budget, and not the budget overall. 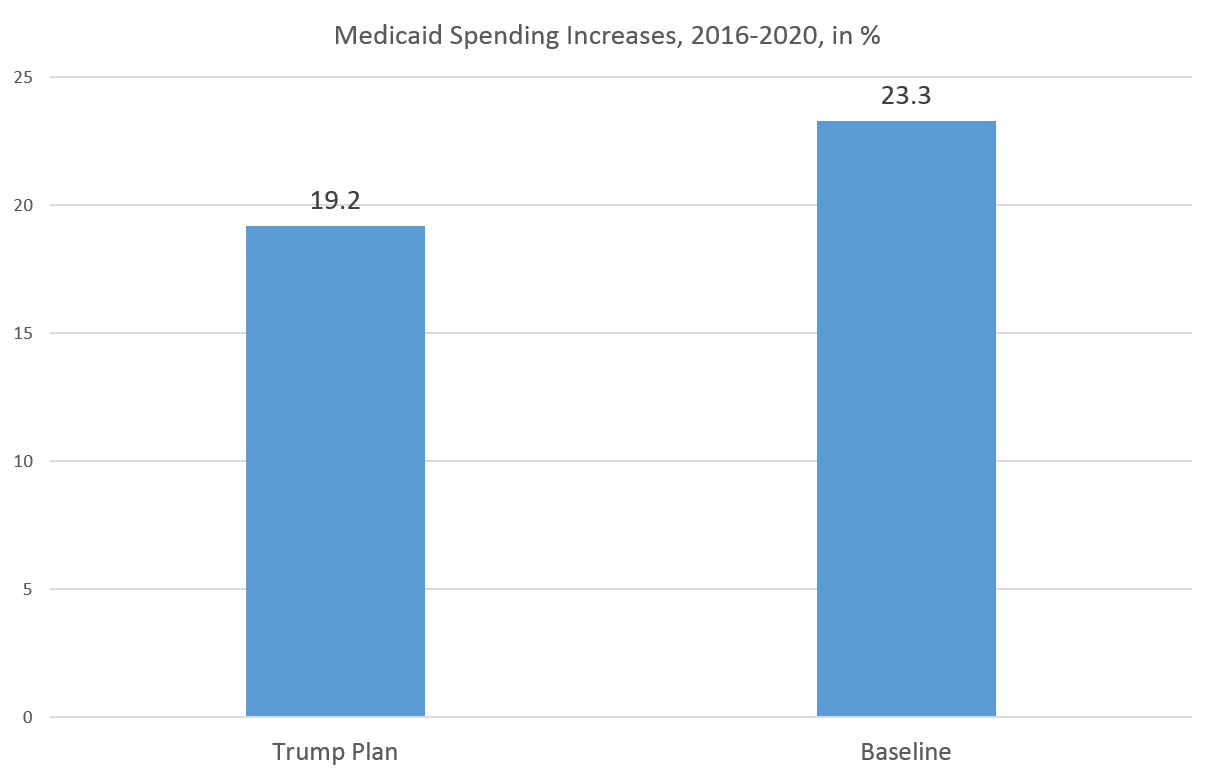 What they really mean by cuts is this: the Trump administration proposes to increase Medicaid funding by less than what had been proposed earlier in the "baseline" report. In the baseline, Medicaid was supposed to increase by 23 percent from 2016 to 2020. If Trump gets his way with his new budget (which he won't) Medicaid will "only" increase by 19 percent.

Keep in mind this is all hypothetical planning for the future. And, of course, by no definition whatsoever is Medicaid being cut. The budgeted amounts will all increase from 2016 to 2020, and on into the future. 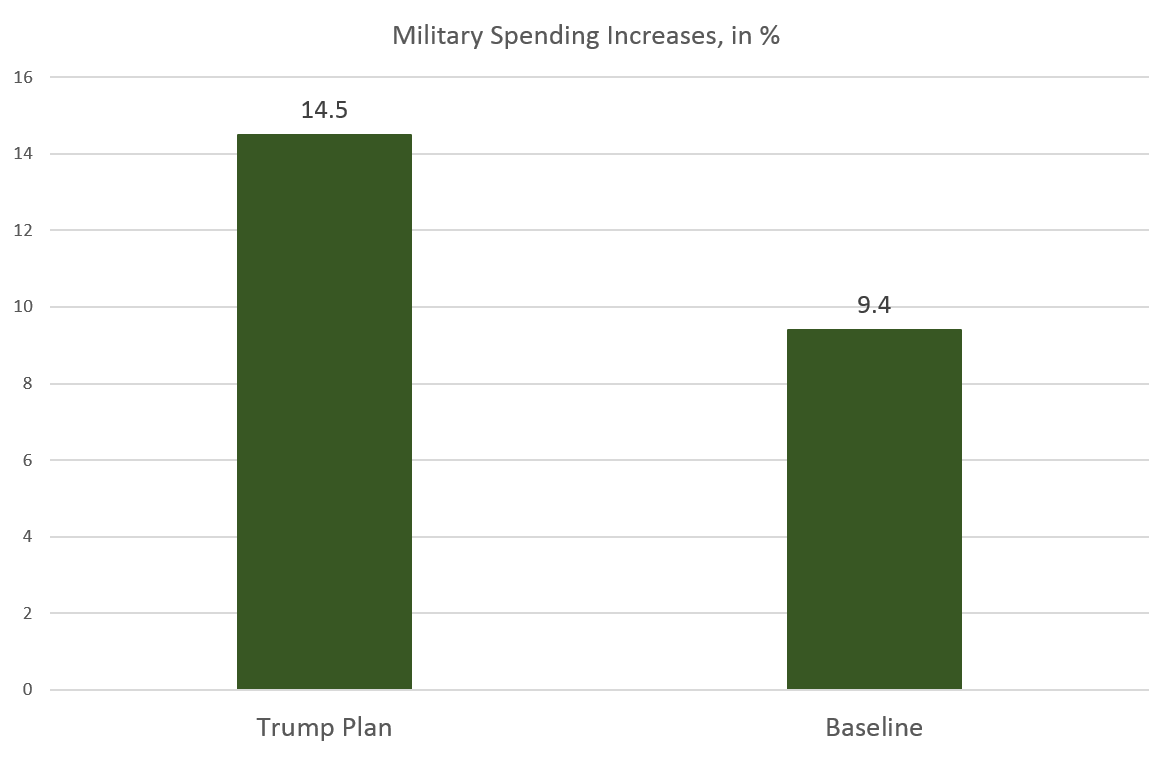 Trump does propose to do some actual cuts in minor programs.

Between Medicare, Social Security, and the military, we're looking at about 58 percent of the total federal budget as it was in 2015. We see that Trump wants no cuts there at all. The largest chunk of spending outside this 58 percent is Medicaid, which we also see will increase by 19 percent.

Real-life cuts are proposed on poverty relief (such as TANF) and other less-famous programs. These actual cuts must happen to the Trump administration spend more on the military without sizable growth in the total budget figures.

The Trump plan is, essentially, just a reshuffling of the huge budget to favor certain interest groups, without doing anything at all to actually confront the massive liabilities in the nation's largest entitlement programs. That can will be kicked down the road yet again.

Nevertheless, if there were any chance of this budget being accepted by Congress, it would represent a tiny bit of progress in the areas of discretionary spending.

Unfortunately, what's more likely to happen is that, instead of any actual cuts, every interest group will just get more of what it wants. Congress will forget about any of the cuts Trump wants, but will also give him most of the spending increases he wants. This will grow the overall budget.

This is what we call "business as usual" in Washington.