Jeffrey Peshut at RealForecasts.com has composed several very illuminating graphs based on the Rothbard-Salerno True Money Supply (TMS). In one graph Peshut shows the collapse of the growth rate of TMS beginning at the end of 2016, which was caused by the Fed beginning to raise the fed funds target rate at the end of the preceding year. What is of great interest is that the recent deceleration of monetary growth (the second red arrow) almost exactly matches in extent and rapidity the monetary deceleration (the first red arrow) that immediately preceded the financial crisis of 2007-2008.

RELATED: "Money-Supply Growth Near a Ten-Year Low As Lending Slows" by Ryan McMaken

The Fed recently reaffirmed its commitment to increasing the fed funds rate three more times in 2018 and has just begun its program of shrinking its balance sheet by a cumulative total of $450 billion by the end of 2018. Given these circumstances, I am inclined to agree with Peshut’s conclusion:

“it’s easy to see that the growth of TMS could grind to a halt and even begin to contract later this year.”

With equity prices heading back toward historic highs after the January “correction” and housing prices bubbling to an all time high in major markets, the suppression of the TMS growth rate, if it is sustained for the rest of the year, portends another credit crisis and housing bust, followed by an economic recession for the U.S. economy. As Peshut’s graph below indicates the qualitative relationship between TMS growth, credit crisis, and recession has been remarkably clear since 1978. Of course, this empirical relationship should not surprise us, because it is nothing but an illustration of the Austrian theory of the business cycle. 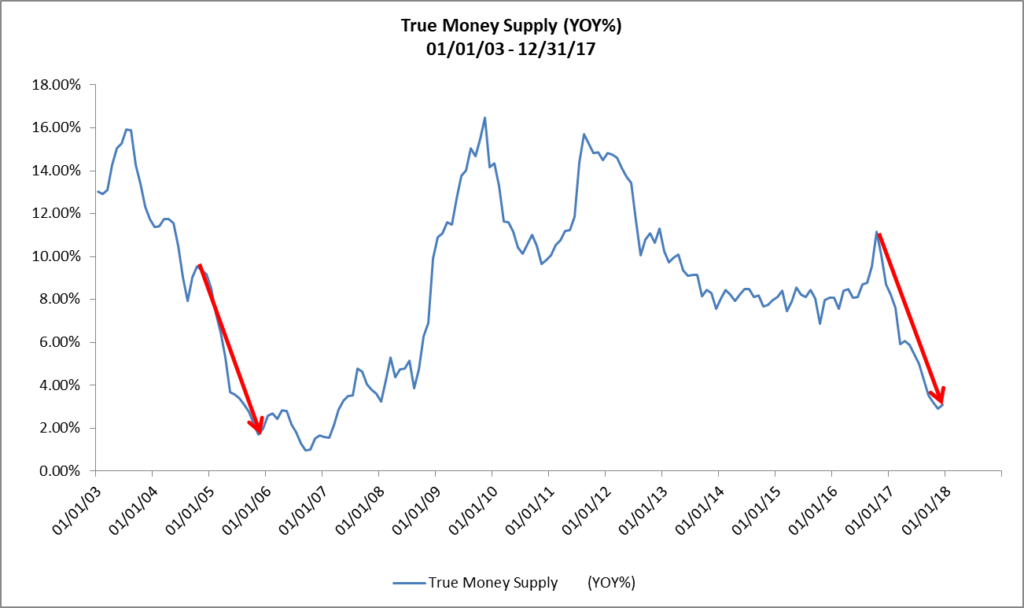 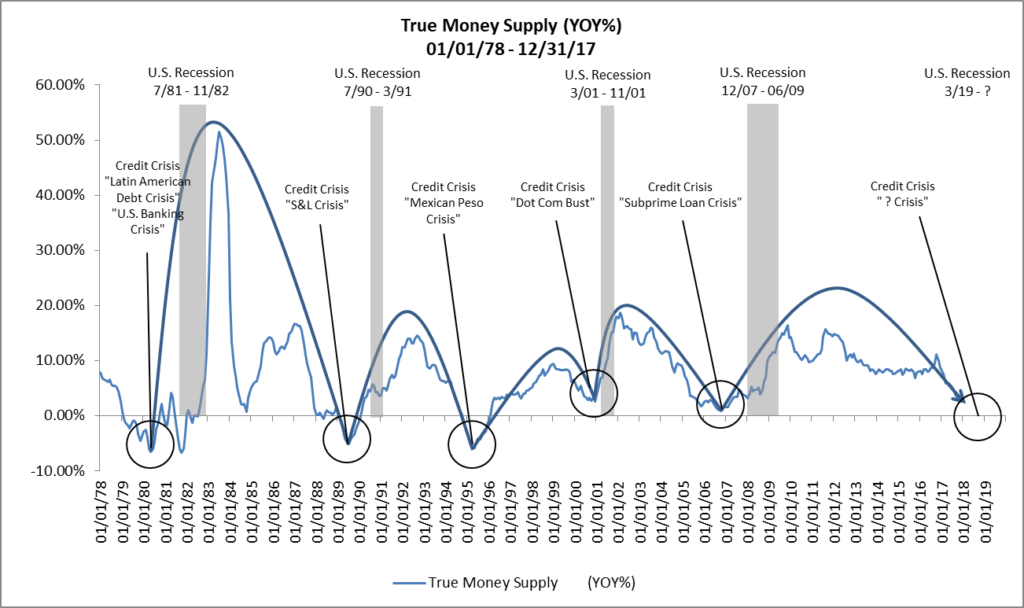