Tax cuts are great when they are actually tax cuts. In a system with a central bank, though, tax cuts are never tax cuts if there are no spending cuts to accompany them. This is because tax cuts without spending cuts simply mean more deficit spending.

Unfortunately, it is clear that under Trump the federal government has every intention of spending as it always has. Indeed, the Trump administration plans to spend even more than its predecessors by raising military spending without making any sizable cuts to any other program.

So what does it mean if the government plans to spend more but says it will cut its revenue via tax cuts? It means there will be more deficit spending. And, contrary to what Dick Cheney may think, deficits do matter, and they mean higher costs for many millions of Americans.

If we define a "tax" as a cost imposed on Americans by the government, then Trump's tax cuts will do nothing to lower these costs, and will only increase them in at least three ways:

Let's look at each effect in more detail.

Even without a central bank to monetize the debt, more borrowing means more taxes. It just means the tax bill has been pushed out into the future.

For example, in fiscal year 2015, 6 percent of the federal budget went to paying interest on debt. That's about $221 billion, or more than one-fourth of the entire defense budget. 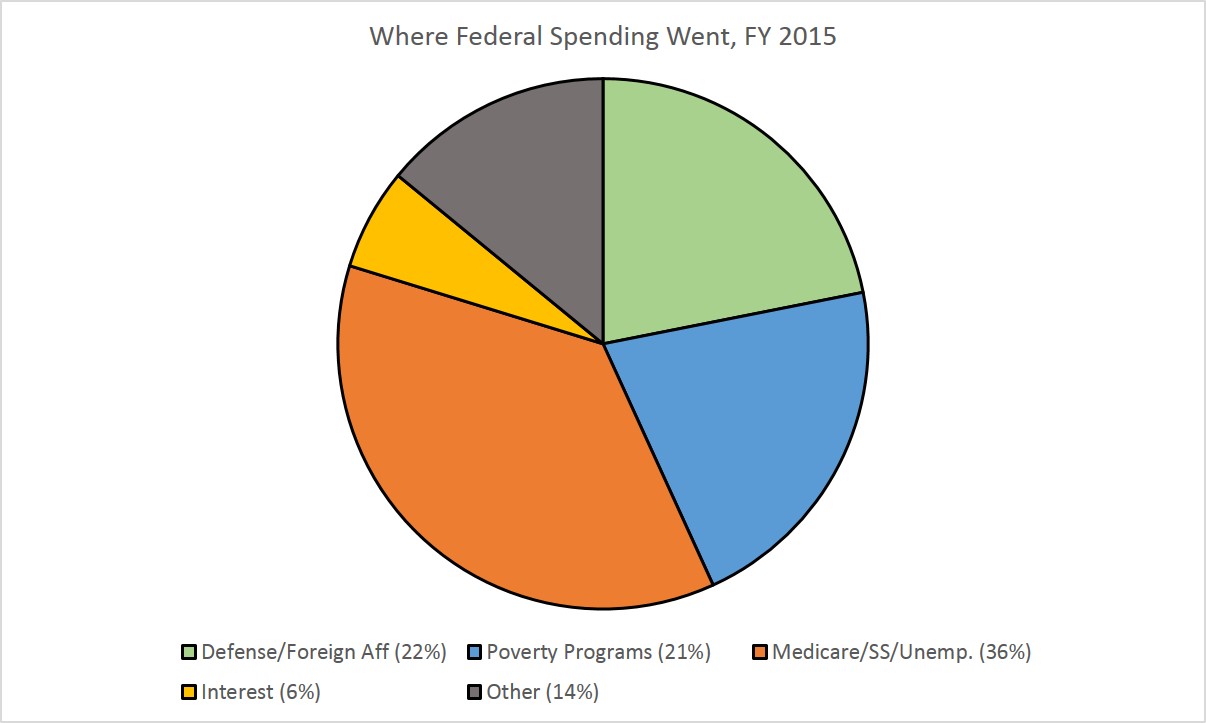 Moreover, the constant flooding of the market with government bonds entices investors away from private sector investments and moves them toward government debt instead. Since governments have the power to tax, government debt is often more attractive than private debt.

As a result, it becomes more difficult for small businesses and other private enterprises to find investors and to fund private projects. This can still be done, of course, but private businesses must offer higher returns to compete with government bonds.

Thanks to deficit spending, there's less private sector investment to go around.

Now, some people may look at that $221 billion paid out in interest on debts and say "hey, it's only 6 percent of the budget, and that's no big deal given the low interest rates paid on government debt."

But here's the rub: debt service is only 6 percent of the budget because the central bank is pursuing "accommodative" monetary policy to push down interest rates.

Since 2009, the Federal Reserve's balance sheet has swelled to enormous levels, which increases demand for government debt, and thus lowers the interest totals that the government must pay. And where does the Fed get the money to buy up all these assets? In many cases, it simply creates new money. Then, when the Fed buys assets — including government debt — that money enters the economy and drives up prices. In recent years, the resulting price inflation has been found in assets such as real estate and stocks. In many cases, we see prices remain stable when they would otherwise be falling.

Thus, most holders of US dollars see prices rise as the value of their dollars shrink. Don't like rent growth of 10 percent per year? Are you priced out of the housing market? Thank — in part — the Fed's monetization of the debt.

And there's another reason the central bank wants to keep buying assets with new money: what would happen if the central bank sold off its assets and allowed the interest rates on government debt to rise?

The total amount of the federal budget going to debt payments would rise, and we'd be looking at a debt bill totaling far more than 6 percent of the budget. In response, Congress would most likely have to cut entitlement spending, military spending, and other payouts to friends. And nobody in Washington wants that.

And finally, there is the problem of the government spending itself.

But that's never been true since the very act of government spending distorts the economy, drives up prices, and creates unnecessary scarcity.

Murray Rothbard explained the problem with government spending in Man, Economy, and State:

There has also been a great amount of useless controversy about which activity of government imposes the burden on the private sector: taxation or government spending. It is actually futile to separate them, since they are both stages in the same process of burden and redistribution...

[S]uppose the government taxes the betel-nut industry one million dollars in order to buy paper for government bureaus. One million dollars’ worth of resources are shifted from betel nuts to paper. This is done in two stages, a sort of one-two punch at the free market: first, the betel-nut industry is made poorer by taking away its money; then, the government uses this money to take paper out of the market for its own use, thus extracting resources in the second stage. Both sides of the process are a burden. In a sense, the betel-nut industry is compelled to pay for the extraction of paper from society; at least, it bears the immediate brunt of payment. However, even without yet considering the “partial equilibrium” problem of how or whether such taxes are “shifted” by the betel-nut industry onto other shoulders, we should also note that it is not the only one to pay; the consumers of paper certainly pay by finding paper prices raised to them.

What Rothbard is saying here is that every time the government buys something with money looted from the taxpayers, it necessarily drives up the prices of those goods, and prevents those resources from being used by the private sector for private purposes. So, every time the government buys a gun or an airplane, it makes guns and airplanes more expensive for the private sectors, as well as all the factors that go into producing those goods. Needless to say, in addition to driving up prices, the government is also distorting the economy, as well as choosing winners (government employees, contractors, and suppliers) and losers (those not favored by the government). Whole industries — ones that were valued and profitable before the government got involved — can be destroyed in this manner; and the livelihoods of people with them.

And, of course, goods and services that are subsidized by government spending experience inflated prices as well. We need look no further than health care and higher education to see this in action.

So, when the Trump administration proposes to keep increasing government spending while cutting taxes, This only means he's in favor of spreading around the costs of government in a different way. The costs themselves — i.e., the taxation in the form of money printing, price inflation, and debt payments — aren't going anywhere. In fact, these costs are likely to only get bigger if Trump succeeds with his tax plan.