GET NEWS AND ARTICLES IN YOUR INBOXPrint
A
A
Home | Wire | If the UK Economy Tanks, Don’t Blame Brexit

Last Thursday, the people of Britain voted in a referendum to leave the European Union (EU). Most commentators view Britain’s exit (“Brexit”) from the European Union as bad news for economic growth in the UK and the eurozone. As a result, it is argued, the growth rate in the rest of the world will be also badly affected.

It is more likely that, whether the pace of real economic growth over time will weaken or strengthen is going to be set by the pace of expansion in the pool of real wealth.

The key for this is an ongoing allocation of some portions of real wealth toward the formation of capital goods (i.e., the enhancement and the expansion of the infrastructure).

Now, if real wealth were to be directed toward the production of final goods and services only — while an inadequate amount is allocated toward the expansion and the enhancement of the infrastructure — this will amount to a consumption of capital.

Over time this is going to undermine the economy’s ability to pursue rising economic growth. In fact a prolonged neglect to allocate a sufficient amount of wealth toward the enhancement and the expansion of the infrastructure is likely to result in a stagnant or even in a declining pool of real wealth over time. This means stagnant or declining real economic growth — a fall in people’s living standard.

How Will Brexit Affect the Wealth Generation Process?

If the process of wealth generation is currently in good shape then Britain’s exit from the EU shouldn’t have any negative effect on real economic growth. This, however, might not be the case.

It is likely that the reckless monetary policy of central banks in the UK and the eurozone has inflicted a severe damage to the process of real wealth formation.

Since the 2008 financial crisis, following the lead of the US central bank, the central banks in the UK and the eurozone have aggressively lowered interest rates and pushed monetary liquidity to the banking system. 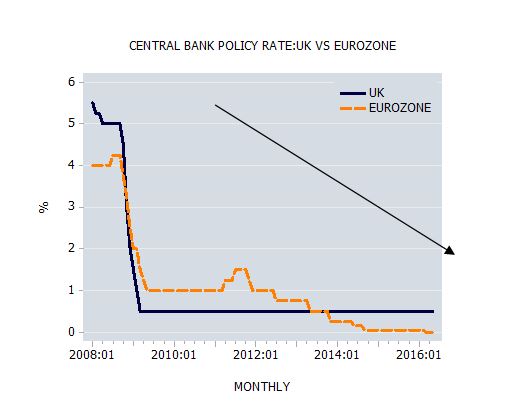 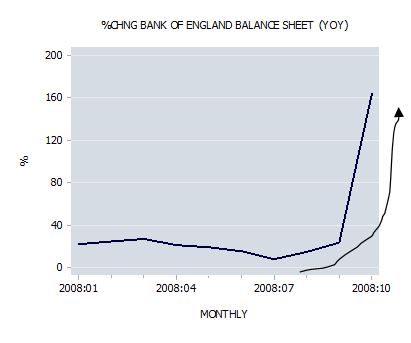 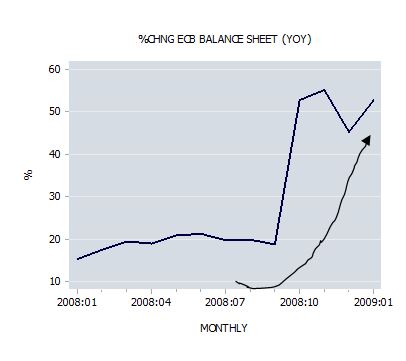 We suggest that in the event of a plunge in real economic growth, this is going to happen not on account of the Brexit but in response to the severe damage that previous reckless monetary policies have inflicted to the process of real wealth formation.

In response to the Brexit, it is also highly likely that both the UK and the eurozone central banks will be ready to push more money in order to “keep” real economic growth going, thereby inflicting further damage to the wealth generating process.

Also, the current highly regulated EU centralized economic framework is restrictive toward opening up markets, promoting free trade and ultimately economic growth. In this respect BREXIT, which is an act of decentralization will provide more scope for competitive markets and hence should be an agent for economic growth.

The popular way of thinking assesses economic growth in terms of so called real GDP. I have noted elsewhere that the whole concept of GDP is a hollow one. 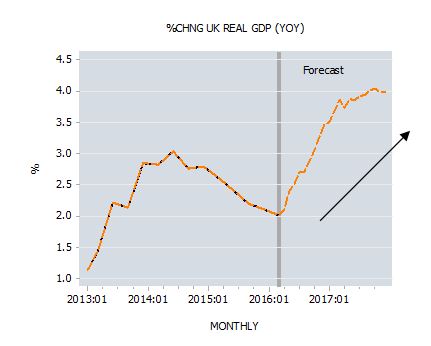 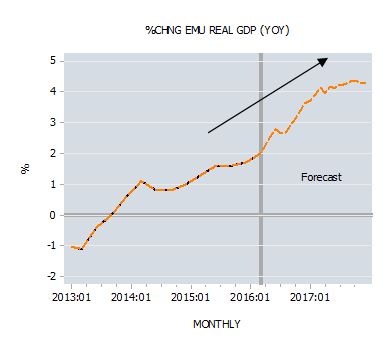 We can thus conclude that based on the lagged money supply growth rate it is quite likely that we could have a strengthening in the growth momentum of real GDP in both the UK and the eurozone.

In terms of true real economic growth the likely acceleration in the monetary pumping by central banks is going to undermine further the process of real wealth formation.

As long as the pool of real wealth is still holding, central bank policymakers could get away with the myth that they can grow the economy. Once the pool starts to stagnate or to decline, the myth that central banks can grow an economy is shattered.

One could only hope that notwithstanding central banks damaging policies wealth generators could keep the pool of wealth growing.

Why Friedman Was Wrong About Booms and Busts

Central banks are in a loop of repeatedly intervening to "fix" the problems caused by earlier central-bank interventions. The result will only  be recurring busts.

Shrinkflation, Inflation’s Sneaky Cousin, Is on the Rise

We've all hear the reports of inflation by now, but what about the shrinkflation going on?

Even during their most bloody and repressive years, progressives praised Mao's China, Cuba, and the USSR, because they offered "free" healthcare. Progressives are simply uninterested in any argument in favor of private healthcare.

The present Trudeau administration has continued straining economic relations with the western provinces. And the government’s tough lockdowns have heightened polarization in Canadian politics,

Secession and the Production of Defense

Jörg Guido Hülsmann examines the economics of guerrilla warfare and how secessionist movements can succeed against a larger state.

Sound Money versus Fiat Money: Effects on the Boom-Bust Cycle

An increase in the supply of money does not necessarily cause the boom-bust cycle. It is only when more money is...