US real Gross Domestic Product (GDP) rose at a 0.5% annualized in Q1 after a 1.4% increase in Q4. This was below the 0.7% median projection in a Bloomberg survey.

The yearly growth rate of GDP eased to 1.9% in Q1 from 2% in the previous quarter.

A declining trend in the momentum growth of AMS (our monetary measure for the US) since October 2011 continues to undermine various bubble activities and hence the growth rate of GDP. 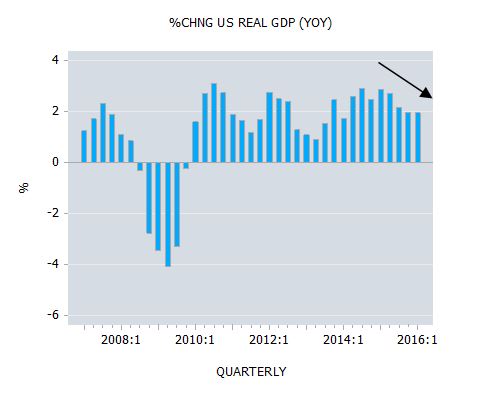 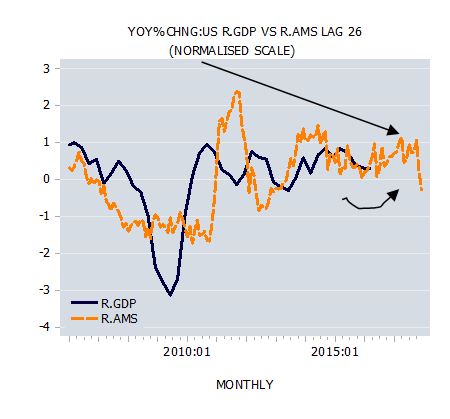 Also, Gross Output (GO) shows a visible softening. This measure is the total value of sales i.e. total turnover, which includes the value of intermediate goods used up in production.

Contrary to GDP, which deals only with final goods and services, GO covers all the stages of the production of goods. (Needless to say that neither GDP nor GO are addressing the issue of the misallocation of resources on account of the Fed’s monetary policies).

I estimate that in Q1, GO stood at $32.8 trillion. In comparison GDP amounted to $18.2 trillion. Note that in the framework of GO, personal consumption expenditure is not the key driving force of economic activity as the popular economics has it.

The consumption expenditure is only 38% of GO.

Based on the lagged momentum growth of AMS, the yearly growth rate of GO is unlikely to display spectacular performance in the months ahead. 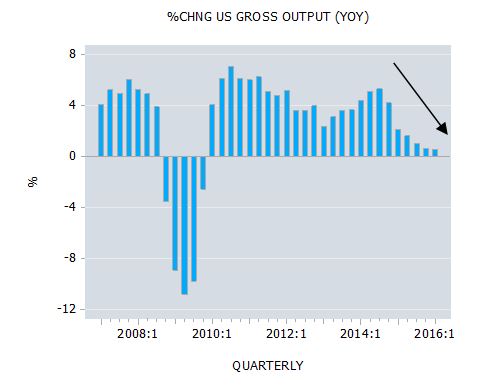 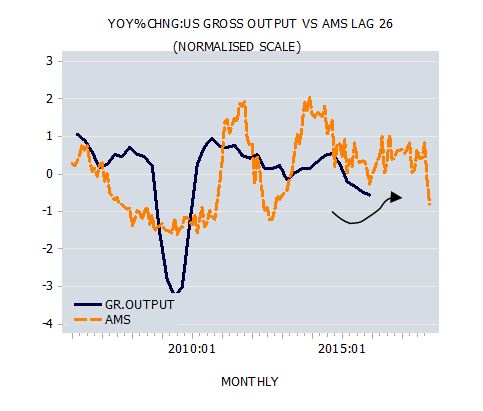 In a free market, short-term and long-term rates would move toward convergence. Fed interference with interest rates...

Can Increases in the Supply of Gold Lead to Boom-Bust Cycles?

While an increase in the supply of gold money would lead to higher consumer prices, such increases in the gold...