Students are running out of reasons to pursue higher education. Here are four trends documented in recent articles:

Graduates have little to no improvement in critical thinking skills

The Wall Street Journal reported on the troubling results of the College Learning Assessment Plus test (CLA+), administered in over 200 colleges across the US.

According to the WSJ, “At more than half of schools, at least a third of seniors were unable to make a cohesive argument, assess the quality of evidence in a document or interpret data in a table”. The outcomes were the worst in large, flagship schools: “At some of the most prestigious flagship universities, test results indicate the average graduate shows little or no improvement in critical thinking over four years.”

There is extensive literature on two mechanisms by which college graduates earn higher wages: actually learning new skills or by merely holding a degree for the world to see (signaling). The CLA+ results indicate that many students aren’t really learning valuable skills in college.

As these graduates enter the workforce and reveal that they do not have the required skills to excel in their jobs, employers are beginning to discount the degree signal as well. Google, for example, doesn’t care if potential hires have a college degree. They look past academic credentials for other characteristics that better predict job performance.

Shouting matches have invaded campuses across the country

It seems that developing critical thinking skills has taken a backseat to shouting matches in many US colleges. At Evergreen State College in Washington, student protests have hijacked classrooms and administration. Protesters took over the administration offices last month, and have disrupted classes as well. It has come to the point where enrollment has fallen so dramatically that government funding is now on the line.

The chaos at Evergreen resulted in “anonymous threats of mass murder, resulting in the campus being closed for three days.” One wonders if some of these students are just trying to get out of class work and studying by staging a campus takeover in the name of identity politics and thinly-veiled racism.

The shouting match epidemic hit Auburn University last semester when certain alt-right and Antifa groups (who are more similar than either side would admit) came from out of town to stir up trouble. Neither outside group offered anything of substance for discourse, just empty platitudes and shouting. I was happy to see that the general response from Auburn students was to mock both sides or to ignore the event altogether. Perhaps the Auburn Young Americans for Liberty group chose the best course of action: hosting a concert elsewhere on campus to pull attention and attendance away from both groups of loud but empty-headed out-of-towners. Of the students who chose not to ignore the event, my favorite Auburn student response was a guy dressed as a carrot holding a sign that read, “I Don’t CARROT ALL About Your Outrage.” 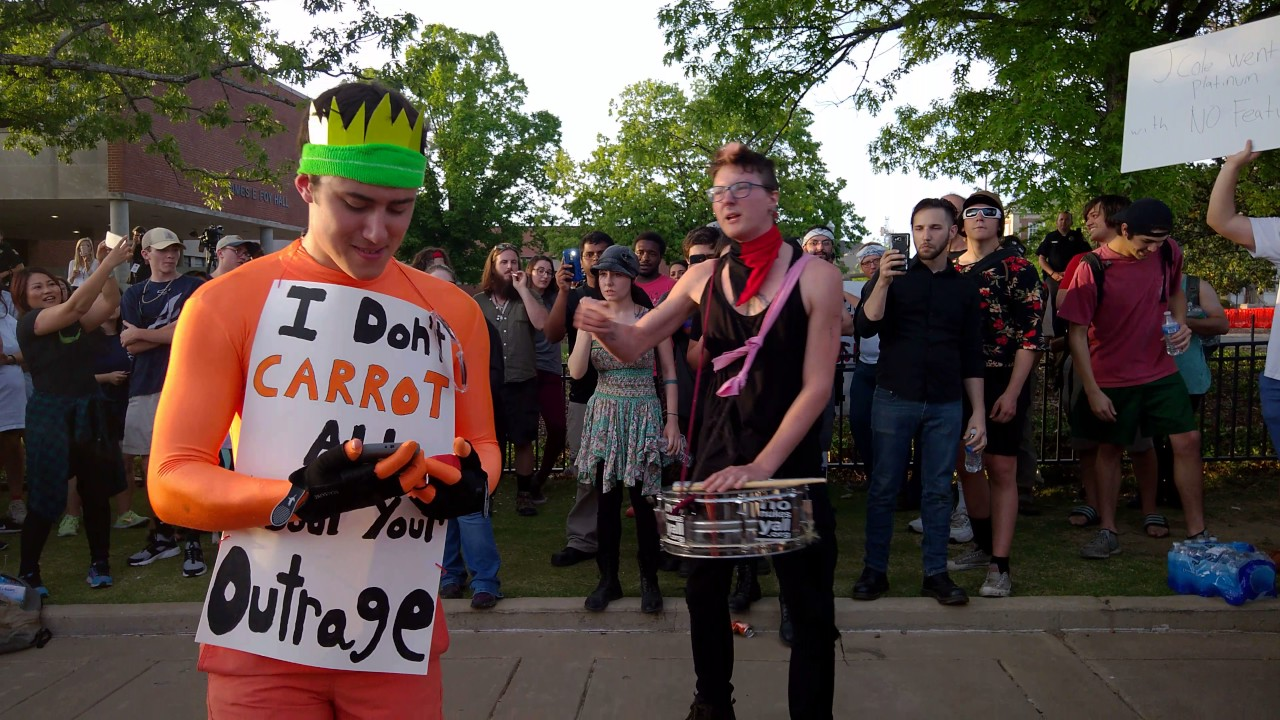 Trade schools and self-study offer better outcomes for many

College dropouts are doing just fine, bucking the stereotype. Some determined young people are skipping college altogether to pursue their business ideas. Many are also choosing trade schools, which require less time and tuition money, but graduates end up with a specific set of skills. Trade school graduates leave school prepared for the industry they enter, where they can earn much higher wages than many four-year degree-holders.

Young men in particular are leaving colleges in droves. Over the past decade, 30% of male freshmen dropped out before starting a second year. The journalists, psychologists, and sociologists who comment on this trend can’t figure out how to fit it into a narrative [emphasis mine]:

“This is very concerning to me,” Hunter Reed said. Young men — like all students, she emphasized — need support from a variety of groups to thrive in higher education.

“The most successful have a sense of place in college,” she said.

Stark, 28, studied computer science for a year and a half before leaving Metro State University to study on his own.

Now a software engineer for a music company in Denver, Stark also DJs at some of the area’s most notable nightclubs. “What I was getting in the classroom just didn’t jibe with me. I felt I could teach myself on the Internet,” he said.

He worked a fast-food job and then took a corporate gig to support himself while he studied on his own. The alternative, he said, was to work four years to get a bachelor’s degree and then another year or two to earn a master’s degree, then “go to work for some huge company and go home at night and live my life with my family. And that just didn’t sound appealing to me at the time.”

Notice the call for helping these poor young men “thrive in higher education” that precedes a small anecdote about one man who dropped out and ended up just fine. Later in the same article, the author says that young men shouldn’t assume they will do well if they drop out, but then equivocates by turning it into a gender wage-gap problem to explain how some men do seem to turn out fine after dropping out:

Observers say many young men delude themselves into thinking they are one idea away from being the next Bill Gates or Steve Jobs. They think they can make a fortune without a college degree, said Riseman. “As a result, they enter college with little sense of purpose and end up failing out,” he said. “While these dropouts imagine they can succeed without a degree, successful start-ups are rare.”

While young men without degrees, in general, land higher-paying jobs than their female peers, many of the top-paying jobs are in high-risk industries like oil and gas or manufacturing.

Tuition is increasing, but future earnings are decreasing

In another recent WSJ article, we see the financial consequences of these trends. While tuition keeps climbing across the country, the prospective earnings of graduates aren’t keeping up. There is a lot of variation across colleges and majors, but the overall trend is that the returns to a four-year degree are decreasing.

Since students are just getting started in life, it means that they must borrow to pay for these expensive degrees that don’t guarantee higher earnings. Total student loans are at $1.3 trillion and climbing. These loans have no collateral and cannot be dissolved through bankruptcy. 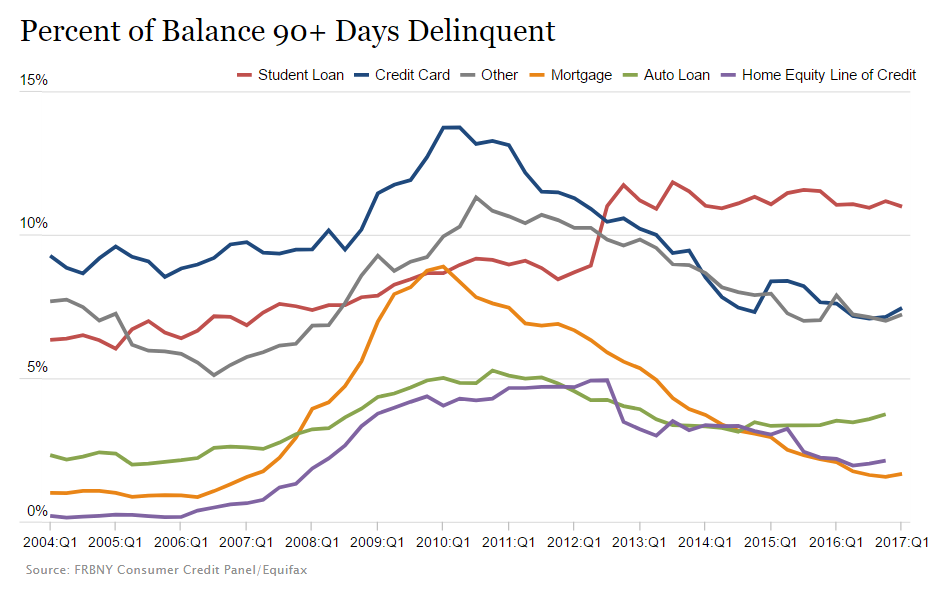 The New York Fed tracks the delinquency rate for different types of loans. As of the first quarter of 2017, total student loan debt was increasing the most and had the highest delinquency rate.

These trends are unsustainable. The higher education system seems to be suffering from both economic and cultural issues, but these two types of problems often cause each other in a feedback loop. The ultimate cause for both of them is political.

A Future in Austrian Economics