Employment Is Not the Key to Economic Growth

The US unemployment rate stood at 4.3% in July against 4.4% in the month before. The number of unemployed stood at 6.981 million – an increase of 4,000 from June. A relatively low unemployment rate is considered by most experts as an important factor for economic growth.

This way of thinking based on the view that a reduction in the number of unemployed means that more people can now afford to boost their expenditure. As a result, economic activity follows suit. If unemployment is an important driving force of an economy then it is valid to conclude that changes in unemployment are an important causative factor of real economic growth. 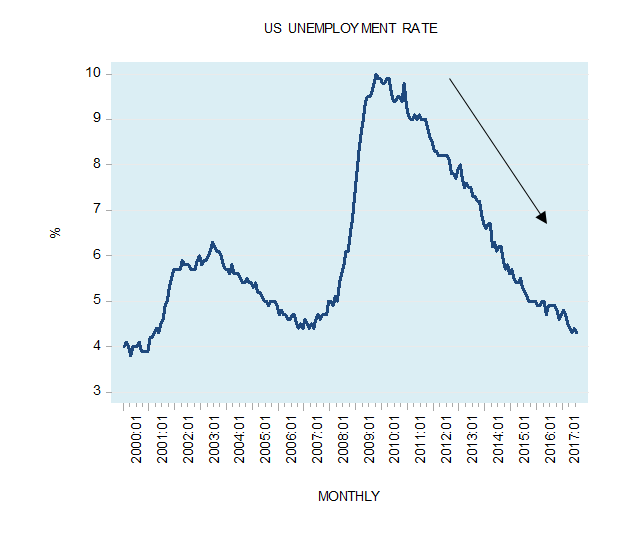 "The sine qua non of any lengthening of the process of production adopted is saving, i.e., an excess of current production over current consumption. Saving is the first step on the way toward improvement of material well-being and toward every further progress on this way."1

Real savings fund the enhancement and the expansion of the infrastructure. An enhanced and expanded infrastructure permits an expansion in the production of final goods and services required to maintain and promote individuals life and well-being.

If unemployment was the key driving force of economic growth then it would have made a lot of sense to eradicate unemployment as soon as possible by generating all sorts of employments. For instance, it would make sense to employ people in digging ditches, or various government sponsored activities. Again, the aim is just to employ as many people as possible.

Unemployment as such can be relatively easily fixed if the labor market were to be free of tampering by the government. In an unhampered labor market, any individual that wants to work will be able to find a job at a going wage for his particular skills. Obviously if an individual will demand, a non-market related salary and is not prepared to move to other locations there is no guarantee that he will find a job.

Over time, a free labor market makes sure that every individual earns in accordance to his contribution to the so-called overall “real pie.” Any deviation from the value of his true contribution sets in motion corrective competitive forces.

The better the infrastructure the more output an individual can generate. A higher output means that a worker can now command higher wages in terms of purchasing power.

The key for an enhanced and expanded infrastructure is the increase in the pool of real savings. Consequently, any government and central bank policies aimed at lowering unemployment by means of stimulus policies amounts to a policy of redistribution, which leads to economic impoverishment i.e. undermines the living standards of most individuals.

Most Fed policymakers and most economic commentators are of the view that a policy of keeping interest rates at near zero level could be helpful in boosting economic growth by activating the growth rate of banks’ lending.

The artificial lowering of interest rates cannot as such lift the supply of credit if the pool of real savings is in trouble. Banks just fulfill the role of intermediaries — they can facilitate available real savings. However, they cannot create real savings — the key for economic growth. Hence, bank activities as such cannot increase real economic growth.

The only credit that commercial banks can expand is credit out of “thin air,” or inflationary credit. The yearly growth rate of this type of credit stood at 7.8% in June against 17.8% in June last year. 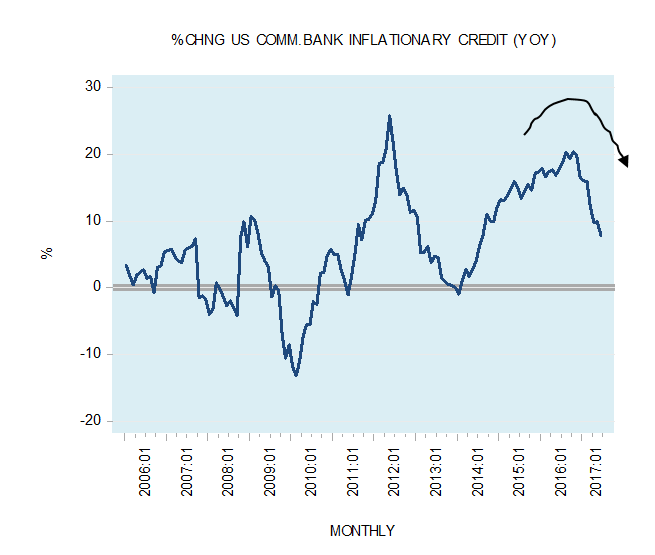 Furthermore, if the pool of real savings is in trouble then it is quite likely that banks will curtail their credit expansion out of “thin air,” which in turn will undermine the growth rate of the money supply as measured by the AMS. 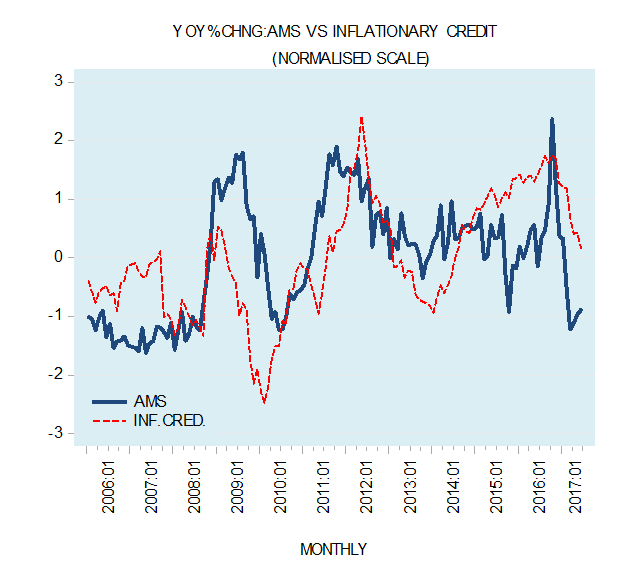 A possible visible decline in the growth rate of AMS is going to undermine various non-productive i.e. bubble activities. If the percentage of these activities out of total activities is above 50% this could result in a severe economic slump. Note that the slump is because of a likely demise of bubble activities. In this sense, this is good news for the economy since this will strengthen wealth generators and will lay the foundation for a genuine economic growth.

Also, note that the demise of bubble activities is going to be manifested by a sharp increase in the unemployment rate statistic. In this case, policy makers must stay out of the economy and let wealth generators to get on with the job of wealth generation. The build-up in real wealth coupled with a free labor market is going to absorb most unemployed individuals.

Policies aimed at “fighting” a high unemployment rate however, are likely to generate a further economic impoverishment and set in motion a prolonged economic stagnation.

Most commentators are of the view that the key for a healthy economic growth is to keep the unemployment rate at a relatively low level. Once more people employed, this is going to lift overall spending in the economy and consequently general economic activity will follow suit, so it is held. We suggest that unemployment is not the key issue for economic growth. What matters for individuals is not whether they employed as such but the purchasing power of their earnings. The key for this is the infrastructure individuals utilize in the production of goods and services. What permits an increase of the production of goods and services and hence raises people’s living standards is an expansion and the enhancement of infrastructure. What in turn permits this is an expanding pool of real savings. Contrary to popular thinking, the Fed’s and the government policies that are aiming at lowering unemployment do not improve people’s living standards, but on the contrary, they undermine the process of real wealth generation and thus set in motion an economic impoverishment.

Decentralization, Absolutism, and the Papal States

The Papal States offer a helpful case study in understanding the transformation of Europe in the nineteenth century. Unfortunately, Kertzer's study on the topic is couched in faulty notions of enlightenment and medievalism.

In a market economy, it is not the warlord or strongman who seizes control and lords it over his subjects. Rather, it is the common man as consumer who sets the terms for victory in the marketplace.

Three Reasons Why the Biden Tax Increase Makes No Sense

Biden’s tax increase plan does not make sense from a growth, revenue, or deficit perspective, and it does virtually nothing to address the real problem: ballooning spending on programs like Social Security.

The Fed Embraces Its Inner Zimbabwean

With Jerome Powell and Janet Yellen focusing on using monetary policy to manage climate change, the M1 money supply has gone parabolic, from just over $4 trillion in February to $18.6 trillion in March. This is right out of Zimbabwe's playbook.

Modern-day race theories—much like the standard racist theories of the past—assume that racial solidarity ought to be the overriding factor in all human behavior. Experience shows this is not at all always the case.