GET NEWS AND ARTICLES IN YOUR INBOXPrint
A
A
Home | Wire | Do Rich People Pay Their "Fair Share"?

Earlier this month, information from a Panamanian law firm was leaked which showed that many wealthy people had set up Panamanian shell companies to hide income and avoid taxes.

Out of 11.5 million leaked documents, only 211 people (.00006% of the US population) with US addresses (not all of them citizens) were implicated by the documents. Nevertheless, American politicians and members of the media seized on the leak as an illustration of how high-income Americans aren't paying "their fair share."

First of all, we must note that the very concept of "fair share" is misleading as it assumes everything governments do is absolutely essential, so it should just be accepted as fait accompli that government agents are the good and reliable stewards of the more than three trillion dollars in tax receipts that will be collected from taxpayers this year.

The core assumption at work here is that more good things could be done if only more people were paying more in taxes.

However, if non-wealthy taxpayers feel they're paying more than their fair share, they might want to reduce their own "share" by exploring cuts in both taxes and spending for everyone (including themselves), rather than demand that even more wealth be shipped off to government agents. After all, once that tax money is collected, we then pay all over again for government spending in the form of business cycles, market distortions, and political favoritism.

Most Everyone Pays Taxes

The idea that the rich need to pay more is the flip side of the argument made by high-income taxpayers who complain about the amount of taxes paid by lower income taxpayers. The "half of Americans don't pay tax" meme has been floating around for several years, and on April 15, for example, Marketwatch and other news venues ran headlines such as "45% of Americans Pay no Federal Income tax." That statement is technically true in a very strict sense, although the overwhelming majority of wage earners do pay tax on income via the highly regressive payroll tax which rivals the income tax in terms of total government revenue.

Some defenders of high-income taxpayers will even take things a step further and blur the lines between different types of tax. This will lead to outright false statements, such as this one by a Charles Schwab's Chief Invesmtment Strategist:

The phrase "only 55% of Americans pay taxes" isn't even close to true by any standard, but the repetition of such phrases help to perpetuate the idea that everyone owes some kind of "fair share" and that people — presumably people in some other socio-economic group — probably aren't paying theirs. If we don't all line up to pay our fair share, how will government do all those wonderful things it does?

The Rich Really Do Pay Most of the Tax Revenue

The payroll tax is a hefty tax no matter how rich or poor you are. Nevertheless, in terms of dollar amounts collected by governments, it is clear that higher-income people do supply most of the lucre.

The top one percent pays 37% of all revenues. Meanwhile, the bottom 50 percent of income earners (households making under approximately $30,000) pay about 3 percent of all income tax revenues. Looking at returns based on income level, Pew reports:

In 2014, people with adjusted gross income, or AGI, above $250,000 paid just over half (51.6%) of all individual income taxes, though they accounted for only 2.7% of all returns filed, according to our analysis of preliminary IRS data. Their average tax rate (total taxes paid divided by cumulative AGI) was 25.7%. By contrast, people with incomes of less than $50,000 accounted for 62.3% of all individual returns filed, but they paid just 5.7% of total taxes. Their average tax rate was 4.3%.

Using this data, we find that people making over $100,000 per year provide more than 70 percent of income tax revenue.

But what about payroll taxes? Pew continues:

after all federal taxes are factored in, the U.S. tax system as a whole is progressive. The top 0.1% of families pay the equivalent of 39.2% and the bottom 20% have negative tax rates (that is, they get more money back from the government in the form of refundable tax credits than they pay in taxes).

For example, for a single earner retiring at sixty-five in 1993, Social Security replaced 59 percent of taxed income for low earners, 44 percent for average wage earners, but only 25 percent for an earner at the Social Security tax cutoff. Higher income earners received far smaller return on their contributions than average earners, and less than half that of lower earners. Taxation of benefits for higher income retirees now increases this difference. In terms of lifetime net benefits, in 1992 dollars, a single low earner retiring in 2000 would net $27,983 from the system, an average earner, $14,833, but a high income earner would lose $23,129. 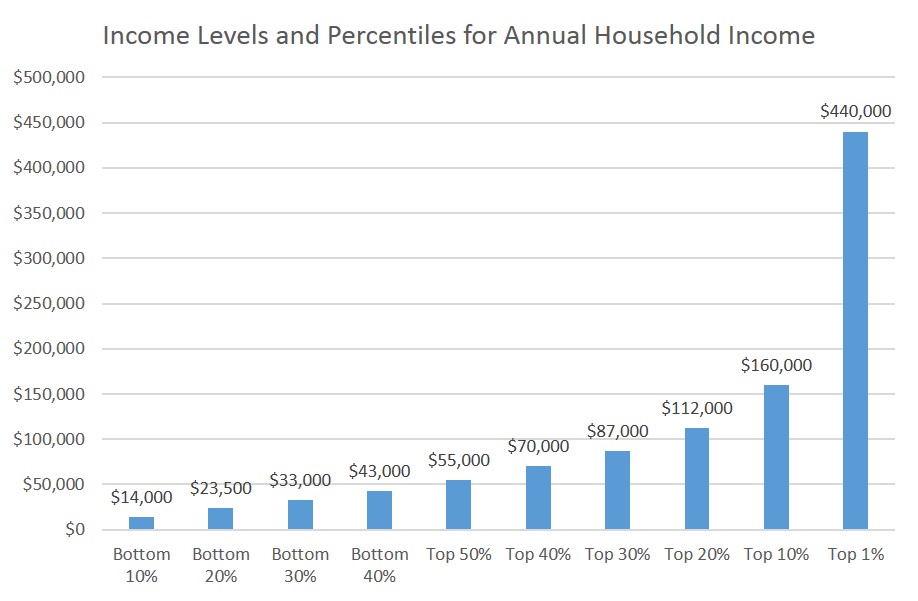 Another problem with the "fair share" narrative is that it assumes government spending produces a "good" that improves the economy. The truth, however, is that government spending only distorts the economy outside how people would have structured it in the absence of the tax. The very purpose of a tax, after all, is to allocate resources in a way that is different from what would have been done had people been left alone.

Moreover, there's no way to know if what the government spends is spent on something people really value or not. Yes, roads are often a good thing, but how can we know if a road built by a government at a specific place at a specific time is really what people want? Perhaps those resources should have been spent on a skyscraper, or on small businesses, or on health care.

The only way to know if money is being spent in a way that reflects the needs and wants of the owners is to allow the owners to spend it themselves, or to convince them to give it away.

When governments spend money, on the other hand, they allocate resources arbitrarily based on the relative power of various political interest groups.

Thus, resources that have been taxed are misallocated, and allow government to pick winners and losers based on the whims of the ruling classes, rather than the desires and needs of consumers.

Therefore, when would-be taxpayers manage to avoid taxes, or to reduce their tax liability, we should be thanking them for keeping more resources out of the hands of government before it can be misallocated to suit the wants of the politically powerful.

As Murray Rothbard pointed out, it is important to keep in mind that the process of spending tax dollars is just as damaging as the process of collecting them. By avoiding the payment of taxes, tax avoiders do indeed help themselves personally, but they also benefit all of us, by preventing that money from being used to further distort the economy.

Rich People Spend and Invest the Money They Keep

Even though the federal government collected a record amount of taxes last year — to the tune of $3.2 trillion, or a sum equal to 27% of the private economy — we're supposed to believe that the government is somehow being deprived of what it deserves.

We shouldn't be worried. Nowadays, American governments have more access to more vast amounts of wealth than any previous government or group of governments in the history of the world. They're doing fine for themselves.

However, even when high-income earners manage to deprive governments of some of their earnings, that money doesn't disappear from the world. Like everyone else, rich people like to spend their money or make money off it by investing it. This happens much to the benefit of salespeople, contractors, brokers, borrowers, retailers, and a myriad of other non-rich people who make a living out of separating the wealthy — voluntarily — from their money.

But, even if the rich did hoard their money in a mattress somewhere, that would simply increase the earning power of all the dollars that weren't under a mattress, making the rest of us wealthier in real terms.

The Side Effects of Enhancing State Power

In any case, enhancing the power of the state by making more people pay what we imagine to be a "fair share" is simply laying the groundwork for more powerful special interests, more government-chosen winners and losers, and more control over the lives of ordinary people.

As Ludwig von Mises pointed out long ago, true democracy is not found in distributing resources to suit the political ruling class, but in allowing the world's billions of ordinary people to shape the world according to their own own values:

The capitalists, the enterprisers, and the farmers are instrumental in the conduct of economic affairs. They are at the helm and steer the ship. But they are not free to shape its course. They are not supreme, they are steersmen only, bound to obey unconditionally the captain's orders. The captain is the consumer.

On the other hand, when the U.S. government extracts more then 3 trillion dollars from the taxpayers, it only takes away freedom of choice from those consumers, while also taking away the resources they might have obtained in the form of wages, investments, and gifts. All those resources have instead been thrown into the Treasury where they will be spent in a way calculated to best help members of Congress get re-elected.