The Economics of "Free Stuff" 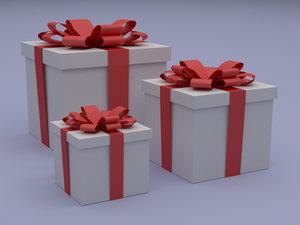 Tags Taxes and SpendingSubjectivismValue and Exchange

The perennial promises of free stuff from political candidates are front and center again now that we are ensnared in another US election cycle. The knee-jerk response from some economists and libertarians is “TANSTAAFL!” And of course it’s true that There Ain’t No Such Thing As A Free Lunch, because somebody must bear the costs of the supposedly “free” stuff. Nothing is free because every action has an opportunity cost.

Especially when the government is involved in doling out the gifts, all it means is that it was bought with money taken from others. Or, sometimes, the money is taken from the person receiving the gift, who thinks he’s gotten something for nothing. (This is a sleight-of-hand political trick that has fooled many for centuries.)

But what if we interpret “free” in a more colloquial sense? Is it still preferable for the government to give away free stuff? Do unhampered markets provide for free stuff?

Today’s promises include free college, free healthcare, free paid time off of work, and all sorts of goodies. Although the above conclusion (no such thing as “free”) applies to all of these, I want to consider a different, more liberal definition of “free”: gifted.

For example, if Bernie gives Jonathan an apple that Bernie either grew in his orchard or bought at the store and Bernie expects nothing in return, the apple is a free gift from Bernie to Jonathan. The production, purchase, and loss of the apple is costly, but Jonathan bears none of these costs. Jonathan would technically have to expend some time and effort to hold and consume the apple, and he would lose an apple’s worth of carrying capacity on his person, but ignoring these and other technicalities, we can casually say that the apple is a free gift from Jonathan’s perspective.

There are innumerable scholarships offered by individuals, organizations, and colleges who want certain students to attend college. Organizations like St. Jude’s, Doctors Without Borders, and Operation Smile offer freely given medical services to patients. And many businesses already allow their employees vacation days, medical leave, and family leave without them skipping paychecks, although there is an important caveat here that this would be priced into their regular salary or wage unless the employing entrepreneurs want to give from their own means.

This is all not to mention the freebies, BOGO coupons, “freemium” apps, and other marketing strategies retail stores employ.

Why Do People Give Gifts?

First, we must have more than we want to keep for ourselves.

Widespread abundance like this is only possible with relatively unhampered markets and roundabout production in place, where entrepreneurs are correctly guessing consumer demands and a large capital structure made possible by saving yields plenty of consumer goods. We have to create wealth before we can exchange it, consume it, or give it away.

But once we have such an abundance of means, the reasons for giving are countless and outside the scope of economics. An altruist might give out of generosity, but even a greedy businessman could give because of increased storage costs for all of their inventory, or as a plan to attract customers.

It should be noted that self-interest motivates both the altruist and the greedy businessman. The altruist’s actions are self-interested because he is satisfying one of her own ends by relinquishing ownership of the donated means to somebody else.

When the giver gives voluntarily and the receiver accepts the gift, we can say it represents a mutually beneficial arrangement. The same cannot be said for forced redistribution.

When Bernie gives Jonathan the apple, Bernie is satisfying the highest ranked end he has for that apple. If, however, Bernie stole the apple from somebody else before giving it to Jonathan, then we can say with certainty that the exchange of the apple is not mutually beneficial.

The same goes for college scholarships and medical care. If the government takes the means to give somebody free college, then it does not represent a mutually beneficial arrangement, or else the individual would have voluntarily donated the money for the student to go to school.

Unlike private charities and scholarship funds, the government has no reason to dispense the gifts prudently or to minimize their own cut to maintain a donor base that is confident their donations are used efficiently and for the intended cause.

Forced redistribution also tends to spur bitterness and conflict, as opposed to gratitude and goodwill.

Proponents of Free Stuff Should Look to Capitalism, not Redistributionism

The conclusion we can draw here is that we get just the right amount of “free” stuff through the voluntary interactions of individuals in unhampered markets. And, not only that, but as capitalistic economies inevitably grow and the people become increasingly wealthy, charitable giving can increase as well. As the supply of goods that satisfy our ends gets larger, those marginal goods are more likely to be valued in terms of giving them away rather than keeping them ourselves.

Therefore, those that desire more free stuff should try to encourage more voluntary giving (maybe even leading by example), not forced redistribution. They should also be the loudest proponents of unhampered markets as any voluntary giving must come from wealth that has already been created and in such abundance as to allow for greater giving.